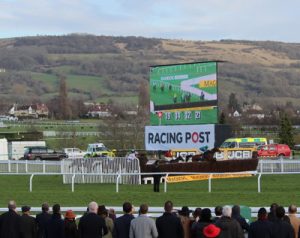 At the top end of jump racing come graded races, with Grade 1 and Grade 3 covered elsewhere on the site. Grade 2 races are the ones that come somewhere in the middle of them both, yet are just as worthy of being written about as the Grade 1 races that they hope to one day be upgraded to. This is evidenced by the fact that there are numerous top Grade 2 races run each year.

At the Cheltenham Festival alone there are two to speak of. The National Hunt Challenge Cup is usually run on the opening day of the meeting, whilst the Dawn Run Mares’ Novices’ Hurdle traditionally takes place on St. Patrick’s Day. A look at other meetings also sees some major Grade 2s, as we’ll explain in more detail here.

Grade 2 Races At The Cheltenham Festival

Grade 2 Races At Other Cheltenham Meetings

The Graded races in the National Hunt calendar are the ones that are considered to be of the highest quality. There aren’t necessarily any specific rules put in place for the races, with the main thing being that the Pattern Committee believe that they deserve to be considered important events.

Grade 2 races are similar to Grade 1 offerings insomuch as they are mostly Weight-For-Age events. The big difference is that in Grade 2 a horse’s previous wins are taken into account. Horses that have won races will have extra weight added compared to those that haven’t. With around 70 races being in Grade 2, it’s difficult to speak about them in an all-encompassing manner.

A Grade 2 race could be either a steeplechase or a hurdle, for example. They could even be a bumper, which is another term for a National Hunt flat race. Sometimes they could be for juvenile or novice horses, whilst other races take no such thing into account. Equally they are often of different lengths and have a varying number of jumps.

Some Grade 2 races are run as Limited Handicaps, which are similar to normal handicaps apart from the fact that the weight range is smaller.

The best way of explaining how Grade 2 races can be so different from each other is to have a look at a selection. For this purpose we’ve limited ourselves to races run at Cheltenham Racecourse, simply because there are enough to demonstrate what we’re talking about.

Run over 3 miles, 5 furlongs and 201 yards, the National Hunt Chase is for novice chasers aged 5 and over. The weight for 5-year-olds is 11 stone and 4 pounds, whilst for 6-year-olds and over it’s 11 stone and 6 pounds, with mares given a 7 pound allowance. There are 23 fences during the course of the race and it’s for amateur jockeys.

The National Hunt Chase is, in many ways, the race that is responsible for the Cheltenham Festival. The National Hunt Committee’s decision to move the race to Prestbury Park permanently in 1911 was seen as the catalyst for the meeting that we now know as the Festival, with the other races being built around it.

One of those other races is the Dawn Run Mares Novices’ Hurdle, which is limited to mares and run over 2 miles and 179 yards. It has 8 hurdles for the horses to jump, so you can already see the difference between it and the National Hunt Chase. Horses aged 4 have a weight of 10 stone and 9 pounds, whilst those aged 5 and over have 11 stone and 2 pounds.

Taking place over 2 miles, 4 furlongs and 127 yards, there are 17 fences for the horses to negotiate during the Silver Trophy Chase. This is a Limited Handicap race, aimed at horses aged 5 and over. It is the feature race of the first day of the April Meeting at Cheltenham and was established in 1986.

Open to horses aged 5 and over, the Dipper Novices’ Chase is run over 2 miles, 4 furlongs and 127 yards. It has 17 fences during its running and is one of the races that takes place at Prestbury Park on New Year’s Day, having previously been run at Newcastle until 2005. It was run for the first time in 1980.

Another New Year’s Day race is the Relkeel Hurdle, which is for horses aged 5 and over. It features 10 hurdles over a distance of 2 miles, 4 furlongs and 56 yards. Named in honour of Relkeel, a horse that won the Bula Hurdle at Cheltenham three times, it was run for the first time 1988 and upgraded to Grade 2 in 2006.

A race for 4-year-olds, the Finesse Juvenile Novices’ Hurdle takes place during the Festival Trials Day meeting. It was debuted in 1985 and is run over 2 miles and 179 yards, with 8 hurdles to jump. It’s seen as a trial for the Festival’s Triumph Hurdle, with Katchit and Defi Du Seuil being examples of horses that have won both races.

Run over 3 miles, 1 furlong and 156 yards, the Cotswold Chase is for horses aged 5 and up. It features 21 fences and is part of the Festival Trials Day meeting. That’s because it’s something of a trial for the Cheltenham Gold Cup, which gives you an indication of the race’s perceived importance. It was first run in 1980.

One of the main trials for the Stayers’ Hurdle that is run during the Cheltenham Festival and part of Festival Trials Day, the Cleeve Hurdle is for horses aged 5 and over. There are 12 fences to be jumped over the 2 miles, 7 furlongs and 213 yards of the race. First run in 1983, it’s taken place over difference lengths and was made a Grade 2 race in 2004.

10 hurdles are in place over 2 miles, 4 furlongs and 56 yards for the Classic Novices’ Hurdle, which is for horses aged 4 and up. It’s part of the Festival Trials Day meeting and was first run in 2005.

One of the races in the November Meeting, which used to be known as the Open, the Hyde Novices’ Hurdle is for horses aged 4 and over with the following weight information:

It’s run over 2 miles and 5 furlongs, with 10 hurdles during that. The race attained Grade 2 status in 2008 after having been run at various levels and under numerous different titles.

A race for juvenile and novice hurdlers aged 3, the race is run over 2 miles and 87 yards and presents competitors with 8 hurdles during its running. As with the Hyde Novices’ Hurdle, there are penalties for horses that have done well in previous races. The weight is 10 stone and 12 pounds, with fillies given a 7 pound allowance and the following penalties in play:

As the name suggests, this race takes place at Cheltenham during the November Meeting. It was formerly known as the Coventry Novices’ Chase and took on its current moniker when it was given Grade 2 status in 1994. It’s for horses aged 4 and over and is run over 1 mile and 7 furlongs, with 12 fences to be jumped.

Also known as the Supreme Trial Novices’ Hurdle, the Sharp Novices’ Hurdle is for horses aged 4 and over. It’s run over 2 miles and 87 yards, with weight information of 11 stone and 0 pounds plus a 7 pound allowance for fillies and mares. There are also 5 penalties for Class 1 Weight-For-Age race winners and 3 pound penalties for Class 2 wfa and Class 1 handicap hurdle winners.

A race that takes place over 2 miles, 7 furlongs and 213 yards, the Bristol Novices’ Hurdle has 12 hurdles to be jumped. It’s scheduled to take place in December and is received its present distance in 1994, which was also when it was made a Grade 2 race. It’s a race for novice hurdlers and enjoyed a close sponsorship relationship with the vegetable growing company Albert Bartlett.