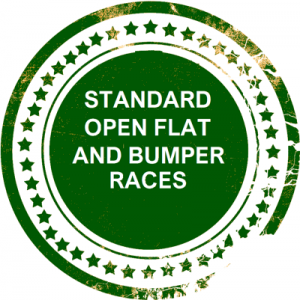 For those uninitiated in the world of horse racing, it’s understandable that the idea of there being flat races during a jump race meeting could be confusing. After all, there are jump racing meetings and flat race meetings, so why would the two ever cross paths? That especially the case when you consider that the different meeting types take place at different points in the year because of things like the weather.

If you attend a flat race meeting you’re not going to see a jump race sidled onto the end of the race card, so why are things different when it comes to jump racing? In the world of horse racing, the younger a horse is the faster it is likely to be. That’s why younger horses tend to take part in flat racing and jump racing waits until the horses are older before testing them over fences. They still need experience, though, which is where those flat races come in. 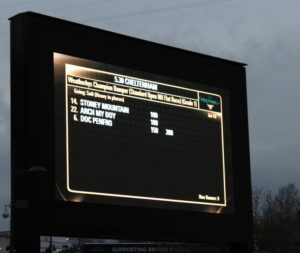 Flat races that take place during a jump race meeting are often referred to as either standard open flat races or bumpers. They are flat races, meaning that there are no jumps involved, but they are still run under National Hunt rules.

The history of the race can be dated back to the 15th of July 1891, when stewards of the British and Irish National Hunt Committee had a conference and decided to abandon the distinction between handicap horses and hunters.

Instead a new set of amalgamated rules were created. They said the following:

“A horse shall be deemed qualified to run for a National Hunt Flat Race which has not run after the age of three years, or won after the age of two years, under the recognised Rules of Flat Racing in any country, which has been placed first, second, or third in a steeplechase in Great Britain or Ireland, and which has jumped all the fences and completed the whole distance of the race to the satisfaction of, at least, two of the Stewards, to whom previous notice have been given in writing through the Clerk of the Course.”

Nowadays, National Hunt flat races are restricted to horses under the age of 7 that have not previously been running under another form of racing apart from French AQPS races and National Hunt flat events. They are used by trainers that want to give their horses some experience of what it’s like to race on a professional course but do not feel that their charges are yet ready to take on the more challenging jumps aspect of racing.

Bumpers generally tend to be put at the end of the race card, considered as they are to be the least enjoyable of the races at a meeting. The name ‘bumper’ is based on the low quality of the race, with amateur riders tending to be the only ones that were allowed to take part in the races in the past and their ‘bumpy’ and ungainly style of racing was less attractive to watch than professional riders in the other races.

As with so many different race types on the National Hunt calendar, there are very few specific rules for bumper races that all of them must adhere to. Indeed, the only one that is an absolute is that the race type does not feature any jumps of any kind and they are run on the flat. They tend to take place over a distance of between 13 and 20 furlongs, but even this is not set in stone, with each meeting allowed to set their own rules and regulations.

The other rules that are applied to bumper races are, of course, the National Hunt rules that are in place for jump racing. This means that the horses must have been bred for jump racing, hence the reason they’re getting an experience of running in jump meetings despite there being no obstacles involved. Things like no starting gates being used come into effect here too.

The best way to give you an idea of the manner in which National Hunt flat races are so similar to each other is by looking at some specific examples. The most obvious is also the most prestigious, which is the Champion Bumper during the Cheltenham Festival.

First run in 1992, the Champion Bumper takes place over 2 miles and 87 yards. It is run left handed on the Old Course and is open to horses aged between 4 and 6. The following weight information is at play:

A Grade 1 race, it was initially known as the Festival Bumper and has had numerous different sponsors since its introduction to the Festival. When Weatherbys took over sponsorship duties in 1997 the race’s moniker was changed to its current one.

The race is the National Hunt’s most prestigious flat race. Horses that run in it have been known to go on to have excellent careers as jumpers. Examples include Dunguib and Florida Pearl. It is not known for flat racing jockeys to get jump racing licences in order to take part in this race.

Taking place about a month after the Champion Bumper is the Champion Standard Open NH Flat Race, which is run during the Grand National meeting at Aintree. The Grade 2 race is for horses aged 4 to 6 and is run over 2 miles and 209 yards.

Established in 1987, the race received its Grade 2 status in 1995. As with the Champion Bumper, which horses will often run before taking part in this event, it has had a number of different sponsors over the years.

Not specific races, exactly, but Jumpers’ Bumpers are race meetings help at National Hunt racecourses that are specifically designed to give younger jump racing horses a chance to take part in some competitive racing at a time when racing is limited for some reason.

If there are periods of bad weather, for example, then a course with all-weather capability might well step forward to offer the chance for NH horses to race. In 2020 both Wolverhampton and Newcastle Racecourses offer Jumpers’ Bumpers opportunities for any National Hunt horse.