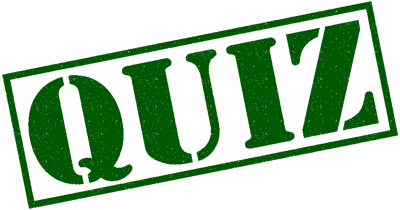 Let’s be honest, everyone loves a quiz. In the world of horse racing, few events are as well-known and beloved as the Cheltenham Festival, so put those two things together and you’ve surely got yourself a brilliant combination.

Here’s a quiz that will hopefully test your knowledge of one of the greatest race meetings anywhere on the planet, but be warned: it’s not an easy task!

1: Which day of the Festival is St Patrick’s Day, Day 1, 2, 3 or 4?
Day 3
2: Was more or less than £500 million bet on the Festival in 2022?
More
3: Queen Quevega holds the record at the Festival for the number of consecutive wins in the same race, but how many Mares’ Hurdles in a row did she win?
6
4: To the nearest 10,000, roughly how many pints of Guinness are drunk during the Festival?
300,000
5: To the nearest 10,000, how many people pass through Cheltenham Spa Train Station over the four days of the meeting?
100,000
6: Norton’s Coin won the Gold Cup in 1990 as one of the longest-odds horses to do so, but what were his odds?
100/1
7: To the nearest Million roughly how much does the Festival contribute to the wider Cheltenham region?
£160 million
8: Which of these is not a real race run during the Festival? The Adam Smith Stakes, the David Nicholson Mares’ Hurdle, the Fulke Walwyn Kim Muir Challenge Cup
The Adam Smith Stakes
9: Which race at the Cheltenham Festival has been taking place for the longest?
The Grand Annual Chase
10: In what year was that race first run?
1834
11: Which former Great Britain cyclist made her Festival debut in the Foxhunter Chase in 2016?
Victoria Pendleton
12: AP McCoy was one of the Festival’s most successful jockeys before his retirement, but how many winners did he ride, 30, 31 or 32?
31
13: To the nearest 1000 what is the maximum attendance that Cheltenham Racecourse can handle on any one day of the Festival?
74,000
14: Best Mate, Arkle and Golden Miller have all been big horses in the Gold Cup, but which of them won the race with the shortest starting odds?
Arkle
15: How many fences are jumped during the course of the Gold Cup, 18, 20 or 22?
22
16: My Way De Solzen won the World Hurdle in 2006 and followed it up with a win in which race in 2007?
The Arkle Challenge Trophy
17: An outbreak of Foot & Mouth Disease caused the Festival to be called off in which year?
2001
18: Aidan O’Brien has had many winners at the Festival, but what was the name of his 3 time Champion Hurdle winner?
Istabraq
19: British and Irish horses go head-to-head each year in which competition?
The Prestbury Cup
20: Why did Caroline Beasley make history on the back of Eliogarty in the 1983 Festival?
First woman to win a Cheltenham Festival race
21: With 5 consecutive wins between 1932 and 1936, which horse is the Gold Cup’s most successful?
Golden Miller
22: Pat Taaffe won the Gold Cup 4 times during his career, with 1 win coming on Fort Leney in 1968 and the other 3 coming on which horse?
Arkle
23: In terms of number of people who attend, Cheltenham is second to which race meeting, Glorious Goodwood, the Grand National, Royal Ascot, the Epsom Derby or the King George at Kempton?
Royal Ascot
24: What is the maximum number of horses that can enter the Gold Cup each year, 17, 24 or 29?
24
25: Within a range of 5000, roughly how many people attend the Festival as hospitality customers over the 4 days?
40,000
26: Coneygree and Don Cossack won the 2015 and 2016 Gold Cups respectively, but which horse was runner-up both times?
Djakadam
27: Who owns Cheltenham Racecourse?
Jockey Club Racecourses
28: How many individual courses are there at Cheltenham Racecourse?
3- The Old Course, the New Course and the Cross-Country Course
29: Cheltenham Racecourse is located in the English county of…
Gloucestershire
30: What is the name of the auditorium at Cheltenham Racecourse?
The Centaur
31: What is the informal name given to the cheer that emanates from the crowd when the first race of the Festival gets underway?
The Cheltenham Roar
32: Established in 1959 and originally known as the National Hunt Two-Mile Champion Chase, what name was given to the race in 1980 to celebrate the 80th birthday of Elizabeth Angela Marguerite Bowes-Lyon?
Queen Mother Champion Chase
33: Albertas Run and Allaho have won which race at the Festival more than once, being the only horses to do so in that race ahead of the 2023 Festival?
Festival Trophy (Ryanair Chase)
34: In which year was the fourth day added the Festival’s roster, 1981, 1992 or 2005?
2005
35: French-trained horse Baracouda won which appropriately named race twice in his career, making him one of the most successful foreign horses?
The World Hurdle (now known as the Stayers’ Hurdle)
36: Which horse won the Cleeve Hurdle twice and the Stayers’ Hurdle 4 times in his career?
Big Buck’s
37: Prior to 2023, which was the last grey to win the Gold Cup?
Desert Orchid
38: Which horse has ran at the Festival the most times, Royal Auclair, Hardy Eustace, Our Vic or Le Duc?
Royal Auclair (8 times)
39: How many races take place over the 4 days of the Festival?
28
40: Which jockey has racked up the most wins on a single day in Festival history?
Ruby Walsh
41: The Triumph Hurdle is the country’s leading jump race for juveniles, but how old can horses be that are taking part in it?
4-years-old
42: Only one trainer has won the Gold Cup, Champion Hurdle and Champion Chase in the same year, who was it?
Henry de Bromhead 2021
43: Willie Mullins holds the record for the most winners at the Festival, prior to 2023 how many winners has he trained?
88
44: The amusingly named Willie Wumpkins enjoyed a 1973 win in the Baring Bingham Novices’ Hurdle and 1979, 1980 and 1981 wins in which race?
The Pertemps Final
45: Tied Cottage won the Gold Cup in 1980 but was later disqualified because he tested positive for a banned substance. Which horse is therefore in the records books as being the winner of the race that year?
Master Smudge
46: Willie Mullins holds the record for the most wins in a single Festival, how many did he manage?
10 (2022)
47: Rachael Blackmore became the first female jockey to achieve three major feats at Cheltenham prior to 2023, name them.
Won the Champion Hurdle (2021 & 2022), top jockey (2021), won the Gold Cup (2022)
48: Which Classics winning jockey surprised everyone when he won the Champion Bumper on the back of Pizarro in 2002?
Jamie Spencer
49: What is the record attendance at Cheltenham for the entire Festival, to the nearest 5000?
280,627 (2022)
50: What year is commonly considered to be the first year of the Cheltenham Festival?
1860

What was the name of the last horse to win the Gold Cup more than once?
Al Boum Photo
Rachael Blackmore became the first female Jockey to win the Champion Hurdle in 2021, what horse did she win on?
Honeysuckle
Tiger Roll famously won two Grand National races, he also holds the record in the Cross Country Chase at Cheltenham, how many times did he win it?
3

How did you get on? Here’s our rating: