Day One of the Cheltenham Festival comes towards a close with a race that is worth watching for clues about the future. The Novices’ Handicap Chase is only open to novice chasers, so it’s an opportunity for horses that have not previously won a steeplechase prior to the start of the season to put in a good race at one of the most famous courses in the world.

There were a number of new events brought in 2008 when the Festival changed from being a three day event to having a fourth day, of which this was one. The race was sponsored by Jewson from 2005 until 2010, then Pulteney Land Investments sponsored it in 2012, Rewards4Racing did so in 2013 and 2014 and Chaps Restaurants Barbados sponsored it in 2015. In 2016 it became the Close Brothers Novices’ Handicap Chase and then the Northern Trust Company took over in 2020.

The The Novices’ Handicap Chase was removed from the Cheltenham Festival 2021 schedule to make room for a new Grade 2 Mares’ Chase over the same distance, two miles four furlongs, on Gold Cup Day.  This race on Champion Day has been replaced by Fred Winter Juvenile Handicap, which has moved from Ladies Day.

This ends a 15 year run for the Novices’ Chase at Cheltenham that was first run in 2005 when a fourth day was added to the festival.  It moved to Champion Day in 2011 and is notable for Rachel Blackmore’s win with A Plus Tard in 2019, her first Cheltenham success.  The race will now be held at the Imperial Meeting at Sandown 3 days before the Festival starts.

The fact Novices’ Chase was a Listed Race and one of the only non-grade races at the Festival put it in the firing line as one of the races to be axed, the fact it is replaced by a Grade 2 Mares’ Chase is designed to increase the level of Cheltenham races further.  The Cheltenham course clerk also pointed out that many novices’ opportunities exist at Cheltenham while there are only two Mares’ races.  Increasing the number of Mares’ races is hoped to help maintain the breeding industry for young fillies’.

This is a Listed race, meaning that it’s just below a Grade 3 event. It is run left-handed on the Old Course over two miles and four and a half furlongs.

It is for novice chasers aged five or older and it is a handicap race so there’s no weight restrictions. Instead horses must have a handicap rating of between 0 and 140 in order to take part in the race and the handicapper will apply weights in order to ensure a level playing field. They will have to jump sixteen fences in order to complete the circuit.

The truth is that there isn’t a huge amount of trivia to tell you about this race, which isn’t shocking considering it’s relative youth when compared to some of the more traditional races during the Festival. What we can say is that no horse has won it more than once, Because it’s a novice’s race.

When it comes to the riders, Graham Lee is the joint most successful jockey with two victories. He picked up his first win on L’Antartique in 2007 then won it again on Divers in 2011. Both of them were trained by Ferdy Murphy, making him the most successful trainer of horses to win the race.

Mattie Batchelor’s win in the race’s inaugural season in 2005 was so impressive that it later won the Lester Award for the Jump Ride of the Year. In 2011 the Cheltenham Festival was celebrating its centenary, so this race was renamed for the year in honour of that celebration. Nothing else was different about it except for the fact that it was given the title of the Centenary Novices’ Handicap Chase as a one off. 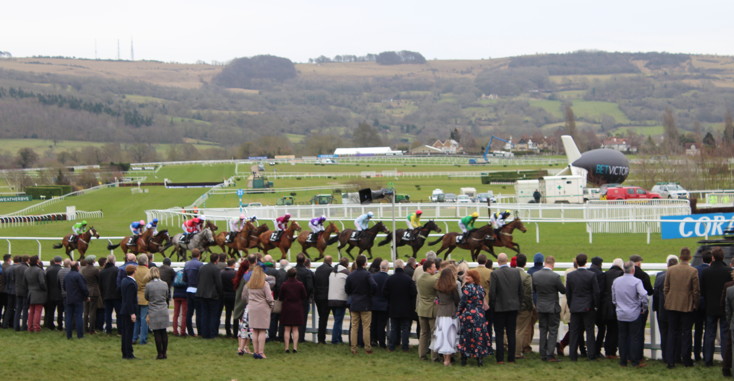 The penultimate race of the day is worth watching because it is both open to novice’s and a handicapped event. That means that it is about as level a playing field as it’s possible to witness at the Cheltenham Festival, with the horses unable to use muscle memory from previous wins to power them over the line. The fact that it’s handicapped also means that there’s no real advantage for one horse over any of the others and instead they’ll all run feeling about the same as each other.

From a betting point of view, this race is a dream. Of course there’ll be favourites and it’s worth bearing in mind that horses get to enter the race by not having won anything before the start of this season, so the previous months might point towards which horse is worth taking a punt on. That said, it’s still very much an open field more often than not, so do some research and get a feel for how the course is running on the day. This isn’t the same sort of race as the likes of the Champion Hurdle in terms of prestige, but ignore it at your peril.

Let’s be truthful about this, there’s a reason that the Cheltenham Festival organisers have put this race towards the end on the first day. They know it doesn’t hold the racegoers’ attention in the same way that some of the more formidable races do.

Still, it’s well worth watching and having a flutter on for all of the reasons that we’ve gone into above. Not one of the oldest races of the week, but it’s got the potential to last the distance.