As the Cheltenham Festival progresses from one day to the next the arrival of the Gold Cup begins to dominate the thoughts of all involved in the world of horse racing. As we’ve already pointed out when talking about the Champion Hurdle and the Queen Mother Champion Chase, however, the week of Cheltenham isn’t called a ‘Festival’ for no reason. It is filled with exciting races and moments of genuine prestige, so it should come as no surprise that Day Three offers another race worthy of its own page.

Unlike the previous two races of the Festival that we’ve covered on the site, The Stayers’ Hurdle doesn’t take place on the Cheltenham Old Course. Instead it begins to get punters ready for that most famous of races, the Gold Cup, by moving the action over to the New Course where the big one will happen on the last day of the meeting. A National Hunt Grade 1 race, the Stayers’ Hurdle deserves the same degree of respect as the other ‘Big Four’ races that take centre stage at the Cheltenham Festival. Here’s what you need to know about its past, as well as some interesting trivia from over the years.

The first of the four major races of the Festival to be run on the New Course, this left-handed ride is for horses of four-years-of-age and older. It’s a three mile race, or 4,828 metres, so the weight allowance is eleven stone for four-year-olds and eleven stone ten pounds for five-year-olds and upwards. There’s an allowance of seven pounds for both mares and fillies. Much like with the Queen Mother Champion Chase, there are twelve hurdles that must be cleared.

There are many reasons why wars are bad, with the fact that horse races get abandoned being very low down on the list. Nevertheless, the Stayers’ Hurdle was not run at all between 1916 and 1919 because of the First World War. Likewise the Second World War caused the race to be called off from 1939 through to 1945.

War isn’t the only thing that has caused the Stayers’ Hurdle to be abandoned over the years. The race was called off in 1931, 1947 and 1949 because of frost and snow, and in 1937 because of flooding.

A horse named Balasani caused disappointment for punters when it came second by a short head in 1994. Disappointment was followed by ecstasy, however, when it was eventually awarded the win because the horse that came first, Avro Anson, was relegated for ‘causing interference’.

If you’ve read any of our other in-depth pages on the ‘Big Four’ races at the Cheltenham Festival then you won’t be surprised by what we’re about to tell you. In 2001 the entire meeting was called off because of an outbreak of foot-and-mouth disease. A replacement took place in a less prestigious capacity at Sandown Racecourse, though the winners of the races aren’t included in historical lists of winners.

The youngest age at which a horse has won the race is four. That has happened on two different occasions, firstly in 1932 when Icy Kiss won it and then again in 1934 when Fobdown had the honour.

If you’re willing to look back as far as when the race was first run in any format back in 1912 then the oldest horse to win it was Zarane, who did so in 1927. If you only want to know about the modern era, however, then Crimson Embers is the horse for you, winning it as an eleven-year-old in 1986. Several nine-year-olds have won the event between 1912 and now, including Big Buck’s in his fourth and record win. 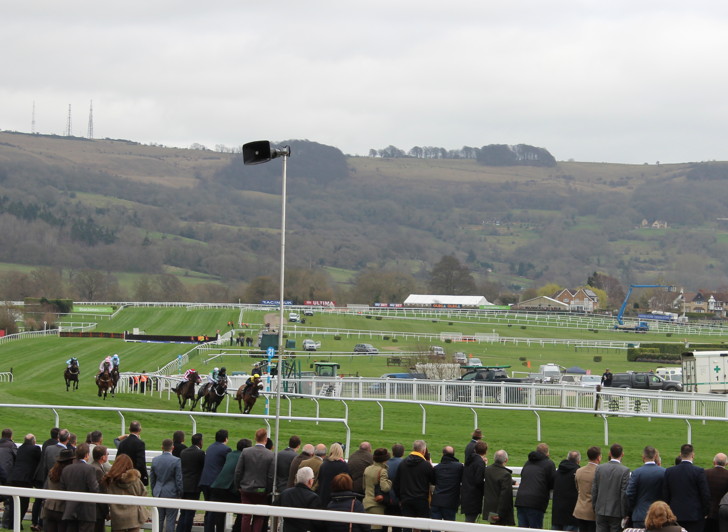 Run for the first time at Prestbury Park in 1912, the Stayers’ Selling Hurdle as it was then known was a Weight for Age Selling even. As such the winning horse ended up being sold for £50 after the race. Despite its immediate popularity, the race hasn’t always been on the calendar of the Festival. It was dropped for the first time in 1928 and again the following year. The race didn’t run at all from 1939 to 1945, but then the Festival was abandoned in its entirety in 1943 and 1944 owing to the Second World War so that isn’t entirely surprising.

From 1923 until 1942 a race known as the Spa Hurdle was run over two miles. It was replaced by the Stayers’ Selling Hurdle in 1946 and run over three miles. There was no race in 1947 but two in 1948, then it was abandoned again in 1949. From 1950 until 1953 the race was run, but then in 1954 it was missing from the Cheltenham calendar once more. It didn’t return until 1972 when it was sponsored by Lloyds Bank and renamed as the Stayers’ Hurdle. That was the moment at which the race was run in its current format for the first time and is considered by many to be its inaugural year.

Though Lloyds Bank was the first sponsor of the event it was certainly not the last. Waterford Crystal, which had previously sponsored the Champion Hurdle, took over sponsorship of the Stayers’ Hurdle from 1978 until 1990. At that point Bonusprint took on sponsorship of the race and lasted until 2004. Ladbrokes sponsored it from 2005 until 2015 and renamed it as the World Hurdle during that period, so if you ever hear it referred to as such then you’ll understand why. That’s not overly likely, however, with the Stayers’ Hurdle title returning in 2017 along with a new sponsor, Sun Racing.  In 2020 Paddy Power took over sponsorship from the Sun.

Sobrino managed to achieve the same thing in 1930 and 1933; an accomplishment that is perhaps all the more impressive when you consider that there was no race at all in 1931 and it lost out to Icy Kiss in 1932. It took over fifty years for another horse to win the Stayer’s Hurdle twice when Galmoy did just that in 1987 and 1988. Again, though, that was the exception rather than the rule was it was more than a decade until another horse managed back-to-back victories. Baracouda might have felt that he was destined to into the history books at the most successful horse of the 2000s, but things didn’t quite work out that way.

In 2005 a horse named Inglis Drever won the Stayers’ Hurdle for the first time, though he missed out on the title in 2006. He became the third horse to regain the title in 2007 and then successfully defended his title in 2008, becoming the first horse to win the race three times. That would have been reason to celebrate if not for what came next, a horse by the name of Big Buck’s. Big Buck’s won the Stayers’ Hurdle in 2009 then repeated the trick in 2010. He managed it again in 2011 and won it for a fourth time in 2012, becoming the first horse to win it on four occasions – a feat that has yet to be equalled. He is the most successful staying hurdler in the history of the sport, also winning the Liverpool Hurdle and the Long Distance Hurdle in the same four years as the Stayers’ Hurdle.

Emma Lavelle trained the winner of the race in 2019, favourite Paisley Park, becoming the first woman trainer to win the race since Jenny Pitman in 1998.  Rebecca Curtis made it back-to-back victories for female trainers winning with Lisnagar Oscar in 2020 stopping favourite Paisley Park making it consecutive wins.  Paisely Park was also pushed out in 2021 and 2022 finishing third both times to the Danny Mullins ridden Flooring Porter who won the race back-to-back.

Most horse racing historians tend to ignore the race before its reincarnation in the modern era in 1972. Since then it has grown in prestige year on year to the extent that it is now considered to be one of the feature races of the entire Cheltenham Festival. That is particularly the case since it was moved to the third day of the meeting in 1993, having previously been hosted on the Tuesday or the Wednesday.

It’s combination with what is known as the Ryanair Chase means that Thursdays are now the perfect build-up to the most exciting day of the Cheltenham Festival week, Gold Cup Friday. Unlike other races at the Festival that can be full of fast-paced excitement, the Stayers’ Hurdle is a gruelling race by design. As the name suggests, winners need to be proper stayers that can dig deep and find an extra bit of reserve towards the end of the fight, meaning that towards its conclusion it can be as much of a war of attrition as an actual entertaining race.