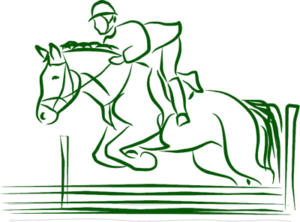 In the world of jump racing, races for stayers are arguably the most popular for people to watch. It’s a race type that asks older, more experienced horses to take on a variety of obstacles in order to win a race.  The races are also longer, generally over 3 miles up to nearly 5 miles for the Grand National.

There are flat races for stayers as well, of course, but they tend not to be thought of in the same way as those for jump horses, so we’ll mainly be concentrating on the latter discipline in this piece.

The best stayers need to a combination of good jumpers, fast runners and horses with immense stamina. If you think of one of the sport’s most famous races for stayers, the Grand National, you can see that a winning horse will need to be able to keep up with the field, jump a wealth of different obstacles and have the stamina to keep on going. Is that bred into them, or is it just chance which horses are good at it?

The Traits Of A Stayer 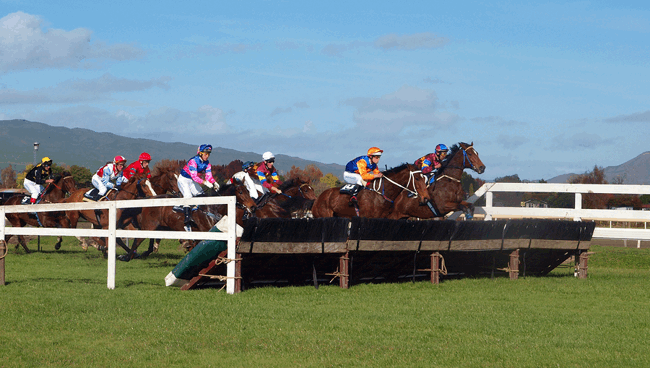 The first place to start is by looking at the traits that we’ll see most often in strong stayers. When it comes to physical attributes, their forequarters often have angled and long pasterns as well as long cannons with a short forearm, making them appear leggy overall. Long and thin shaped muscles are often common, best viewed form-side on when trying to identify the muscle shape.

It’s common for these muscles to be flexible, capable of working for long periods that makes them ideally suited for a gradual increase in distance run. Upper forequarters, meanwhile, tend to boast closed shoulder joints. This is in order to allow for a decent shoulder angle as well as a deep chest, horizontally. Shoulder blades will also often have good length, though vertically shallow in terms of girth.

The factors listed above will allow for extra scope when it comes to the stayer’s stride, meaning that they’ll potentially be longer. Long, thin necks that are set high will then have a long and thin head on top of it. The slope of the shoulders can result in a shorter back, which allows for solid reach forward as well as lift. It also stops the centre of gravity from moving too far forward, also aiding the stride length.

The hind quarters are where you’ll see the biggest difference when compared to horses that are built for speed. They tend to be smaller, though the rear cannons can be long. This combines with pasterns that are well-angled, usually matching the ones on the forelegs. The body is typically tall with shallow girth, also adding to the sense of a leggy appearance that the horse will boast when you watch it parade.

Of course, most jump racing horses will boast a combination of both sprinting and staying traits. Indeed, some horses will go against the traits that they naturally have because their trainer or someone involved in their work has seen something in how they jump that they believe they can exploit. In order to truly spot a horse that has the traits of a stayer you’ll need to have a very good eye for detail.

Are Horses Bred To Be Stayers?

In many ways, horse breeding is a form of alchemy. Though you can combine two thoroughbreds that have enjoyed success in a given discipline during their racing life, there’s no guarantee that the foal that comes out at the end will have taken what you want from each of the horses in question. This is why it’s the trainers that play the most important part in a horse’s future existence.

Trainers that spot the ability of a horse to become a stayer in spite of its physical attributes are able to use their knowledge to turn the horse towards what it will be good at, in spite of what it has been bred to do. That being said, it is obviously possible for a breeder to intentionally try to create a stayer by putting two horses with the correct attributes together and mating them where possible.

All horses that end up as Stayers will start out in other disciplines, starting with flat races or bumpers, progressing to hurdle races the steeplechases.  This helps the horse build stamina and as they get older trainers will start to select those runners that show the most resilience over distance then become stayers.  Good stayers can continue to run into their early-teens, Red Rum, for example, won his last Grand National aged 12.  The youngest National winners were all 5, although no horse this young has won it since 1909.

Now that we know what makes a good stayer, it’s worth having a look at some of the biggest events in jump racing that are aimed specifically at stayers. Can you use your new-found knowledge to spot which horses might do well the next time you watch one of these races being run?

If you follow the rule of thumb that in jump racing a stayers’ race is one that is longer than two miles then you’d be hard-pressed not to put the Cheltenham Gold Cup at the top of the list.

Run over 3 miles, 2 furlongs and 70 yards, it is for horses aged 5 and over. During the distance of the race there are 22 fences to be jumped, so it’s not unreasonable to suggest that horses taking part will need stamina, speed and the ability to jump smoothly.

Second on the list of races that ask plenty of questions of jump racing stayers in the Grand National. Taking place at Aintree Racecourse each April, the race is run over 4 miles and 514 yards. Open to 7-year-olds and over with a rating of at least 120, the race presents participants with 30 fences during two laps of the racecourse. The fences are almost as famous as previous winners, such is the challenge presented by the event.

Obviously derivatives of this race, such as the Welsh Grand National and the Scottish Grand National, also fit into the list of important races for stayers. Yet its the original event that is the most important of the lot.

You don’t need much more of a clue about whether a race is for stayers’ than the word being in said race’s title. The Stayers’ Hurdle takes place during the Cheltenham Festival and involves 12 hurdles during the 2 miles, 7 furlongs and 213 yards of the race.

Open to horses aged 4 and over, it’s the leading long-distance hurdling event that takes place during the National Hunt calendar.

We know what attributes a stayer will usually boast and we know the biggest races that stayers will be running in each season.

Now it’s time to have a look at some of the top jump racing stayers from over the years to see what, if anything, they have in common.

It is important to note that in the past stayers races were seen as harder due to less restrictions then on fence sizes.  Saying that, modern races are usually faster, meaning they come with different challenges.

There are many things that make a great stayer, but the fact that Baracouda only finished outside the top two horses once in 26 races under Francois Doumen suggests that the French horse deserves to be high on our list.

Dominating the sport in his native France, he won seven Grade 1 events in the United Kingdom, including back-to-back wins in the Stayers’ Hurdle in 2002 and 2003.

If Baracouda wasn’t going to be the first horse on our list then the only other option would have been Big Buck’s. If you can get past the appalling grammar in his name then you’ll discover one of if not the best staying hurdlers of all time.

During his career he won four consecutive World Hurdles at the Cheltenham Festival, as well as the same number of Liverpool Hurdles at Aintree.

One of the few horses to ever get the better of Baracouda, Inglis Drever defeated the French horse on his way to winning his first World Hurdle in 2005.

He missed a chunk of his career through injury, but when he returned he won the Long Distance Hurdle and maintained a solid pace of success over the following two seasons. When he retired he did so having won 13 out of 23 starts over hurdles.

One of the newer stayers to make its mark in the racing industry, Paisley Park boasts stamina, enthusiasm and speed. The combination of traits makes him a horse that always sat near the top of the list for bookmakers when trying to decide upon a favourite in a stayers’ race.

He barely put a foot wrong during the early stages of his career, winning seven successive races amongst which was the Stayers’ Hurdle in 2019.

When it comes to horses born in 1959 it’s probably fair suggest that you just have to trust the people that either trained them, rode them or rated them.

That’s the case with Flyingbolt, who is rated second only to Arkle in terms of National Hunt racehorses. His list of accolades includes the Queen Mother Champion Chase, the December Gold Cup and the Irish Grand National, with a Timeform Rating of 210.

Ok, we said we’d focus on jump racing in terms of stayers but it’s only right to mention Stradivarius. Considered by some to be the best stayer that flat racing has ever seen, his list of wins includes multiple Goodwood Cups, numerous Ascot Gold Cups and the 2018 British Champions Long Distance Cup. On top of that, he won the Cartier Champion Stayer Award in both 2018 and 2019.