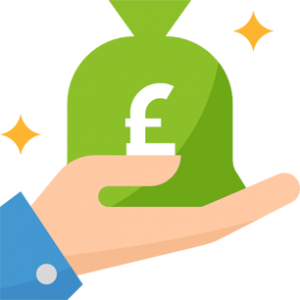 Even the smallest bit of research into horse racing will tell you that none of the people involved in it do it for the money. Only the most successful jockeys and trainers earn a genuinely life-changing amount of money, whilst owners have to be slightly rich to be able to own a horse in the first place. For everyone else, the love of the sport is the most important aspect of things, with the desire to win being top of the list of reasons.

That doesn’t mean that prize money isn’t important, though. Each race offers a given amount of money, which will then be split between concerned parties. In many cases, the more prestigious the event is, the larger the prize money on offer for winning it.

Given the sheer number of prestigious races that are run during Cheltenham Festival week, it makes sense to have a look at just how much can be won over the four days in the 28 races at the meeting.

The median prize purse is the Ultima Handicap Chase with £122,963 and £70,338 for the winner.  Despite being the middle value, 14th on the list, it is a fair bit less than the average.  This shows that the average is skewed by the fact the elite Championship races offer so much more than the rest.  This is demonstrated in the chart below. 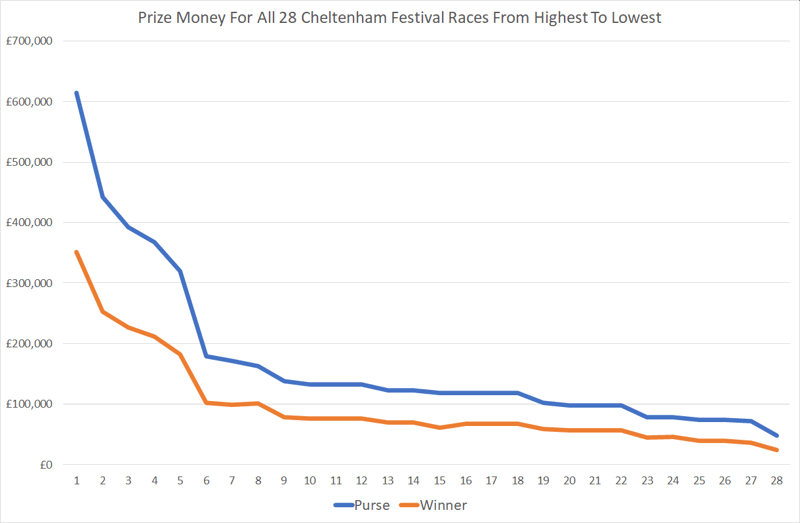 Naturally, as you would expect, it is the elite Championship races that top the board, given these are the most prestigious and attract the highest sponsorship fees.  It is also no surprise to see that all of the top ten races in the table are grade 1, given grade 1 is the top grade in jump racing.

The Ryanair Chase is interesting as it is not one of the 4 feature races yet for several years the prize money for this race has exceeded the Stayer’s Hurdle, which is supposed to be the biggest race on St Patrick’s Thursday.  In fact the Festival Trophy, as it is officially known, is run just before the Stayer’s.  For this reason the race is kind of seen as a pseudo-Championship race and attracts similar interest.

Note that prize money all around was significantly reduced by around 30% in 2021 due to the ongoing affects of the corona virus pandemic on the industry and returned to normal levels in 2022.

Where The Prize Money Comes From

According to the British Horseracing Authority, the owners of winning horses in a race will receive money from two different sources. The first comes from the pool that all owners have to pay into in order for their horse to run in a race. That is held by the Stakeholder and there is a separate pool for each race taking place during a meeting. Once the race has been run, the money from the pool is divvied up according to the following rules:

The payment of the stake is separate from any payment that needs to be made to the racecourse that the race is taking place on. The second place that payment comes from includes the various sources that pay into the Money Added to Stakes fund. Again, this is distributed according to the above rules. The actual breakdown of how the prizes are distributed is complicated, with the number of prizes on offer being the deciding factor.

One of the areas where money may come from is via sponsorship. Lots of the biggest races will have sponsors, who will pay a certain amount of money to have their names associated with an event. When that happens, some of that money goes towards the prize fund, which is what ends up bumping the race’s importance up, given the manner in which trainers and owners will want to win them.

How Is Prize Money Decided? 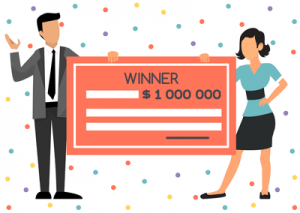 In terms of where the prize money goes, it’s a mildly complicated process. The British Horseracing Authority has its own set of rules, but different races at various racecourses can then put their own twist on things. This often comes in the form of the likes of individual prizes given out for certain races or specific accomplishments. Generally speaking, though, the prize money is broken down according to where the horses finish.

As an example, in a Jump Pattern or Listed race, the owner of the winner receives 48.52% of the total on offer if there’s money awarded to the top three horses. The trainer of the winner gets 5.89%, whilst the rider gets 5.64%. The winning stable receives 2.95%, with 0.58% being paid towards industry training and 0.2% heading the way of the jockey’s valet. The PJA Pension Fund receives 0.6% of the prize and NASS gets 0.25%.

That amount changes depending on how many places get a payout, with the amount paid to those associated with the winners dropping each time. The amount paid to the winning trainer, for example, drops to 42.96% of the prize if there are ten prizes on offer, with the tenth placed horse’s trainer getting 0.07%. It’s decidedly convoluted and changes on a regular basis as the BHA sees fit, but that’s a good rough estimate of where prize money goes. 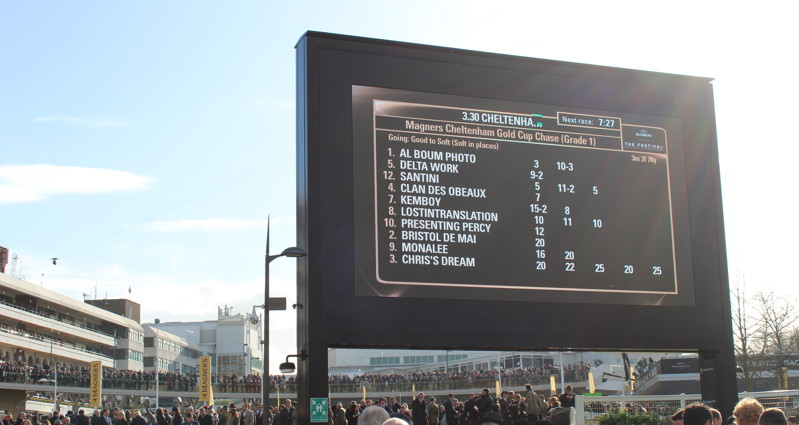 The biggest races during the Cheltenham Festival are the ones that tend to have the most money. Indeed, if you start with the Cheltenham Gold Cup then you’ll see that that has the largest prize money attached to it, with the other big races also offering decent amounts to the winners. That then goes on a sliding scale down as the Festival progresses, though even the lesser events still offer a decent amount of money to the winners.

It’s hardly a surprise that the blue riband event of the Cheltenham Festival is also the one with the most prize money attached to it. The race itself is one of the most coveted ones in jump racing, which is why it receives the adulation and press coverage that it does. When the race took place for the first time, the winning owner was awarded a prize of £685, which was less than the £1,000 offered for the County Handicap Hurdle.

It’s fair to say that the prize money on offer has gone up a wee bit since then. Ahead of the 2022 running, the race offered a total prize fund of £615,000, meaning that only the £1 million available for the Grand National at Aintree Racecourse was worth more. In 2022 the winning horse’s connections taking home £351,688 between them.

When the Champion Hurdle was run for the first time, the connections of the winning horse, Blaris, had £365 to share between them. That was back in 1927, with the prize money creeping up year on year since then. That is demonstrated by the fact that the money on offer for the 2022 renewal was £442,665, with first place getting £253,215 of that.

Whilst £365 was a decent amount of money back in 1927, but according to the Bank Of England’s inflation calculator it would have been worth about £24,500 in 2022. A fair increase, all things considered.

The Grade 1 steeplechase that is the feature race of the second day of the Cheltenham Festival is the leading middle distance event in the National Hunt calendar.

When the Stayers’ Hurdle took place for the first time in 1912, the prize money on offer was £100. Within a year that had been doubled to £200, with the runner-up receiving £10 both years. The amount that went to the winner wasn’t the only money that they received, with the Weight-For-Age race also resulting in the winning horse being sold for £50 in the wake of its victory.

In 2022, the Turners Novices’ Chase was run under that title for the first time, having previous been the JLT and then Marsh Novices’ Chase. It also saw its prize fund sit at £163,145, with the winner taking home £101,564. The year before, largely thanks to racing being behind closed doors and having lost a lot of money over the previous 12 months, the prize pot sat at £131,250 and the winner was given £73,854.

The race was introduced to the Festival in 2011, at which point the prize money on offer was £120,000. The winner received £51,309 of that, with an ever-decreasing amount on offer for horses all the way down to the one that finished in sixth. £1,206 was on offer for the sixth-placed horse, which gives you an indication of just how big the disparity can be between coming first and narrowly missing out.

The Grade 1 JCB Triumph Hurdle was introduced to the Cheltenham Festival in 1965, having been run for the first time at Hurst Park in Surrey in 1939.

The amount that had been on offer in the preceding years was forever changing, thanks in no small part to the various different sponsors that it enjoyed from the 1960s onwards.

The Arkle Challenge Trophy has been run at Cheltenham since 1969, only taking on a sponsor in 1991 when Waterford Castle started supporting the event. The likes of Guinness and the Irish Independent have sponsored it in the years since all of which has resulted in various prize amounts being on offer. When it was run in 2022, that prize fund sat at a total of £179,157, with £102,482 going to the winning horse’s connections.

In 2021, however, the prize fund was reduced to £131,250, with £73,854 going to the winner. In comparison, the prize money just two years before sat at £175,000. That is, perhaps, a good indication of just how much of an effect racing moving behind closed doors had on racing in general. The sheer amount of money that can be promised to successful horses took a hit, but it began to return to a normal level in the years that followed. It is not just sponsorship, therefore, that can have an impact on prize amounts.

The biggest races get the most prize money, that makes complete sense. You can see that even the lesser races still have a decent amount of money attached to them, though it decreases with each race and its sense of prestige. Even the biggest races don’t have huge amounts of money attached once you start to see that money be spread between the owners, trainers and the jockey.

That being said, if you were the winning connections of the Gold Cup in 2022 then you’re sharing £351,688, which isn’t exactly a pauper’s amount. It’s part of the reason the likes of the Gold Cup are seen as so prestigious and the more money is on offer, the more top-class people want to race in it and therefore the more prestigious it becomes. Even in 2021 the prize stood at £263,766 and was an exception that proves the rule in terms of prize money.