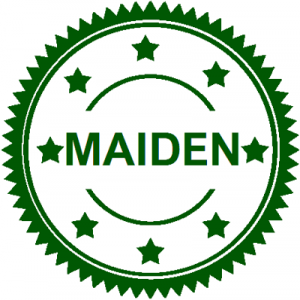 As you’ll no doubt have gathered from reading these pages, there are plenty of different race types for horses to take part in. As with children, though, they need to walk before they can run, figuratively speaking. That’s where maiden races come in, given that they’re specifically reserved for horses that have never won at that level before.

The races are open to horses of either gender, unless there are other rules applied to the race that limits things on that front. Equally the race’s conditions can dictate the age of the horse or the handicap rating, but generally speaking the only specific rule is that the horse can’t have won that type of race before. Here’s a more in-depth look at maiden races.

Maiden Races At The Cheltenham Festival

Note there are currently no maiden races at the Cheltenham Festival, maiden races are only contested between horses that are yet to win and given the nature of the Festival and prestige of the races there are no races for maiden only horses.

Most maiden races by their nature are lower class and tend to be held at more minor meeting through the year.  The table below shows maiden races held at Cheltenham racecourse at other times of the year.

Maiden Races At Other Cheltenham Meetings

What Are Maiden Races? 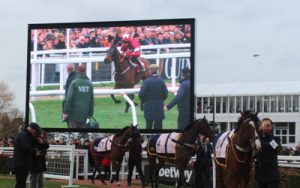 There are tens if not hundreds of thousands of horses foaled every year, with many of them bred with the specific intent of having them become a champion racer in the future. Regardless of whether they’re bred from previous world champions or just two random horses that have hooked up in a field when they weren’t being watched, they all begin life entirely untested.

Once they’ve begun learning the ropes in their new lives, the horses will begin to enter races and they will be, almost without exception, maiden races. That means that they are races for horses that have never won at that level before, so the various competitors will theoretically be at a similar level. That doesn’t mean that they all will be, of course.

When it comes to flat racing and jump racing, they are treated as different disciplines in most countries. That means that a horse that has won a race on the flat will not be excluded from running in a race over a similar distance over jumps and vice-versa. The BHA says, “For Steeple Chases and Hurdle Races, is a horse which has never won a Steeple Chase or Hurdle Race”.

There aren’t all that many specific rules for maiden races other than the one about horses that have already won one race of that discipline being unable to enter the same type of race. The British Horseracing Authority outlines the rules as being that steeple chase and hurdle race winners can’t enter steeple or hurdle races, apart from in certain circumstances.

Winners of match or private sweepstake races, National Hunt flat races or Irish Hunt flat races in Ireland as well as French AQPS flat races, steeple chases, point-to-point meetings or Timber races in the UK at any recognised meetings are still able to enter maiden hurdle or steeple chases. In order words, there can be previous winners in the race, just not for official races.

The best way to demonstrate the manner in which maiden races can be different from each other is to look at some specific examples. In order to get an official handicap rating horses either need to win three races over jumps or else win a maiden race. That’s why they tend to be popular ones for horses to be entered into.

As the name suggests, this race is run at the Market Rasen course and is a hurdle offering. It’s run over 2 miles, 4 furlongs and 139 yards, with 10 hurdles to jump during the race. It’s for horses aged 4 and over and is a Class 5 race.

Run at Musselburgh over 2 miles, 3 furlongs and 171 yards, this Class 4 race is for horses aged 4 and over. Despite its name, this is actually a bumper race. That means that it’s a flat race rather than one featuring jumps, but is still a maiden offering.

This Class 5 meeting is open to 4-year-olds and is run over 2 miles, 4 furlongs and 28 yards. There are 10 hurdles to be jumped, which offers a good test to the riders and the competitors.

Run over 2 miles and 3 furlongs with 9 hurdles for the horses to negotiate, this Class 4 race is for hurdlers aged 4 and up. It’s run at Fakenham and typically tends to take place in March.

Run at Down Royal over 2 miles and 140 yards, this hurdle race is open for horses aged four and up. It’s got 9 hurdles during its running and is sponsored by Racing TV at the time of writing.

This Class 5 race is run over 2 miles, 1 furlong and 162 yards. It’s got 7 hurdles and is open to horses aged 4 and over. Run at Fontwell Park, it can sometimes have its length reduced or extended depending on the weather and the state of the track. 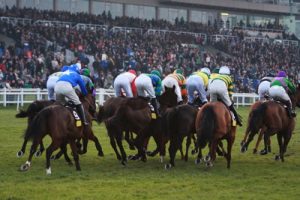 The various races offer different information about the types of maiden races that you’ll find in jump racing, though there tend to be some similarities. Apart from the bumper races, most tend to be around the 2 miles mark and are open to horses aged four and up. That’s because maiden races are aimed at younger horses to get them into the rhythm of racing.

The need to either win a maiden race or else run three or more races in order to gain a handicap measurement can lead horses to be entered into maiden runs a few times before they land a win. Whilst there’s no need to panic for owners and trainers of horses that don’t win quickly, it can often be a time to decide if a horse ‘got it’ or not.

Maiden races are, of course, a chance for punters to spot a talented young horse and make a note of it for its future career. The fact that they’re all filled with younger horses means that it’s not just the winner that people could like the look of and want to track. From a betting point of view, maiden races can be key to getting ahead of the bookies in the future. 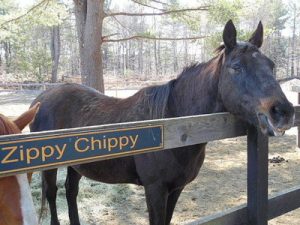 As you’d expect, there have been a good number of horses that have been spotted by the eagle-eyed after taking part in maiden races during the more formative parts of their career. Of course, more than a few horses have also failed to graduate from maiden class races and have become famous for all the wrong reasons!

Once such example is Zippy Chippy, who ran in 100 maiden races without winning a single one of them. He still earned over $30,000 in prize money thanks to placing in 30 of those races. With a pedigree including horses such as Man o’ War and Native Dancer as well as La Troienne, you can understand why Felix Monserrate, the horses owner, was keen to see him succeed.

A horse named Vote For Lust won a competition in Australia that was sponsored by Betfair, the betting exchange company. The idea was to find the country’s worst racehorse, which Betfair would then sponsor. Vote For Lust won the competition and was sponsored by Betfair, going 86 wins without winning. Eventually Melbourne Cup winning jockey, Glen Boss, rode the horse in its 87th race.