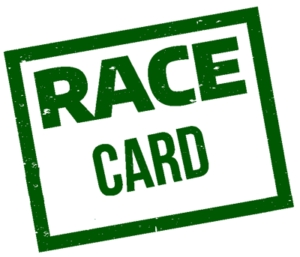 There are numerous areas in the world of horse racing that can seem inescapably oblique to an outsider. Whether it’s the names of the races, the way how much weight a horse carries is decided or simply how betting works, it’s tricky to get your head around if you don’t really know what you’re looking at. No area of racing appears to be more indecipherable than a race card to someone who doesn’t know the industry well.

Thankfully that’s exactly what we’re here for, to make a world that can seem confusing and complicated to someone that is uninitiated into one that is easy to understand and maybe even a little bit fun. On this page we’ll guide through a race card, telling you what one looks like and what you need to know if you’re to be able to read it like a pro. Hopefully by the time you’ve finished reading here you’ll be able to pick up a race card and impress all of your friends with your knowledge. Failing that, you’ll at least be able to decipher important information that will lead you to winning a race or two.

What’s In A Race Card? 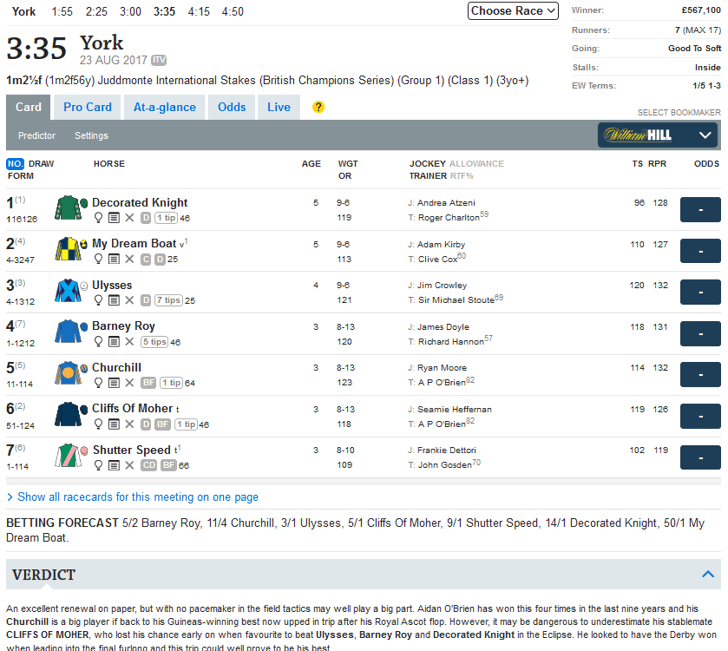 Though it’s called a ‘race card’, the reality is that the information on the day’s racing is usually contained in something more approximately resembling a booklet. On the outside of a typical race card you’ll see the name of the race course, the day’s date and a list of all the race’s that are taking place that day, complete with the times they’re due to go off.

That isn’t always the case, of course. Sometimes a race card will simply tell you the name of the venue and the date, perhaps also letting you know the meeting if you’re attending on the day of a series of events, such as the third day of the Cheltenham Festival, for example. Regardless, the outside of the race card doesn’t tell you specifics about what you need to know, just certain information that, having made it to the race course in time for the first race, you’ll likely already be aware of.

Inside The Race Card

Once you open the race card you’ll normally find numerous adverts for local companies and other such information. You’ll often find a history of the course if those responsible for running it are so inclined, with a course map commonly included somewhere within the pages.

The information you’ll be most keen to get to is the race breakdown. This is where you’ll find detailed information about every single race, including the horses that are running in it and the jockeys that are in charge of each horse. This is what you’ll want to peruse if you’re hoping to give yourself a decent shot at placing a winning bet.

Each race is divided from the others by a Header. Typically you’ll see the time of the race written in large, bold lettering so that you know you’re definitely reading the correct information for the upcoming race. Next to it you’ll note the race course name and the date.

Beneath all of that you’ll see that the race’s name is listed, for example it will say:

If there’s a sponsor’s name then that will be included here, with the any additional information about the race, such as whether or not it’s a qualifier and if so what for, will be found underneath the race’s name in brackets. This is also where the race class or grade will be featured; in the case of the Supreme Novices’ Hurdle it will say (Grade 1).

Underneath the additional information, if there is any, will be a row telling you which horse’s are eligible to participate in the race. So if it says something like (4yo+ 0-140) then that means it’s for horses aged four and over with a rating of up to 140.

The last thing you’ll see as part of the header is a list of information about the race itself. This may look something like:

The first bit of information is how much prize money will be awarded to the winner. The second, rather obviously, is the number of runners taking part in the race. One thing to bear in mind is that this information will good at the time of going to the printer, but there might have been a late withdrawal or similar since then. Next comes the distance that the race will be run over, just before the Going of the course. Finally you’ll be able to see whether the race is on the TV and, if so, which channel. In this instance ATR means At The Races.

A quick bit of information regarding the ‘Going’. If you’ve ever even so much as watched a horse race on the TV then this is a saying you’ll be familiar with. It means the state of the ground that the horses will be running on that day. It is a best guess according to the weather in the build up to the race, but is subject to change if there has been a heavy downpour in between going to print and the running of the race. The Going will be one of the following:

Next on the race card will be more specific details about the race itself. It may read along the following lines:

That might all look a little complicated, but it’s not when you break it down. The first number is the guaranteed pot of money for the race for all places. Next you’ll see a more detailed breakdown of the horses that are allowed to take part, as well as the minimum weight that they have to be. After that you’ll see if any penalties will be in place; in this instance you can see that horses that have won a Hurdle after the 10th of February will have an additional 7lb added for each win.

Next on the list of Race Details you’ll see the name of the top rated horse, in this case MadeUpHorseName, and their rating. This horse is rated 140, which is the top rating for the race. ‘Entries’ means the number of horses that were entered into the race originally, though not all of them will be running by the time the race actually comes around. ‘Penalty Value’ is just another term for prize money, with the amount that will be received by the top four horses normally listed.

This is where things become decidedly more complicated. If the race card is printed in colour then you’ll be able to see an illustration of the Silks the jockey will be wearing, normally of different colours and with a pattern. Next you’ll see the number of the horse, which will also be printed on its saddlecloth so you can see it when it’s running.

Underneath all of that information you’ll see some smaller writing. This is where you can find out about the history of the horse itself, starting with a letter or letters dictating its colour. They will be one of the following:

A smaller letter denotes the sex of the horse, with the code breaking down as follows:

Next up you’ll see the name and birthplace of another three horses. The first is the Sire (or father), the second the Dam (or mother) and the final one the Damsire (or the maternal grandfather).

Underneath this you’ll see a set of information on the left and a different bit of info on the right. On the left you’ll see the name of the horse’s owner, its trainer, its breeder and its form. The form will likely be a series of number and letters that looks something like:

The most recent event will be at the end. In the example above the horse finished third, then second, then fourth, then first and Fell in the last race. Other letters used will be as follows:

The more observant amongst you will have noticed there’s also a ‘-‘ symbol in our example form above. That indicates that it is a new year, whilst a / means it’s the start of a new season.

Over on the righthand side of the card you’ll see the age of the horse as well as its weight in stones and pounds. You’ll also see the horse’s colours written out in words, including any pattern. So it might say something along the lines of:

This is also where you’ll see the name of the horse’s groom, if that information has been supplied.

Next to all of that, if possible, you’ll see a photo of the jockey as well as his name. If there’s a number next to the jockey’s picture then this indicates the jockey’s ability to reclaim that amount from the starting weight applied to the horse. This figure will be in pounds and there’s a clearer explanation of why a jockey is allowed to reclaim weight on our ‘Age, Sex and Weight in Horse Racing’ page.

Beneath all of that information you’ll usually find something called the TIMEFORM VIEW. This is information from the sports data and content company Timeform and may say something similar to:

Ran quite well on stable debut in March but since then his efforts have been underwhelming.

If there isn’t a deal with Timeform in place with the company that runs the race course that you’re attending then you might just see a ‘Comment’ or ‘Information’ about the horse, but whatever label it’s been given it’s essentially the same thing. After the comment you’ll see a star rating ranging from one star to five stars. Though easy to figure out, we’ll tell you what they mean:

The final thing you’ll see on the race card is an Official BHA Rating. This is the rating that has been assigned to the horse by the handicappers of the British Horseracing Authority. This is down after the horse has taken part in enough races to mean that the handicappers have a fair chance of assessing the horse’s ability.

If you’re watching a handicap race then the numbers printed in the race card will be used to assess how much extra weight the horse needs to carry in the race. Every number less that a horse has means that it will carry 1lb less than the horse above it. So if a horse has a rating of 140 and the next has 139 then the second horse will carry 1lb less in weight for the race.

If the race is not a handicap then the number will reflect the horse’s rating at the time that it was entered into the race. If the horse is a Novice at Steeple Chases then you might well see the Hurdles rating it achieved before moving to Steeple Chases. This will be denoted by a small letter ‘h’ next to the number. 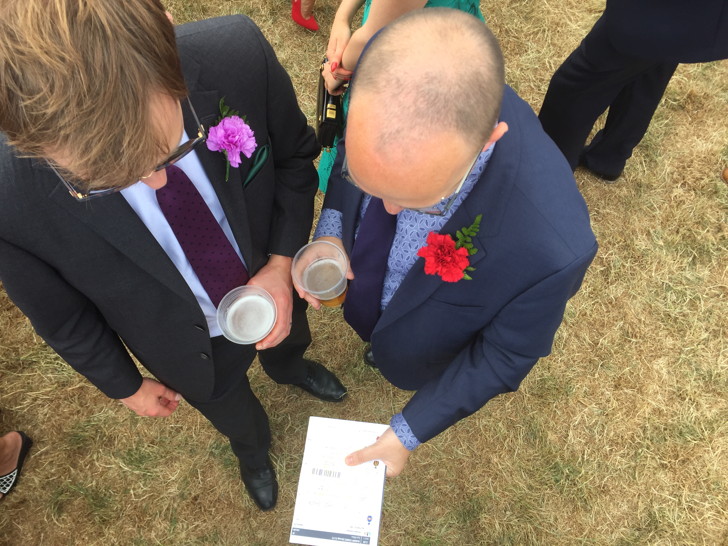 So there you have it, the race card explained. One thing worth mentioning is that not all race cards will look exactly the same, with editors and race courses opting for different choices in some aspects.