If Day One of the April Meeting is mainly about the Grade 2 race on offer, filled either side by Class racing that might be more for the purist, then Day Two is surely for those that love the idea of progression in the industry. That’s because it’s a day for the girls, dominated as it is by races for fillies and mares. April is the start of the wind-down for jump racing before flat racing takes over, so bear that in mind when you’re looking at the races.

It’s your penultimate chance to watch both your favourites from the season that is coming to an end and to keep an eye out for other horses that might come into their own when jump racing returns later in the year. It’s all about girl power on Day Two, with challenging races that add their own excitement to proceedings thanks to hurdles and jumps that ensure the horses are really tested. A quick look through the race card here will tell you all of the important points to keep in your head before placing any bets.

In 2018 the second day of the April Meeting became the first in racing history to boast a mare’s only racecard. All seven races that were run across the day were only for those that enjoy a Ladies Day, so to speak, with the contest boasting four mares-only races in 2017.

That led the organisers to think about furthering their efforts and the all-mares race day was born. Sadly that means you’ll have been unable to bet on a mare winning one of the races, as you might have been able to do at a normal meeting!

Race one on Day Two follows exactly the same format as the first race of the opening day of the meeting, with the obvious difference being that it’s only for mares. It’s run over the same two miles, four furlongs and  fifty-six yards (2m, 4f, 56y), complete with another ten hurdles to negotiate.

This Listed race is for novices aged four and up. The field is a bit shorter than it might otherwise be on account of the fact that only mares can run in it, meaning you can expect around ten competitors taking part. If the ground is good then it should last for about five minutes, so don’t rip up your betting slip until you’ve heard the announcer’s call. 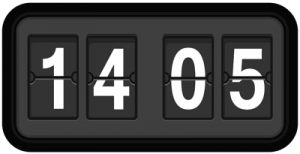 Race two on the second day of the April Meeting is one for novice mares to compete in. It’s a handicap chase, so the Handicapper will be doing their utmost to ensure that all horses go off with an equal chance of winning. That will be worth bearing in mind, especially if one of the favourites is carrying more weight than she’s used to.

Open to mares aged five and older, this is a rare Grade 2 handicap jumps race. In the past it had Listed status but in 2022 the BHA changed the grading rules removing all listed handicaps.  The majority became Premier Handicaps (formerly Grade 3) or were domoted to Class 2.  This is the only listed handicap that had listed status and was upgraded to Grade 2, retaining its limited weight-range.

The race lasts for two miles, four furlongs and one-hundred and twenty-seven yards (2m, 4f, 127y). There are seventeen fences to be jumped during that period, so it really could be anyone's when the winner crosses the line. Another relatively short field, it’ll last about five and a half minutes if the going’s good. 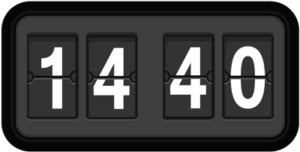 We could almost be repeating ourselves when it comes to the details on offer for this race. It’s not, however, a Listed race but the Handicapper is once again called into action.  It was listed until 2022 when it was downgraded to class 2 when listed handicaps were scrapped.

As with race one, there are ten hurdles to be jumped, only these ones are based over two miles, four furlongs and fifty-six yards (2m, 4f, 56y). That means it comes in about one hundred yards shorter than the day’s opener, which probably explains the running time that’s about thirty seconds shorter.

It’s open for horses aged four and up, which allows it to boast a field that normally stretches to around the twenty mark. That’s good news for bettors, of course, given that the more horses take part in a race the longer the odds will be and the greater the chance of an upset.

Coming right slap-bang in the middle of the day, this was the race that was cancelled after a horse died in the wake of race one back in 2018. It was cancelled whilst the later ones were not because it’s a longer one, coming in at three miles and two furlongs (3m, 2f).

This chase is handicapped, as the name suggests, and it’s for mares that are five-years-old and upwards with a rating of 0 to 130. It’s a Class 3 race that is a decent challenge for those that get to run in it. 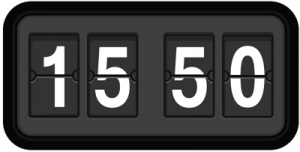 Another race that asks for the Handicapper’s abilities to be put to good use, this one is only open for juveniles that are aged four exactly. It’s the only Premier Handicap race of the meeting, formerly a grade 3 race until 2022 when rule changes meant Grade 3 handicaps were converted to Premier Handicaps.  It is an offering that usually has a smaller field than most of the other races on Day Two.

It’s run over two miles and one-hundred and seventy-nine yards (2, 179y), featuring eight hurdles for the horses to jump. The shorter distance allows for the race to take a shorter amount of time to be completed, normally lasting for around four minutes if you presume that the going’s good. 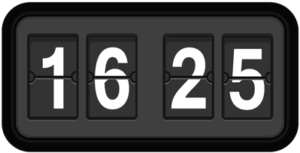 Day Two’s penultimate race usually sees the smallest field of the day taking part in it, with just four horses running in 2018 and 2022 and six in 2019 and 2021, for example. It’s a Class 2 offering and is open to mares aged five-years-old and up. Taking place over two mile and sixty-two yards (2m, 62y), it squeezes in fourteen fences over that distance and asks a lot of the horses running in it.

Regularly taking about four minutes to complete on good ground, you’ll often find the odds on this one are a little disappointing because of that small field just mentioned. As the name suggests, this race is another handicapped one, the last of the day.

As if to prepare us for the season that’s about to take over from jump racing, the final offering of the final day of the April Meeting is a flat race. Most of the National Hunt flat racers turn up for this one, therefore, leading to one of the largest fields of the day at around twenty horses.

Obviously there are no fences to be negotiated here and, as suggested earlier, it’s run over another short track. This time it’s two miles and one-hundred and seventy-nine yards (2m, 179y), with the winners usually coming in in under four minutes if the going is good. It’s a Class 2 race and is only open to mares aged between four and six, which tends to give it a relatively youthful and vibrant feel. 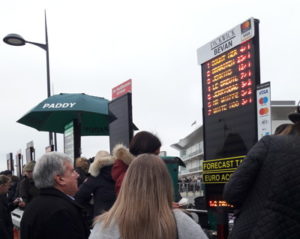 Spring is in the air during the April Meeting, so the question that might cause you more trouble than which horses to bet on will be about what you should wear. Go too lightweight and it might be a bit nippy, but layer up too much and you’ll be roasting when the sun comes out. That’s to say nothing of needing to think about the April showers that might show their face! In 2018 one of the races had to be cancelled because it was so hot, but that sort of weather is never guaranteed in April.

On the field, of course, you should expect some thrilling racing from some of the best mares and fillies in the business. The Listed European Breeders Fund/TBA Mares’ Novices’ Handicap Steeple Chase Finale is a chance to keep an eye on the horses that are best-in-class, whilst the Junior Jumpers 4-Y-O Fillies’ Juvenile Handicap Hurdle Race is an opportunity to see the horses that are on their way to becoming challengers for the racing season ahead. It’s a Ladies Day of sorts, but one where the girls are on the field and the ones in the paddock don’t need to worry too much about the fashion stakes.

Day Two of the April Meeting is one that is all about learning. You’re being presented with an opportunity to learn about younger horses, as well as with the chance to learn about which mares and fillies will be on the ‘ones to watch’ list for the season to come at the end of the year. On top of that, of course, you’re getting a chance to bid farewell to some of the mares that have performed the best during the previous few months.

If you’ve always wanted to experience Cheltenham but fear that the Festival will be a bit too busy and populated by people that have a big investment on the outcome of events then the April Meeting might be for you, with the second day especially worth looking out for. Given that it’s during the week and is especially for female horses it’s an ideal day to bring the kids to, given that the more ‘merry’ revellers are less likely to attend. That doesn’t mean it’s not a day full of betting opportunities, though, so do your research and hope for the best.