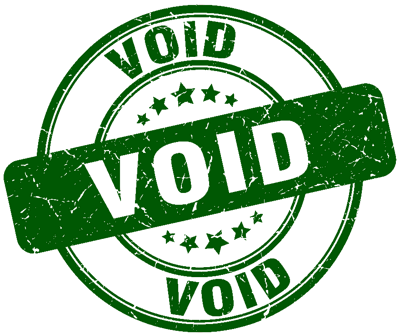 If you are someone who places your bets on the day then there are a flurry of bookmaker offers to take advantage of, especially around big meetings like the Cheltenham festival.  Generally if you bet after 9-10am on the day of a race, when early prices have been released, then non-runner no bet is given as standard.  If however you prefer to bet ante-post (usually a day or more before the race) then not only do you not get deals such as free bets for winners, best odds guarantee and faller insurance, you may not get your money back if your horse doesn’t run.

There are many reasons to bet ante-post however, maybe you are taking advantage of better odds that you think will come in closer to the race, or maybe you just want to place all of your bets for the meeting in one go.  Whatever the reason if betting ante-post, in particular on big Cheltenham races, then you really should bet with a betting site that gives you non-runner n bet as standard.  Imagine losing your stake without even a chance to win? The sites we recommend below have the fairest no runner no bet terms for Cheltenham.  Further down read more details on how to best use the non-runner refunds when ante-post betting.

Non Runner No Bet On All Races
Claim Here
Non Runner Money Back applies to bets placed after 10:00 on Tuesday 12th January on all 2021 Cheltenham Festival races. Applies to Sportsbook bets only. T&C's Apply. 18+. #ad

Non Runner No Bet On All Races
Claim Here
Applies from 10am 6th January 2021. No rule 4 will apply until after the final declaration. T&C's Apply. 18+. #ad

What Is Non-Runner No Bet? 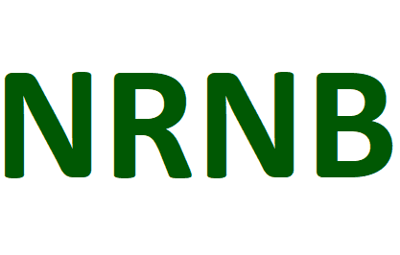 In the most simplistic terms possible, if the horse that you placed a Win or Each-Way bet on doesn’t race then you’ll get your stake returned to you. This is in cash, straight back into your account as if you’d never placed the bet in the first place. In some rare instances with special offers you might get it refunded to you as a free bet, so it’s always worth looking at the small print with each bookmaker just in case.

If your bet was part of an accumulator then things become slightly more complicated. What tends to happen in that instance is that the horse that doesn’t run is simply wiped off your acca, with the accumulator shifting odds accordingly; a treble will become a double, for example.  For more see our article on disqualification and non-runners.

There’s a reason why seasoned punters love the ante-post market, which is that you can pick up some really good deals in there. Bookmakers will sometimes offer long odds early doors, before the market has properly formed, and if you’re quick off the mark then you can take advantage. The problem is that the majority of companies don’t allow the No-Runner No Bet offer to count towards bets placed on the Ante-Post market, especially well in advance of a race.

It’s all a bit of a game of risk versus reward. On the one hand, long odds on a horse that you know is likely to do really well can be very tempting and if it comes home then you’ll be laughing all the way to the bank. On the other hand, you don’t get the protection of No-Runner No Bet, so your bet will be classed as a loser and you won’t see your stake again. You will also lose out on any best odds guarantees and most other on-the-day offers. 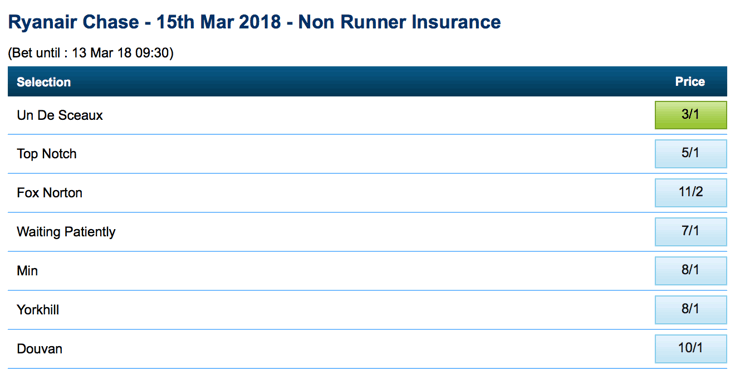 The best advice we can offer is that if odds look too good to resist then it’s probably worth the risk in the ante-post market, but if you’re only talking a couple of quid then you might want to stick with betting closer to the time to protect yourself, or to take advantage of other promotions.

If you place a bet on the day of the race and a horse doesn’t run in your race then your bet may face deductions under Rule 4.  This does not however apply to ante-post bets, where your selection will retain the original odds.  This is one of the other benefits of ante-post betting.

What Classes As A Non-Runner?

This is a crucial question, with some horses lining up but then not actually completing the race. For almost all bookmakers a ‘non-runner’ is a horse that is named to take part in the race but doesn’t actually do so. If you look at a race card you might notice that the same horse is named in two or more races over the course of a race meeting. This isn’t because its owners are über confident about it winning, but rather because they can’t decide which race to enter it into. Might it do well in a big race if some of the more favoured horses are missing? Or should they keep it in a lesser race with a field they know is weak?

Those are the decisions that a horse’s owners and trainers have to contend with around the time of a big meeting such as the Cheltenham Festival. The likelihood is that a decision will be made late in the day, which is why they were meant to start a race but ended up not doing so. Equally, some horses might get injured in the build-up to a race and are therefore withdrawn from it at the last minute. If your horse lines up, gets going but immediately pulls up then, sadly, it classes as a runner.  Any horse that has come under starters orders is classified as a ‘runner’.

Non-Runner No Bet Races At Cheltenham

As you’ll know from looking around this site, there are four main races over the course of the Cheltenham Festival. On Day One it’s all about the Champion Hurdle, whilst Day Two sees the Queen Mother Champion Chase gain everyone’s attention. The Stayers’ Hurdle on Day Three is one to get excited about, but by then plenty of attention will already have switched to the Gold Cup on the final day of the Festival. 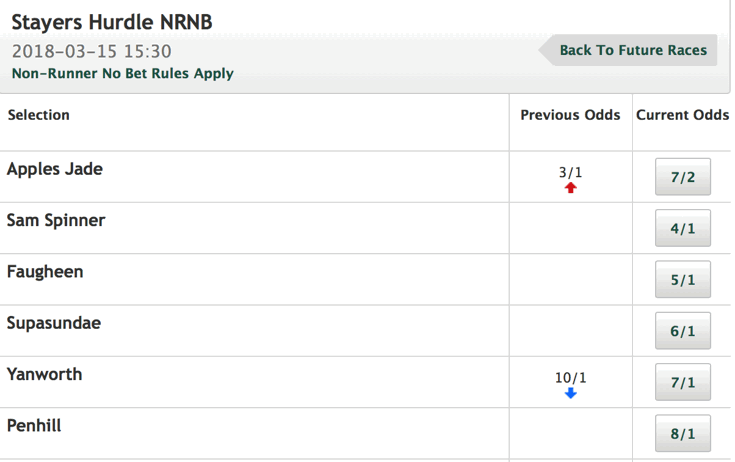 Now some bookmakers will only offer Non-Runner No Bet as an option on the main four races of the week, so don’t assume that just because you’ve seen those four words somewhere on the site that the race you’re betting on is covered by the offer. A handful of bookies do cover all of the races throughout the meeting, these will be shown in our table at the top of this page when available.

How To Use Non-Runner No Bet At Cheltenham

Once you know whether or not the race you’re hoping to bet on is covered by the Non-Runner No Bet offer you can, essentially, sit back, relax and place your bets. If you’re the sort of person that likes to plan well ahead of time and has already placed your bet on the ante-post market then it’s always worth seeing if you’ve gone with one of the few bookies that allow the offer to stand for those bets. If they don’t then you’ll basically just have to hope all of your horses make it to the starting line.

If you like to place your bets late in the day then double check with your bookmaker of choice when it is that the Non-Runner No Bet offer becomes active. As a rule of thumb, bets placed on the day of the race after 10am are usually safe, though some bookies allow bets as far back as 48 hours before. Keep your eye out on the ruling as to whether or not your horse was a non-runner and if it was wait for your stake to come back into your account, this should happen within an hour.