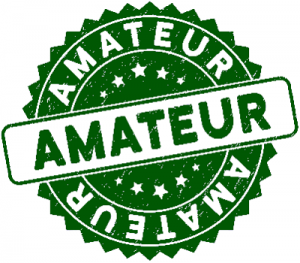 Horses that don’t have much experience of running races are usually referred to either with reference to their name, such as fillies, or else by the category of race that they can run in, like maiden. If you see a horse race being referred to as an amateur race then don’t get confused and think that it means that the horses haven’t turned professional yet.

That is, in fact, a reference to the jockeys. An amateur race can feature horses of varying ability and be run over different distances, with the only common factor being that the people in the saddles have not yet become pros at their job of being jockeys. That doesn’t mean that they lack experience, however, nor that the races won’t be fun to watch.

Amateur Races At The Cheltenham Festival

Amateur Races At Other Cheltenham Meetings

What Are Amateur Horse Races?

It is part of the curiosity of horse racing that amateurs can take part in standard races, but professionals are not allowed to take part in the races that are aimed squarely at amateurs. That’s because these races are designed to give amateurs the experience of racing without asking them to compete against people that are already exceptional at their job.

Amateur racing has been around as long as horse racing itself, giving riders the opportunity to learn the ropes before deciding whether to turn professional or not. The key reason to be viewed as an amateur is that jockeys can then claim a given weight off their horse, usually starting at 7 pounds and being reduced the more wins are notched up.

Amateur races are, as you might have guessed, those that are limited to amateur riders only. You can tell an amateur rider because their name is written on the race card for the day with a prefix of Mr, Mrs, Miss or whatever other title they bear. The races that are for amateurs are blocked to any rider other than those that have yet to turn professional.

There are no real rules about amateur races, in the sense that they don’t have to be limited to be run over a certain distance or only feature a given number of fences. Amateur races can be handicap or non-handicap races, with the only hard and fast rule being that the competitors cannot be licensed professionals to take part in the race.

If you’re unsure then it’s always worth checking out the race card to find out what the rules for the race are. The race card will give you all necessary information, including whether the race is open to all amateur jockeys or limited to just ladies or just gentleman.

In short, there are no hard and fast rules in terms of what the race will look like. That being said, it’s unusual for an amateur race to be overly tricky for the simple reason the jockeys aren’t experienced so race organisers tend not to want to ask too much of them.

Whilst that case of there being no hard and fast rule also extends to what sort of horse amateur riders tend to race upon, it’s not uncommon for amateur riders to race on older horses that are more experience and know the racecourses that they’re running on quite well.

Similarly, it’s unusual for amateur races to be run on long courses with difficult jumps, which is why races such as the Foxhunter Challenge Cup, which is basically the Gold Cup but for amateur riders, stand out and are well respected within the industry.

Being An Amateur Jockey

Amateur jockeys are people who tend to want to ride for fun rather than for money, if for no other reason than they don’t get riding fees in the same way as professional jockeys. Those with a Category A Licence are able to race against other amateurs, whilst Category B Licenses entitle the holders to race against amateurs and professionals.

If you’re hoping to take part in races then in the majority of cases you’ll need to be a member of the Amateur Jockeys Association. There are some exceptions to that, which are Hunter Chases, military races and races in which professionals are also able to take part.

The best thing to do to outline how amateur races work is to give you some specific examples of actual races that take place during the National Hunt calendar. Here’s a look at three hurdle races and three chases:

This Class 5 race us run over 2 miles, 3 furlongs and 110 yards and is open to horses aged four and over with a rating of between 0 and 100. It features ten hurdles during its running and usually lasts for around five or six minutes.

As the name suggests, it takes place at Lingfield Park and is a handicap race.

Run at Sandown Park, this race is a Class 4 offering that is for military amateur riders. It takes place over a distance of 1 mile, 7 furlongs and 216 yards and has eight hurdles for the riders to jump during that distance.

It’s for horses aged four and over and they need to have a rating of between 0 and 115 to take part. It usually lasts for four minutes or so, giving you an indication of what is asked of the jockeys who take part in it.

A qualifier race that is run at Perth and is open to horses aged four and up, it’s a Class 4 event that is run over 2 miles, 7 furlongs and 207 yards. The horses must be rated between 0 and 105, whilst the jockeys will have to guide them over 12 hurdles during the race.

This is a steeplechase run over a similar distance to some of the hurdles listed above, coming in at 2 miles, 7 furlongs and 180 yards. The distance is that there are 20 jumps to be negotiated by the amateur jockeys, giving you an excellent idea of how different races can be.

The horses are also older for steeplechases, needing to be five or over for this one and with a rating of between 0 and 135. The race typically lasts for over six minutes and is one of those rare things: a jump race run at Ascot.

This is the Cheltenham Festival’s most run event, having been moved to the racecourse in 1911. It was the second-most important event on the National Hunt calendar until the 1930s, with a Grade 2 classification to match. It’s run over 3 miles, 7 furlongs and 147 yards.

The National Hunt Challenge Cup is for horses aged five and up, with different weight requirements depending on their age. It’s for novice chasers, which adds to the challenge for the amateur jockeys as they attempt to cope with the 25 fences during the running.

The Foxhunter Challenge Cup is arguably the most famous race for amateur riders and probably the toughest. It’s essentially the Gold Cup but for amateurs, taking place over the same course and the same distance as the Cheltenham Festival’s showpiece event.

First run in 1904, horses must have come first or second twice in a hunters chase or won two point-to-point events in order to be eligible to take part in it. It’s run over 3 miles, 2 furlongs and 70 yards, featuring 22 fences during that distance.