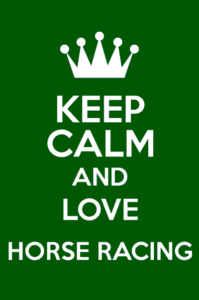 When you think of the Royal Family and the world of horse racing, you would understandable turn to Ascot Racecourse before any other. After all, the course holds the Royal Ascot meeting every year and the Berkshire venue is just over eight miles from Windsor Castle. On top of that, the course was actually founded by Queen Anne in 1711.

You’re unlikely to think immediately about the Cheltenham Festival and the Royal Family, but there are plenty of ties that link the two together. That’s not exactly surprising in the sense that the Festival is one of the most famous jump racing meetings in the world, but it is when you think that the Royals are more closely associated with flat racing.

Let’s start by taking a closer look at the links between the Royal Family and the Cheltenham Festival. The clearest one has become so interlinked with the meeting that it is the feature race on the second day of the Festival: the Queen Mother Champion Steeple Chase. 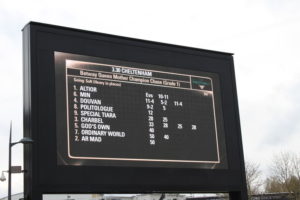 The Queen Mother Champion Chase is a Grade 1 National Hunt race is run over 1 mile, 7 furlongs and 199 yards and took place for the first time in 1959. Run on the Old Course, the race is considered to be the leading one in the National Hunt calendar that is run over the minimum distance.

The event’s link to the Royal Family is made clear by the fact that it was originally known as the National Hunt Two-Mile Champion Chase, being renamed in 1980 in recognition of the Queen Mother’s 80th birthday. A long-time supporter of jump racing, the Queen Mother owned numerous National Hunt horses during her life.

One such horse was Game Spirit, who finished second in this race in 1976. It remained sponsor free as a race until 2007, with Seasons Holidays taking over sponsorship duties between 2008 and 2010. Sportingbet, BetVictor and Betway have all enjoyed a stint since, reminding racegoers that it is a commercial race nowadays rather than one honouring a Royal.

Well-hidden away from the main boxes at Cheltenham Racecourse is the Royal Box. Guarded on race days irrespective of whether there are members of the Royal Family in attendance, food and drink can be served in the box to whoever is watching the racing from there. Obviously it is not open to just any old racegoer, with the right to enter being strictly invite-only.

The box is located inside the Princess Royal Stand, which was opened in 2015 by Princess Anne herself. The centrepiece grandstand has five and a half floors and was built as part of the £45 million redevelopment of Cheltenham Racecourse. That allows room for bars, toilets, viewing areas and restaurants, as well as eleven boxes alongside the Royal one.

Of course, there has to be something special about the Royal Box and that comes in the form of the fact that the balcony on the outside of it offers guests more than one view of the racecourse. It is the only box in the Princess Royal Stand that boasts a dual view, meaning that guests can look at the side of the racecourse as well as the front-on view.

The project that involved the building of the Princess Royal Stand included fourteen different elements and was made more complicated by the fact that the course wanted to continue racing whilst it was taking place. It was important to name it in honour of Princess Anne, though, given she was an accomplished horsewoman in her own right.

If Royals do attend the Cheltenham Festival, or indeed any meeting at the racecourse, there are certain rules that are in-play. For example, there can be no garlic served in their food, with the Royals reluctant to have smelly breath when they speak to fellow racegoers. If onions are to be served then they need to be boiled first to remove any possible scent. 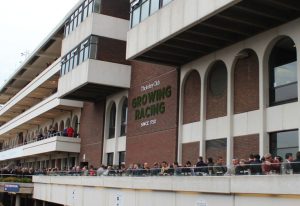 The Jockey Club owns and operates fifteen racecourses in the United Kingdom, of which Cheltenham Racecourse is one. That in itself might not seem all that relevant to the Royal Family, but the Queen is the patron of the Jockey Club and so has an undeniable link to the Prestbury Park course.

The likes of Prince Philip, the Duchess Of Cornwall, Prince Charles and Princess Anne are also members of the Jockey Club. The organisation is governed by a Royal Charter, which dictates that it must act in the long-term interests of British racing. With 168 elected Members and 24 Honorary Members, the Jockey Club is one of the sport’s most important influences.

Perhaps it’s no major surprise that Cheltenham Racecourse has links to the Royal Family. After all, Prince Charles, Princess Anne, Zara Phillips and Prince and Princess Michael Of Kent have all lived in Gloucestershire at one point or another. Indeed, the county has had Royal links since George III visited it in 1788.

King George III’s first attraction to the region was brought about by his desire to enjoy the spa water in Cheltenham. Indeed, his overall enjoyment of the place, where he stayed for five weeks with his family, is believed to have resulted in the town of Cheltenham prospering and medicinal spas being popular throughout the country.

In the 1880s Prince Edward, who would go on to become Edward VII, realised that the town would provide the perfect place for him to meet with his mistress, the actress Lillie Langtry. In the years that followed it became popular for Royals to visit for decidedly less sordid reasons; namely the desire to attend Cheltenham Racecourse and enjoy the competitive racing there.

The Queen And The Gold Cup

Whilst the Queen has always been more closely associated with the world of flat racing, she does enjoy a National Hunt race every now and then. One such occasion was in March of 2009 when she decided to enter the Queen Mother’s horse into the Gold Cup, marking the first time that she had entered a horse into the famous and prestigious race.

It was somewhat fitting that it was a horse owned by the Queen Mother prior to her death in 2002 that was entered into the race. She was the only Royal to date that had seen a winner in any of the races run during the Festival. In 1965 she watched Dave Dick ride Antiar to victory in one of the Festival races.

The horse was Barbers Shop and it was declared to be a ‘long shot’ for the famous trophy even. By the Queen’s former Stud Manager, Sir Michael Oswald. The year before it had come second in a race, but the Queen wasn’t there to watch its near miss. The Queen was even believed to have had a bet on the horse, though it will have been a losing one.

Zara Tindall On The Cheltenham Committee

In 2019 the Queen’s granddaughter, Zara Tindall, made the connection between Cheltenham and the Royal Family that little bit more official when she joined the Cheltenham Racecourse Committee. A racehorse owner in her own right who won a Silver medal in the Olympic Games 3-day event, Zara Tindall was appointed by the Jockey Club.

She was formerly the President of the Cheltenham Racecourse 18-24 Club. Upon her appointment she said, “Racing is simply the most exciting sport and it’s open to all. I’m passionate about horseracing, particularly on the jumps side, and the absolute pinnacle of that is Cheltenham. It’s an honour to have been asked…to get involved in a more formal capacity”.

Tindall and her husband, former England rugby captain Mike, live in Gloucestershire and consider Cheltenham Racecourse to be their local venue when wanting to watch the sport. The pair have bought, bred, trained and owned numerous racehorses over the years, whilst Zara actually carried the Olympic torch at the racecourse on her own horse prior to the 2012 Olympic Games.

In 2019 the Royal Family confirmed that it would be giving a Royal twist to the Cheltenham Festival thanks to the presence of the Duchess Of Cornwall at the event to present a trophy. What race other than the Queen Mother Champion Chase could she offer the trophy for? She presented it to the owners of Altior, who had been defended his title from the the previous year.

The Duchess Of Cornwall is one of the Jockey Club’s honorary members, having also been involved with the likes of The British Equestrian Federation, The Brooke Hospital For Animals and the Ebony Horse Club. She was no stranger to Prestbury Park prior to her entering the Winner’s Enclosure to present the prize, having attended numerous times in the past.

Later in the year her and her husband, Prince Charles, decided to enter a runner into the November Meeting. Pacify, who was considered to be a leading contender for the Supreme Trial Novices’ Hurdle, hadn’t lost in five starts over jumps but lost his record when Hang In There managed to hing in there and beat him to the punch.