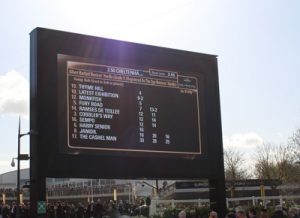 In any walk of life, a novice is someone or something that is inexperienced at the task at hand. They aren’t always referred to as novices, with different professions having different names for them, but it always amounts to the same thing. A novice footballer will be a youth player that hasn’t played in the first team very often, for example.

Novices’ Races At The Cheltenham Festival

Novices’ Races At Other Cheltenham Meetings

How Do Novice Races Work? 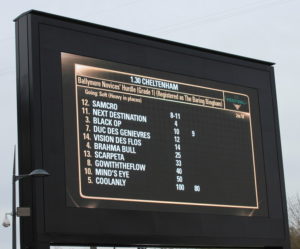 The National Hunt define novices as horses that have not won a certain type of race before the season gets underway. A novice chaser, for example, will not have won a steeplechase prior to the season getting started. Likewise, a novice hurdler will not have a hurdle race win to its name before a given season gets going.

There has been something of a modern concession in the world of horse racing in the United Kingdom. This has seen horses that only notched up their first win in March or April, towards the end of the jump racing season, being able to keep jumping as a novice until the end of October that year. This gives them a little more time to run as novices given the lateness of their wins.

There is another category of novice race, which is that aimed at juvenile horses. Juveniles are horses that are 3-years-old at the start of the season and will turn 4 in January when all horses have their birthdays. We’ve written about juvenile races elsewhere on the site, though, so won’t cover them in any more detail here.

In terms of the rules and regulations for novice races, there aren’t a huge amount apart from the need to ensure that the only horses that can enter the various events are the ones that haven’t won the race type prior to the start of the season in question. That’s why novice races can look so hugely different from each other in terms of what to expect.

The thing to think about from a bettor’s point of view is what the races suggest for the future. We’ll look at the main novice races in more detail shortly, but the main ones take place during the Cheltenham Festival. Each one can suggest future Festival races that the horses will likely be aimed at. The following is a good guide to this:

That’s not a hard and fast rule, of course, but it does give you some indication of the manner in which novice races can be used as an opportunity to read the tea leaves for what’s to come later on in a horse’s career. 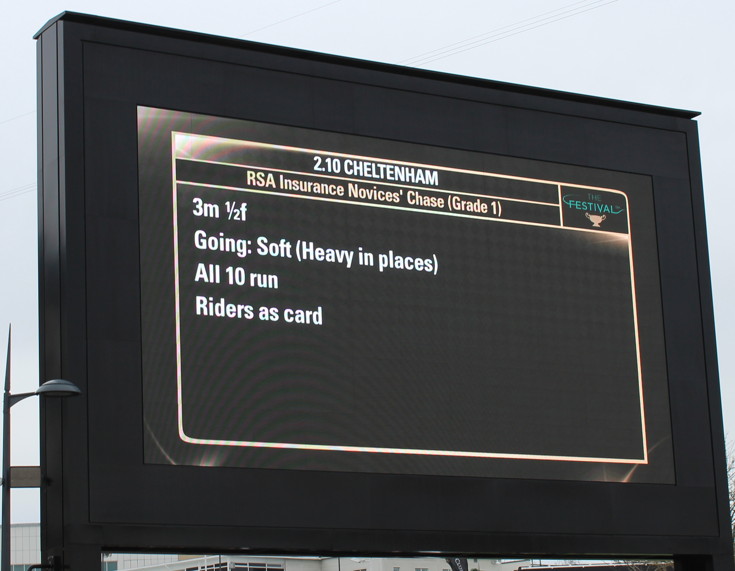 It’s always handy to have a look at some specific races to give you a clearer idea of the manner in which novice events can be so different from each other and yet still maintain an underlying factor that link them together.

One of the main races for novices run during the Cheltenham Festival, the Supreme Novices’ Hurdle is for horses aged 4-years-old and over, provided they haven’t won a hurdle race prior to the start of the season that the Festival is taking place in. Run over 2 miles and 87 yards and featuring 8 hurdles, the Grade 1 race has the following weight information attached:

The race began life as the Gloucestershire Hurdle and it was one of the races that helped the Irish fall in love with the Cheltenham Festival, thanks to Vincent O’Brien winning it 10 times in the 1950s. It is the race that gets the Festival underway, with horses that do well in it often being pointed towards future Champion Hurdles.

The race has been known by numerous different sponsorship names since it was first run in 1971, when it had the title of the Aldsworth Hurdle. Its registered title nowadays is the Baring Bingham Novices’ Hurdle, named in honour of the developer who organised the first ever Cheltenham Festival in 1902, having bought Prestbury Park four years before.

Run left-handed over 2 miles and 5 furlongs, there are 10 hurdles to jump and the race is open to horses aged 4 and over. The following weight information applies:

Named in honour of the horse that won the Gold Cup three times in the 1960s, the Arkle Challenge Trophy replaced the Cotswold Chase as a Cheltenham Festival event in 1969. It has been known by numerous names because of sponsorships and is the leading National Hunt minimum-distance chase for novices. Run over 1 mile, 7 furlongs and 199 yards, it is for novice chasers and features 13 fences.

Open to horses aged 5 and over, it has weight information of 11 stone and 4 pounds attached, with mares given an allowance of 7 pounds. You can already see how different it is from the previous two races that we’ve looked at, and yet it still fits into the bracket of being for ‘novices’. In this instance, though, it’s for horses that haven’t won steeplechases rather than hurdle races.

A Grade 1 race that is run over 3 miles and 80 yards, the RSA Insurance Novices’ Chase is open to horses aged 5 and over. The following weight information is at play:

There are 20 fences to be jumped during the race, which again indicates just how different novice races can be from each other depending on the rules around a race. It was originally run as the Broadway Novices’ Chase, but has boasted countless different sponsored races since the 1960s. Horses that do well here can be fancied for future Gold Cups, with Lord Windermere winning this in 2013 and the Gold Cup the year after.

The final of the Cheltenham Festival races that we’ll look at before broadening our horizons, the Golden Miller Novices’ Chase was inaugurated in 2011 and is for horses aged 5 and up. It is run over 2 miles, 3 furlongs and 168 yards and has 17 fences that the horses need to negotiate if they hope to win. A Grade 1 race aimed at novice chasers, it boasts the following weight information:

The race was always likely to be for novices, given that it replaced the Novices’ Handicap Chase on the third day of the meeting. That race wasn’t cancelled altogether, however, shifting to the opening day and renamed as the Centenary Novices’ Handicap Chase. Its unsponsored title was given in honour of five-time Gold Cup winner Golden Miller, who raced in the 1930s.

Switching to Aintree Racecourse now, with a couple of novice races that are run during the Grand National Meeting. The first is the Manifesto Novices’ Chase, which was first run in 2009. Taking place over 2 miles, 3 furlongs and 200 yards, it’s run left-handed and is open to horses aged 5 and over with a weight of 11 stone and 4 pounds and a 7 pound allowance for mares.

Aimed at horses that hadn’t won a steeplechase prior to the start of the season, it has 16 fences that horses will need to jump if they hope to win it. It is named after Manifesto, the horse who ran the National 8 times and won it twice. A Grade 1 event, horses that take part in it will often have been tried in the Arkle Challenge Trophy and the JLT Novices’ Chase first.

Another race that takes place at Aintree during Grand National week is the Top Novices’ Hurdle. A Grade 1 offering that is for horses aged 4 and over, it is run over 2 miles and 103 yards, boasting 9 hurdles along the way. Even with just these two races, therefore, you can see the massive difference between types of novice races that can exist.

The field that takes part in this race will often have run in the Supreme Novices’ Hurdle at Cheltenham the month before. Browne’s Gazette won both races in 1984, demonstrating how a horse can have been successful in a hugely respect race and yet still technically be thought of as a novice until the season is over.

Run at Newbury Racecourse each late December or early January, the Challow Novices’ Hurdle is aimed at novice hurdlers aged 4 and over. The weight is 11 stone 7 pounds, with fillies and mares being given a 7 pound allowance. The Grade 1 race used to be run over 2 miles and limited to juveniles, but it was opened to horses aged 4 and up in 1981.

Nowadays it takes place over 2 miles, 4 furlongs and 118 yards, with juvenile hurdlers excluded from taking part. There are 10 hurdles to be jumped during the race, making it a reasonably challenging event when it comes to a horse’s stamina and jumping ability. Many of the best trainers see it as a good test of their charges prior to Cheltenham.

Aimed at horses aged 4 and over, the Henry VIII Novices’ Chase is run over 1 mile, 7 furlongs and 119 yards and has the following weight information attached:

Run right-handed at Sandown Park Racecourse, the Henry VIII Novices’ Chase is a Grade 1 race for horses that hadn’t won a steeplechase before the start of the season. There are 13 fences to be jumped during the running of the race, which is named in honour of Henry VIII. He commandeered Esher as a hunting ground in the 16th century.

It was made into a Grade 1 race in 2011, with many of the previous winners being names that are well-known in the horse racing world. The likes of Decoupage, Thisthatandtother, Al Ferof and Altior have all been crowned winners in the past. It is yet another good example of a race that appears so different from other novice events, and yet depends on the experience of the competitors.