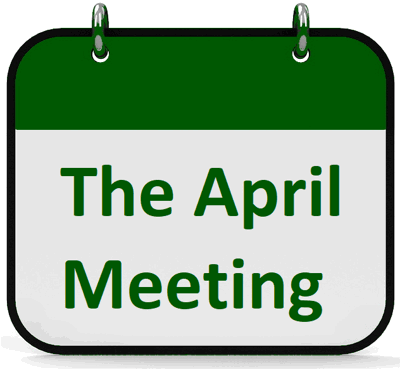 Every year, Cheltenham Racecourse comes alive for the month of March. It’s when the entire world of horse racing depends on that little spot in Gloucestershire in order to hear the famed ‘Cheltenham Roar’ and watch the best trainers in the business send their top horses out, guided by expert jockeys, to compete in the Cheltenham Festival.

By April, the attention of the horse racing world has turned elsewhere. The half-drunk plastic cups of Guinness have all been swept away and those trainers, jockeys and horses trundle off to Aintree for the Grand National meeting. The flat racing season is nearly here, but Cheltenham isn’t quite done with horse racing just yet, as The April Meeting proves.

It doesn’t have the glitz and the glamour of the Festival, nor does it have the national appeal of the Grand National. Yet to those in the business, Cheltenham Racecourse will always be considered as an exciting one to race on. This is the penultimate meeting of the jump racing calendar at Prestbury Park, thanks to another set of races that are run on the bank week holiday in May. On this page you can find out about what to expect if you head to the racecourse to see some action, as well as read about the races that take place across the two days. It might not hold the same place in the public’s imagination as the massive meeting in March or the Aintree race earlier in the month, but for those that like to have a wager there’s still a decent chance of picking up some winnings.

A race was cancelled at the 2018 April Meeting and the 2020 meeting didn’t go ahead at all, so it’s entirely fair to point out that schedules can go out of the window at any moment depending on how the officials see things panning out.

That said, things normally run fairly smoothly and what follows is a look at each of the races during the two days in April that we’re talking about, complete with timings and last year’s winners.

All races at the April Meeting are run on the New Course.

It would be a lie to say that Day One of the April Meeting is filled with Graded races that you can’t tear your eyes away from, but there is at least one Grade 2 race for those of you that want a recognised race to ponder. There’s also a host of Class 2 offerings that still give you plenty to bet on and admire. It’s a day for keeping an eye on the progression of horses ahead of the summer break and the start of the next season.

The Silver Trophy Chase is the standout race of the day, run as Grade 2 offering over 2 miles, 4 furlongs and 127 yards. It’s a limited handicap and is open to horses aged 5 and over. The rest of the day is filled with other races that will capture your attention and there are certainly plenty of challenging events along the way. The Handicap Hurdle, for example, boasts 12 hurdles over 2 miles, 7 furlongs and 213 yards, so it’s very much a race that puts jockeys and horses through their paces. A day to be enjoyed.

If the first day of the April Meeting is a day to relax into and enjoy, the second day is when things begin to get that little bit more interesting. In 2018 Cheltenham Racecourse decided that the best way to make the final day of the meeting something unique was to turn it into a mares’ and fillies’ only day. Every single race was limited to mares’ or fillies’, meaning that it became its own kind of Ladies Day.

In 2017 four of the races had been limited to mares and it proved so popular that Cheltenham decided to extend it to cover the entire day. That remind the case since and will be so again for the foreseeable future. There is one Premier Handicap race on day 2, the Fillies’ Juvenile Handicap Hurdle, but the headline race is probably the Mares’ Novices’ Handicap Steeple Chase Finale, which is a Listed offering. Run over 2 miles and 5 furlongs, it’s a thrilling race well worth watching.

What To Expect At The April Meeting

The April Meeting is held during the week, meaning that the guests who tend to turn up at Cheltenham are either far more knowledgeable about the sport or else families looking for something to do with the kids. This meeting doesn’t hold the same level of attention as the Cheltenham Festival, meaning that the chances of spotting a celebrity or bumping into members of the Royal family are significantly reduced.

On the flip side, you’ll also find that there are far fewer Johnny-Come-Latelys turning up; the sorts that only tend to watch any horse racing twice a year and tend to spend more time in the bar than the Winner’s Enclosure. This is a much more intelligent crowd, with people hoping to get a glimpse of some decent horses that might burst onto the National Hunt scene in a big way over the following twelve months. If intelligent horse racing crowds is your thing then the April Meeting is for you. 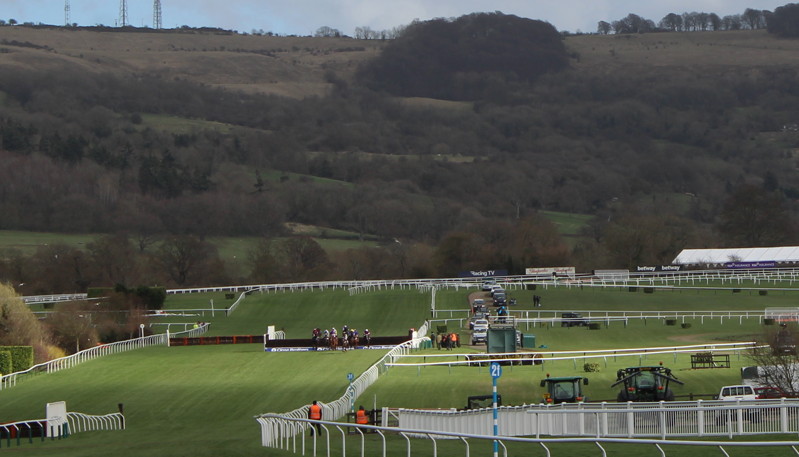 In terms of the weather, the Spring sunshine will almost certainly be bursting through from behind the clouds, meaning that those warm coats and Wellington boots you wore the last time you were at Prestbury Park can be left in the closet.

Indeed, during the 2018 meeting the weather was so hot that officials chose to cancel one of the races for the safety of the horses. It’s also worth noting, given what’s been said above, that you’ll still be able to enjoy a drink or two. It will just be without the pressure to see it off quickly and then buy another one that you might experience if you go the Festival’s busiest days 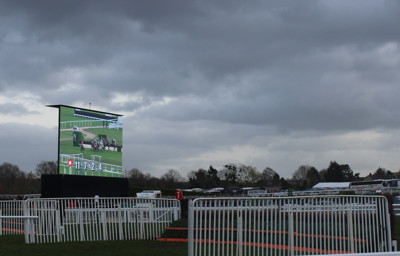 There are two absolutely fantastic days of racing to be seen if you head along to Cheltenham during the April Meeting. No, it will never claim the glamour of the Festival and there’s plenty of racing taking place at Aintree during the month of April that will act as a distraction to most, but if you want to check out Cheltenham in all of its glory and the Festival is a bit too busy for you then this is the time to do it.

When it comes to betting, there are a few races that you might consider taking a pass on thanks to the smaller field, but there are also loads of excellent opportunities where the favourite will be given a run for their money, due in no small part to more horses running and more fences or hurdles to jump. One for the connoisseurs rather than those with just a passing interest, this is an opportunity for you to learn about some of the younger horses to watch out for once jump racing gets back under way later in the year.