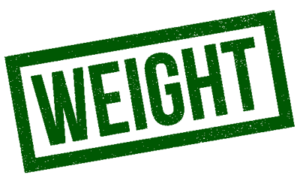 To the uninitiated, working out how weight is added to horses for races can seem like a mythical, strange undertaking. The truth is not far from that, though there is a definite formula that handicappers work to in order to ensure things are done as fairly as possible and in as structured a manner as they can.

But what is that formula? How does it all work? Most importantly of all from a bettor’s point of view, does it really matter? This page will hopefully answer some of those questions and enlighten you as to the way these things are worked out when it comes to National Hunt races.

Why Is Age, Sex and Weight Adjustment Needed?

In Flat Racing the horses are all thoroughbreds and the nature of the fact that they don’t have to get over any fences or jumps means that the racing is ‘pure’. It is a straight race, with the outcome determined by a combination of the jockey’s ability, horse’s ability, the extra weight it’s asked to carry and fortune of its positioning during the race.

When it comes to National Hunt racing things aren’t quite as simple. Steeple Chases feature large fences and jumps that a tricky to navigate, for example, meaning that a horse’s power and strength are vital to where they finish in the race. The courses and races are also longer than in Flat Racing, meaning that a horse needs much more stamina to last the distance. Consequently different aged horses will be entered into different races.

In order to better understand what we’re talking about, it’s helpful to have an idea of the different types of National Hunt races that are run during the season:

Junior races are always run as National Hunt Flat Races, whilst Juvenile racing only ever takes place over Hurdles. Which race a horse is entered into depends more on their experience and development than their age, with both types of race open to three-year-olds. One thing to bear in mind is that all horses, irrespective of when they were born, become a year older on the first of January. For that reason, a race open to three-year-olds on December 31st would be for four-year-olds from the first of January onwards.

A Maiden race is open to horses that have never won that type of race in their career before. You’ll find that there are Maiden Chases and Maiden Hurdles, for example, so a horse that has won a Chase but has never won over Hurdles could enter a Hurdles Maiden but not a Chase Maiden and vice-versa.

The rules over Novice racing are slightly trickier to understand. A horse cannot enter a Novice race if it has won a race of any kind prior to the start of that season, but will be allowed to enter if it has won a race that season. So, technically, if horse X had never won before the beginning of the new season but had won every single race is was entered into since the start of the season, it could enter as many Novice races as the owners and trainers saw fit.

As you can see, there is an obvious line to follow with these sorts of races. A Maiden race will likely feature horses that are younger and less experienced than a Novice race, with Juvenile and Junior races open only to three-year-olds.

Now that we know about the likely age of horses within a specific race type, it’s worth considering the difference weight will make to the enterprise. We’ll start by looking at the reasons that horses may carry additional weight or otherwise:

Much as golfers needs to play several rounds of golf in order to earn a handicap, so too do horses get given a handicap after they have raced under a code three times or won a race under it. The handicap mark is decided by the official handicapper and the quality of race the horse enters, as well as the weight carried in a race, is dictated by their handicap rating. If a horse has a rating of 130, for example, then they cannot enter a race that is for horses rated 120 or less.

What makes things slightly confusing when it comes to weights in handicap races is penalties. A horse may be issued a penalty for any number of reasons, though it is rarely as a punishment. If a horse is running only a short amount of time after winning a race, for example, then it may have to carry extra weight on top of its handicap as a penalty. That means that they may actually end up running with more weight than the official ‘top weight’ would be in that race.

As a solid rule of thumb to work by, a horse carries 1lb less for every point lower their rating is when compared to the next nearest horse. So if one horse is rated as 115 and is carrying 11-10 and the next horse is rated 112 then it would carry 11-07.

Just to add an extra layer of confusion to the matter, jockeys are taken into account too. Say a jockey weight ten stone two pounds and the horse is due to carry ten stone four, then an additional two pounds will be added to the horse in order to ensure the weight it’s running with is correct. Conversely, of course, a jockey’s weight can mean that a horse has to run with more weight than it’s supposed to. As an example, a jockey could be ten stone six and a horse might have to run with ten stone four. If this is the case the starting weight must be declared.

If you’ve ever heard the phrase ‘conditional’ before in regards to horse racing then you might be intrigued to know what it means. It refers to a National Hunt jockey who is an apprentice under the age of twenty-six who has not won more than seventy-five times either under rules or within the last six months.

The reason this is relevant when talking about weight is that a conditional jockey is given an allowance, which is a reduction in weight, depending on their experience. It works out as follows:

If a jockey has won less than five times and is riding a horse that comes from the stables he’s attached to then he’s allowed another 3lb, with a maximum of 10lb being allowed in a race.

Sometimes written as WFA, Weight-For-Age is a condition set on races that is intended to even out the chances for every horse taking part in a race. Interestingly, the name is slightly misleading as it’s not only the age of the horse that makes a difference to how much weight needs to be carried. In fact, there are four different things that dictate the weight that a horse will carry:

British and Irish Weight-for-Age scales were brought into line with each other in 2021, you can see the details here.

Weighing In and Weighing Out

If you’ve ever been to a racecourse then you may well have heard the announcer declare, “Weighed in, weighed in” after a race has been completed. This is because a jockey and his kit, such as the saddle, have to be weighed before and after the race to ensure that the horse is carrying the correct weight.

Before the race the procedure is known as being Weighed Out, whilst after the race they have been Weighed In. That’s why the announcers declare it, so that everyone knows that the weighing has been done and the result can be confirmed.

The first thing to know about is the different terms that are applied to horses depending on their age and sex. They breakdown as follows:

If a race contains females alone then there will be no allowance given on account of sex, though there may be for any of the myriad of reasons listed above. If, however, a race contains both male and female horses then the females will be given a weight allowance of between three and five pounds, depending on the time of year and their age.