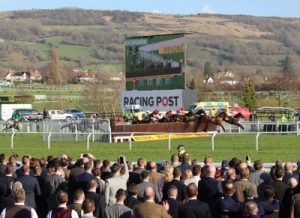 There are plenty of reasons why the Cheltenham Festival is one of the most-loved meetings in jump racing, with one of them being the fact that it is constantly being refined and perfected. Those responsible for organising the racing at Prestbury Park know that they can’t rest on their laurels, instead needing to do anything and everything that they can in order to keep the Festival at the top of the horse racing agenda.

One of the main ways that they can do that is by perfectly balancing the oldest races with some newer events. By keeping the race card fresh, they are able to ensure that new racing lovers are just as impressed by what’s on offer as those that have been following the sport for years. It might seem like the Cheltenham Festival is set in stone, but the very fact that it isn’t is what makes it such a joy to watch every year.

Why New Races Get Added 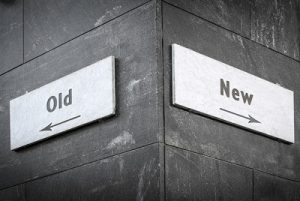 There are any number of reasons why new races get added to the Cheltenham roster, with the main one being the desire of the racecourse organisers to keep things fresh and relevant. A good example of this can be found in 2021, which was when the Liberthine Mares’ Chase, otherwise known as the Mrs Paddy Power Mares’ Chase, was added to the race card in order to reflect the desire of the industry for mares to have more top-class races.

A decision was taken for the 2005 meeting that would see an extra day added to the race card. It was done in order to take advantage of Festival’s popularity, as well as to ensure that each of the four main championship races could have their own day. At the time, trainer Nicky Henderson even wondered whether a fifth day could be added, citing the fact that Ascot had five days of racing so ‘why not Cheltenham?’

Sometimes it’s necessary for race organising to bring one race to a close for one reason or another, but the fact that there needs to be an even number of races on each day means that another event must be born in order to replace the outgoing one. These are just some of the reasons why a new race might be created, with each often boasting its own, unique story for racegoers to discuss and debate about.

With all of that in mind, then, here’s a look at the latest additions to the Cheltenham roster. This page will be kept up-to-date, so any races that are added will have their own section here.

In many ways, looking at the new races that are added to the race card is a celebration of the sport of horse racing’s desire to constantly improve, keep itself relevant and ensure that it offers the best experience possible for all concerned.

When the Cheltenham Festival was expanded to add a fourth day for the 2005 renewal, a wealth of races needed to be added to the race card. One of them was the Ryanair Chase, which is run over two miles, four furlongs and 127 yards, with 17 fences to be jumped during that time. A similar even called the Cathcart Challenge Cup had existed at the Festival before, but that was limited to chasers in only their first or second season.

The race has a weight of 11 stone and 10 pounds attached, with mares receiving a seven pound allowance. Sponsored by the Irish airline Ryanair, who might well be responsible for getting many people from the Emerald Isle to Prestbury Park for the race, its registered title is the Festival Trophy. It was initially a Grade 2 event, being upgraded to Grade 1 in 2008 and has maintained that level ever since.

Officially known as the Centenary Novices’ Handicap Chase, this event’s time at Cheltenham was relatively short-lived. Founded as part of the new wave of events in 2005, the Listed event moved to Sandown Park ahead of the 2021 Festival in order to make way for the Mrs Paddy Power Mares’ Chase. Open to horses aged five and over, it is run over two miles, four furlongs and 10 yards, with 16 fences to jump.

The first ever running of the event was won by Mattie Batchelor on the back of King Harald, who went on the win the Lester Award for the Jump Ride Of The Year. The name of the event has changed numerous times of the years, largely because of sponsorships by various different companies. It is now run at Sandown a few days before the Festival gets underway, meaning it is at least tied to the meeting in terms of timing.

Cheltenham Racecourse boasts an excellent cross country course, which many felt wasn’t being used properly. That might well be why it was decided that a Cross Country Chase should be added to the list of events ahead of the 2005 Festival. Run over three miles, six furlongs and 37 yards, it offers 32 obstacles for the horses, which must be aged five and over, to cope with if they hope to win the event.

It was a handicap race initially, changing to become a conditions event from 2016 onwards. It is one of three cross country races held at Prestbury Park, with the other two taking place in November and December. Tiger Roll won the event both years ahead of his success in the Grand National, also winning in 2021 when his owners decided not to enter him into the Aintree event because of the weight he was asked to carry.

Not to be confused with the Prestbury Juvenile Novices’ Hurdle, this event is officially called the Fred Winter Juvenile Novices’ Handicap Hurdle. It’s a Grade 3 event open to four-year-olds and is run under handicap conditions. Run over two miles and 87 yards, it has eight hurdles that the horses will need to jump successfully if they hope to be in with a chance of winning it when the finish line appears.

Named in honour of the successful jockey and trainer Fred Winter, it was added to the Festival in 2005 and has featured in it ever since. Initially a Listed race, it was promoted to become a Grade 3 offering four years after its inauguration. When it was run for the first time, Nina Carberry was the winning jockey on the back of Dabiroun. Other winning jockeys of the event include Ruby Walsh, Paul Carberry and Sam Twiston-Davies.

The final race to tell you about that was added to the roster of events in 2005 is the Spa Novices’ Hurdle. Often referred to as the Albert Bartlett Novices’ Hurdle because of its main sponsor, the race takes place over two miles, seven furlongs and 213 yards. The horses will need to get over twelve hurdles during the running of the race, which is open to those aged four and over and boasts the following weight information:

It was a Grade 2 race when it was introduced, but it was promoted to Grade 1 in 2008, which was when the vegetable growing company Albert Bartlett took over sponsorship. To date, no jockey has won the race as many times as Tony McCoy, who was victorious four times before he retired from racing. Well-known horses such as Bobs Worth, Penhill and Minella Indo have won this race before going on to greater heights.

The David Nicholson Mares’ Hurdle was established in 2008, being run on the final day of the Festival. It was created to honour David Nicholson, the jockey and trainer who won 22 races in total at the meeting before he died in 2006. Run over two miles, four furlongs and 200 yards, it has ten hurdles as part of the course. It’s open to fillies and mares aged four and over, weighing 10 stone 11 pounds if they’re four and 11 stone 5 if they’re five or older.

The event was switched to the opening day of the Festival in 2009 meaning that that it also moved from the New Course to the Old Course as a result. Initially a Grade 2 event, it became a Grade 1 offering from 2015 onwards. No horse has come close to winning the event as many times as Quevega, who won it six times in succession between 2009 and 2014, cementing her place in the record books.

This race is the Martin Pipe Conditional Jockeys’ Handicap Hurdle, often referred to simply as the Martin Pipe Handicap Hurdle for the sake of ease. It’s for horses aged four and over, with the key information actually being that it is limited to conditional jockeys. Run on the New Course over two miles, four furlongs and 56 yards, it’s a handicap event with nine hurdles for the participants to negotiate if they hope to win.

Named in honour of Martin Pipe, the National Hunt trainer who had retired in 2006, it was established as a new race in 2009. Willie Mullins is the most successful trainer in the event, which is fitting in the sense that he’s a rival to Martin Pipe. Pipe was named Champion Trainer 15 times in his career, winning 34 races as a trainer at the Cheltenham Festival.

Established in 2011 as one of the Festival’s new races, the Golden Miller Novices’ Chase is for horses aged five and over with a weight of 11 stone, four pounds, though mares are given a seven pound allowance. It is run over 2 miles, 3 furlongs and 168 yards, with 17 fences to be jumped. It became a Grade 1 race in 2014 when it was known as the Jewson Novices’ Chase.

It has always been run under a sponsored title, with the Golden Miller Novices’ Chase being its registered title and given in honour of the famous horse. Aimed at novice chasers, it is run on the third day of the Festival and was introduced as a replacement for the Novices’ Handicap Chase when it became the Centenary Novices’ Handicap Chase and was moved to the first day of the meeting.

A Grade 2 event for novice mares, the event is run over two miles and 179 yards. The weight information for the race is slightly complicated, given that four-year-olds can carry ten stone and nine pounds, horses aged five and over have 11 stone and two pounds, Class 1 weight-for-age hurdle winners take a five pound penalty and Class 2 weight-for-age winners take a three pound penalty, as do Class 1 handicap hurdle winners.

There are eight hurdles to be jumped in the race, which was run for the first time in 2016. It was brought in in order to allow the Cheltenham Festival to expand to 28 races, initially being run under the sponsorship title of the Trull House Stud Mares’ Novices’ Hurdle. That continued until 2019, being run with numerous sponsored names since then. Willie Mullins was the winning trainer for the race’s first five outings.

The Liberthine Mares’ Chase was introduced to the Cheltenham Festival in 2021, replacing the Centenary Novices’ Handicap Chase on the race card. The decision to replace that race with this one was taken after ‘consultation with key stakeholders’, which included trainers from both Britain and Ireland. The Centenary Novices’ Handicap Chase was moved to Sandown, with this race coming into Prestbury Park as a replacement.

Initially run as the Mrs Paddy Power Mares’ Chase because of sponsorship, the new event was decided upon in order to give female horses another race run in at the Festival. Taking place over two miles, four furlongs and 127 yards, the race is for mares aged five and over with weight information of 11 stones and two pounds. There are 17 fences in the race, which is run on the New Course at Prestbury Park.