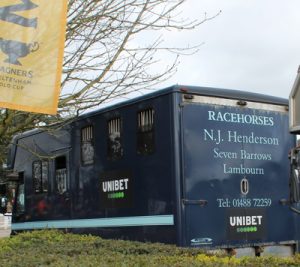 The jockeys might be the people that take all the credit when a horse wins a race, being able to lift their whip high into the air and take the acclaim of the adoring crowd, but it’s the trainers that will feel most satisfied with the victory. Training is always something of a difficult thing to totally appreciate for many people; wouldn’t a good horse with a solid jockey win most races anyway?

Just because their work goes unappreciated by some doesn’t mean that trainers aren’t the most important people in the industry. Owners will pay good money to have their horses trained by the right people, whilst those just starting out as jockeys know that their careers could be made by working with the best yard. Here’s a look at the Cheltenham Festival’s top trainers.

First things first, let’s look at the names that we will explore on this page. The tricky thing about discussing trainers is that many of the most successful ones are still working in the industry. We’ll give you the facts and figures as we currently understand them, but do bear in mind that they may have changed when you’re reading this.

They’re the trainers that claim the top five places in the list of most successful ever at the Cheltenham Festival, but the biggest races they’ve won only tells half the story. We should point out that we’re literally going on number of winners here, not weighting the races they’ve won in any way. As a result, Willie Mullins sits at the top.

The sharp eyed among you will have noticed there are six entries on the table.  This is because Gordon Elliott with 34 wins is tied for 5th place on the list and from next year for sure he will likely rise quickly through it, given he is only 44 years old right now and achieved all of those wins since 2011. 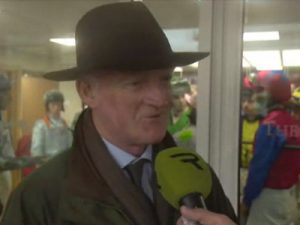 At the time of writing, Willie Mullins is the most successful trainer that the Cheltenham Festival has ever seen. We have to add the asterisk that he’s still working, if for no other reason than his tally of 88 wins might have been improved upon by the time you get to read this. Born William Peter Mullins on the 15th of September 1956, he is a son of County Kilkenny in Ireland.

Willie Mullins was an assistant to both Jim Bolger and Paddy Mullins, his father, before gaining a licence of his own in 1988. He learnt what worked and what didn’t as a trainer when he spent years as an amateur jockey in his native Ireland. Though he would go on to become the meeting’s most successful trainer, it took him a while to get his first win.

That came in 1995 when Tourist Attraction won the Supreme Novices’ Hurdle under the ride of Mark Dwyer. Once he popped his figurative cherry, however, the Irishman simply couldn’t stop winning. Florida Pearl handed him wins for two years running, both times under Richard Dunwoody, firstly in the Grade 1 Weatherbys Champion Bumper  and then in the Royal & Sun Alliance Chase.

Such is Mullins’ love affair with the Cheltenham Festival that it seems remarkable to think that it took him until 2019 to win the main event of the Gold Cup and it took him until 2022 to complete the set by winning all four Championship races when he won the Champion Chase. As with the rest of his experience at Prestbury Park, however, once he’d won it once he kept on doing it, seeing Al Boum Photo retain the trophy in 2020. 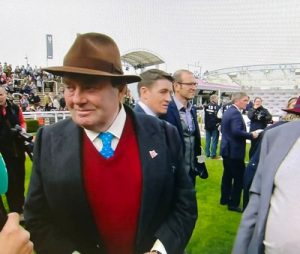 If anyone is likely to catch Willie Mullins before hanging up their spurs then it’s surely Nicky Henderson, who would have matched Mullins’ haul of Cheltenham Festival winners if not for a brilliant last day by the Irishman in the 2020 renewal of the meeting. The pair seem to drive each other on, constantly pushing each other to achieve greater and greater accomplishments.

It’s possible that it is Nicky Henderson’s father Johnny Henderson that has pushed him on; after all, it can’t have been easy to be the son of the Aide-de-camp of Field Marshall Montgomery and one of the founders of the Racecourse Holdings Trust. One of the races run during the Festival is even named after him, the Johnny Henderson Grand Annual Chase.

Nicky Henderson is one of several trainers who are English rather than Irish, having been born in England and educated at Eton. He’s been a trainer since 1978, basing himself in Berkshire after spending his formative years working as an amateur jockey and assistant to Fred Winter. It paid off, with Henderson soon becoming one of jump racing’s most prolific trainers.

At Cheltenham he’s won virtually every race there is to win, with See You Then winning the Champion Hurdle three times in succession in the 1980s. Long Run and Bobs Worth both won him the Gold Cup in 2011 and 2013 respectively, whilst Henderson has also won on the flat a number of times. He was given an OBE in the 2020 New Year’s Honours list.

Born in Gloucestershire in 1962, Paul Nicholls is based in Somerset and is considered to be one of the best horse racing trainers of his generation. He’s trained more than 3,000 winners and taken home millions in prize money. If this list was weighted according to the races that the trainer had won then Nicholls would be at the top, having 4 Gold Cup wins to his name.

He won 133 races as a National Hunt jockey before hanging up his saddle and turning his mind to training. Having been working at a point-to-point yard since the age of 16 he was destined for a life fulfilled by horse racing. Quite whether his policeman father thought this was a good idea at the time remains to be seen, especially when he broke his leg after being kicked by a horse in 1989.

That was what gave him the excuse to become a horse trainer, however, and it’s fair to say that he found his true vocation on that front. He gained his professional licence in 1991 after working as an assistant trainer for David Barons for a couple of years. During this time he witnessed Seagram win the Grand National, spurring him on to want to win the race as a trainer in his own right.

His breakthrough in the world of jump racing was probably during the 1999 Cheltenham Festival, when he won three of British jump racing’s most prestigious races in the form of the Queen Mother Champion Chase, the Arkle Challenge Trophy and the Gold Cup. His move into the big time was confirmed thanks to a collaboration with Ruby Wash as his stable jockey.

If races were weighted in terms of importance then Fulke Walwyn would sit alongside Paul Nicholls at the top of this list, having won the Gold Cup four times himself. Born in Wrexham, he had a twin sister who was one of the first women elected to become a member of the Jockey Club. She was a trainer and racehorse owner herself, making it a family business.

Educated at Malvern College before heading to Military College Sandhurst, he was an officer with the 9th Lancers and a military policeman during the Second World War before re-joining the Lancers in France. He won the Grand National as an amateur rider in 1936 but fractured his skull in 1939 when falling from a horse, forcing him to retire.

He bought a stables in Lambourn, turning his experience as a jockey to become a trainer and seeing 18 winners before the outbreak of the war. When racing resumed after the war, Walwyn continued where he had left off and gained a particularly affinity with the Cheltenham Festival; he would end his career with 40 winners at Prestbury Park.

Obviously four of those wins came in the Gold Cup, but he also enjoyed major success in other races, including two Champion Hurdles victories. He picked up the Champion Trainer award five times, gaining his Cheltenham winners between 1946 and 1986. His record number of wins stood until 2012 and he is immortalised courtesy of the Fulke Walwyn Kim Muir Challenge Cup.

Born Martin Charles Pipe on the 29th of May 1945, Pipe was the son of a west-country bookmaker and became an amateur jockey after leaving Queen’s College in Taunton. He then went on to become a trainer, though things didn’t immediately turn out to be successful for him on that front. He didn’t get his first win until Hit Parade managed it for him in 1975.

As with most of the trainers on this list, the first real signs of the successful trainer that he would become came about at Cheltenham when Baron Blakeney, a 66/1 outsider, defeated the favourite Broadsword in the Triumph Hurdle in 1981. It was the start of a beautiful and successful relationship between the trainer and the meeting.

Pipe’s success was at least in part thanks to the fact that his stable jockeys included Peter Scudamore, Richard Dunwoody and AP McCoy. He enjoyed more than 200 winners in a single season on eight different occasions, racking up a lifetime tally as a trainer of more than 4,000 winners in Europe. He never managed to win the Gold Cup, with second place being his best finish.

That came courtesy of Rushing Wild in 1993, though he did win the Grand National the following year. Whilst he’ll always be best known for his National Hunt exploits, not least those 34 victories at the Cheltenham Festival, he also trained over 250 flat racing winners. They included six winners at Royal Ascot, though it’s Cheltenham where he’s best remembered. The Martin Pipe Conditional Jockeys’ Handicap Hurdle is named in his honour.

Although only creeping onto the list in joint 5th place come the 2023 Cheltenham Festival Gordon Elliott will almost surely displace Martin Pipe, on account of the fact that Gordon now has 34 Festival wins to his name (as of 2022).

Irishman Elliott is quite young, only born in 1978, and already he will be looking at Mullins record as he will be racing long after Willie has retired.

Based in County Meath Elliott got his trainers license in 2006 but didn’t train his firth Cheltenham winner until 2011, in the Coral Cup.  It is astonishing that by 2022 he has 33 wins and two top trainer titles to his name in just 11 years, at that rate he can certainly look at Mullin’s record as being achievable providing he can stay at this level.

Despite only having been around for just over a decade Elliott has already made some serious history at Cheltenham.  He won the Gold Cup with Don Cossack in 2016 (although, the other Championship races have so far eluded him) and he trained Tiger Roll to two of his record three Cross Country Chase wins – perhaps the hardest race to win at Cheltenham.  He, of course, also won two Grand Nationals with Tiger.

The reason Elliott only trained Tiger Roll to two out of three of those wins, however, was because he lost his license in 2021 for 6 months after an unsavoury photograph with him and a dead horse was leaked.  This meant fellow trainer Denise Foster took over that year and he lost some good horses to rival yards.

If he hadn’t have missed out on that year he would already be 5th in the list at least.  It may take some time for race fans to forgive his antics but ultimately if he continues as he has been before eventually it will be long forgotten.