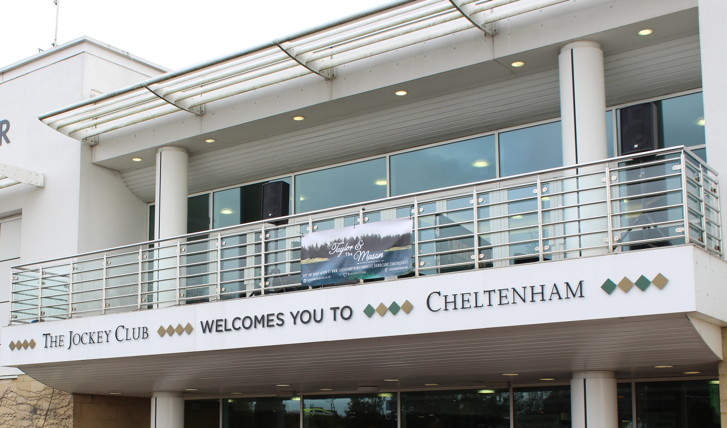 The Cheltenham Festival is one of the most celebrated events in the National Hunt calendar, welcoming the world’s best horses, trainers and jockeys to Prestbury Park every March as they attempt to win some of jump racing’s most respected races. Elsewhere on this site you can read about why the Festival is so beloved of racing fans, as well as why Cheltenham was the locale chosen for the racecourse in the first place.

Here you can find out about how the Festival itself has grown and developed, from the small meeting set up by W. A. Bingham Baring to test the horses from his own stud farm and then developed when Frederick Cathcart joined the team. The history of the Festival shares some overlap with the racecourse’s history, as you’d expect given that it’s unlikely that the latter would ever have taken place if racing hadn’t already proven to be popular in the area.

For history of Cheltenham Racecourse see our dedicated article.

Racing In Cheltenham Before The Festival

The groundwork for the Festival was laid almost 100 years before the first one took place, with racing occurring in the Prestbury Park area of Cheltenham as early as 1815. It moved around various locations to begin with, starting life at Nottingham Hill before shifting to Cleeve Hill on a somewhat more permanent basis. Three days of racing began taking place regularly every August from 1819, eventually welcoming crowds of up to 50,000 people to watch what was then a series flat races.

Such was the popularity of the event that all sorts of less reputable characters began to turn up, causing the local Anglican Rector to rail against the evil of horse racing. Reverend Francis Close encouraged his flock to disrupt the event, leading to rocks, bottles and other things being thrown at the horses and injuring the jockeys. The year after that he led a group of people that set fire to the grandstand, causing the racing to move locations. Between that and an economic downturn, the racing had all but stopped by the mid-1840s.

W. A. Baring Bingham Arrives On The Scene 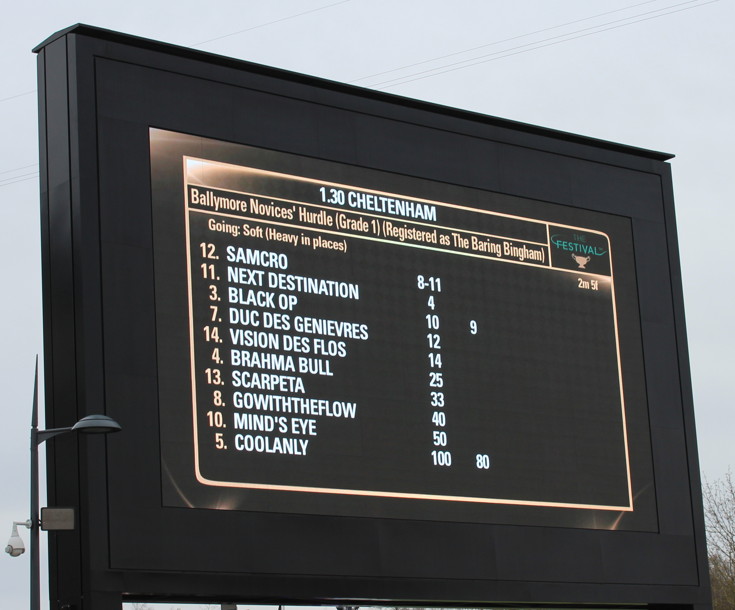 Racing continued to take place sporadically in the Cheltenham area throughout the 1800s, but in truth it had all but died a death by the 1850s and it seemed as though the area would be good for nothing but farming and other such activities. The link to horses never quite left, though, and in 1881 a man named W. A. Baring Bingham decided to buy the Prestbury Park area with the intention of turning it into a stud farm. He was also something of a racing enthusiast and as his stud farm began to develop he realised that there was still an audience for competitive horse racing.

As a result, Baring Bingham decided to host a race meeting in 1898 and it proved popular enough to host more racing there the following year. The popularity of the racing continued to increase and in 1902 it played host to a National Hunt Festival in mid-April. Two years later and the National Hunt Chase was moved to Prestbury Park for successive years, having first run at Market Harborough in 1860. The most crucial event for the establishment of the Festival came about in 1911 when the National Hunt Chase, which was the second-most prestigious national hunt race after the Grand National, was moved to the racecourse permanently.

The Festival Is Established 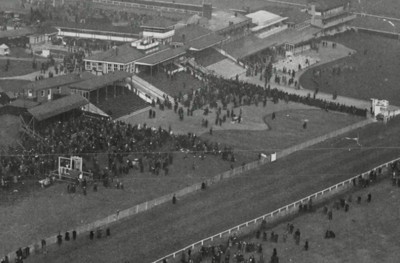 The National Hunt Chase’s move to Prestbury Park in 1911 is seen by many as being the defining moment for Cheltenham Racecourse, with that year being classes as the first Cheltenham Festival as we think of it today. If that was the most important race then the arrival of Frederick Cathcart on the scene that would end up shaping the meeting to become the behemoth that it is now. He was made the Chairman of Cheltenham Racecourse in 1908 and was a chief part of the reason that the Chase moved to the venue from 1911.

Cathcart was a senior partner at the racecourse management company Messrs Pratt & Co that had been appointed to help in the development of Cheltenham as a national racecourse and it was under his guidance that the venue saw some important races arrive. One of those that has had the biggest influence on the history of the Cheltenham Festival was the Gold Cup, which Cathcart introduced to the venue in 1924, following it up quickly with the Champion Hurdle three years later. Described as ‘indefatigable’ after his death, the Cathcart Challenge Cup was named in his honour before it was later replaced in the Festival schedule by the Ryanair Chase. 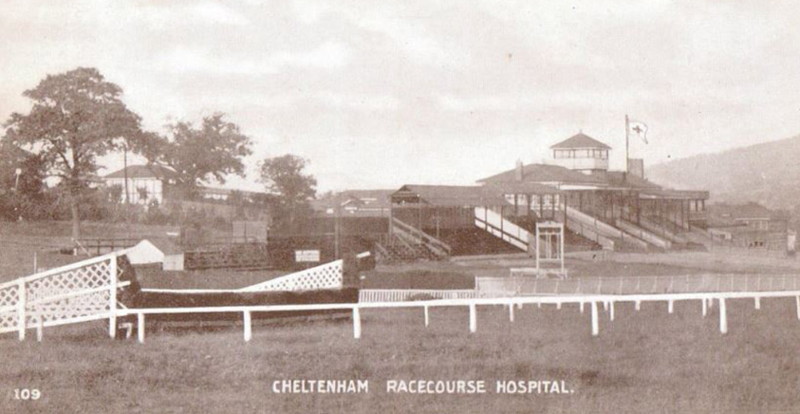 The establishment of the Festival was one thing, but it still needed something to happen in order to see it shift from being a run-of-the-mill racing meeting to something more ephemeral. That indistinguishable factor that helped to propel the Festival into the public consciousness came about in the 1930s when Golden Miller won not one, not two but five Gold Cups between 1932 and 1936. He was seen as a truly special horse when he managed to win both the Gold Cup and Grand National in 1934, being the only horse to do so at the time of writing.

It’s likely that the Cheltenham Festival would have become one of horse racing’s most important meetings even sooner than it actually did had it not been for the outbreak of the Second World War that saw racing grind to a halt. Thankfully another horse was to come to the fore in the post-war years to allow the Festival to stay in the spotlight, being just as important to the history of Cheltenham even if for entirely different reasons. Cottage Rake inspired the now famous Irish invasion to Gloucestershire, becoming the first Irish-trained horse to win the Gold Cup in 1948. Not only that, but he won it for three successive years under Vincent O’Brien and helped the Irish fell in love with Cheltenham.

1960s The Festival Take Off 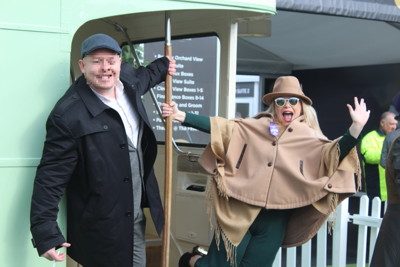 Nothing in the Festival’s history has done as much its popularity as the confluence of events that occurred in the 1960s. The first thing that happened was that Johnny Henderson and some friends created the Racecourse Holdings Trust and bought Cheltenham Racecourse with the specific idea of ploughing money into it to ensure that the venue was safe and protected for the future. This in turn resulted in interest from the BBC who began to broadcast live racing from the course and were blessed when a new hero came to the fore at just the right time.

Arkle remains one of the best horses ever to grace the Cheltenham turf, being held in such high regard that you can see his trophy at the the racecourse. His Timeform rating of 212 is the highest that a steeplechaser has ever been given, so it’s no surprise that he managed to rack up three successive Gold Cup victories between 1964 and 1966. He raced 34 times under rules and won 27 of those races, not only thrusting himself into the limelight but also the Cheltenham Festival alongside him. Every decade has had its own special horse at Cheltenham, yet none of them have ever managed to live up to the billing of Arkle.

Famous Horses Over The Years 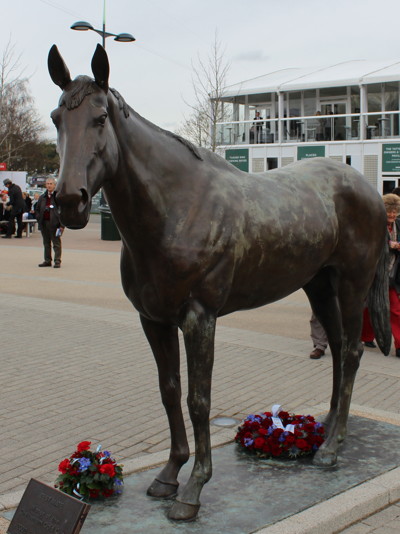 You’ve read about Golden Miller, Cottage Rake and Arkle, but which other horses have impacted the Cheltenham Festival in a very real way? In terms of the Gold Cup the other main one worth talking about is Best Mate (pictured), who followed in the footsteps of Arkle and won three successive Gold Cups between 2002 and 2004. Yet away from the main event, other races have had their own heroes. The Champion Hurdle, for example, has boasted a number of top-class horses as winners over the years, not least of which was Istabraq, who won it three times between 1998 and 2000. Might he have won it a fourth time if the Festival hadn’t been cancelled due to foot-and-mouth in 2001?

Istabraq wasn’t the first horse to win the race three times, following in the footsteps of Hatton’s Grace, Sir Ken. Persian War and See You Then, who had all done so before him. It was a race that also saw a famed flat racing horse in Sea Pigeon win it twice in 1980 and 1981 to earn himself a place on any list of best champion hurdlers. Dawn Run was a horse that earned her place in the record books for both races, winning the Champion Hurdle in 1984 and then the Gold Cup two years later, becoming the only horse to win both races. Of course, the Gold Cup will always be one of the chief races for most Cheltenham viewers, which is why both Desert Orchid and Kauto Star are spoken about with such respect by those that know racing.

The Cheltenham Festival has always been about more than just winning, with few horses demonstrating the crowd’s relationship with the competitors quite like Sprinter Sacre. When he made the switch to fences from hurdles he found his place in the order of things, winning the Arkle Challenge Trophy in 2012 and then the Queen Mother Champion Chase the following year. It was his return to Cheltenham in 2016 that tugged at the emotion heartstrings, however, having not run for more than a year after being diagnosed with an irregular heartbeat, making his second Queen Mother victory one for the ages.

The final horse worthy of mention in relation to the Cheltenham Festival, though there could have been many, is Big Buck’s. Even ignoring the errant apostrophe in his name, the Paul Nicholls trained horse made Cheltenham history when he won four consecutive World Hurdles at the Festival between 2009 and 2012. What made his performances even more impressive was the fact that he married them up with wins in the Liverpool Hurdle at Aintree and the Long Distance Hurdle at Newbury in all four years to cement his place as one of the best staying hurdlers the sport has ever seen. 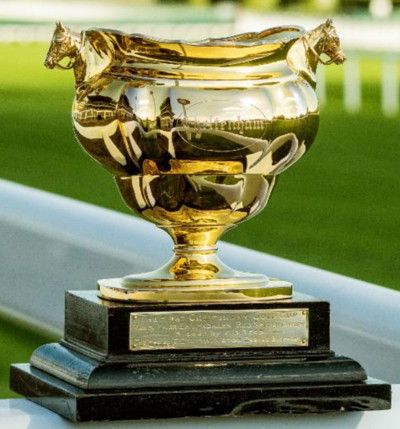 The final thing worth mentioning with regards to the Cheltenham Festival is the important races, including when they were established. We already know that the Gold Cup is the most prestigious event that takes place at Prestbury Park, having been run for the first time in 1924, but it wasn’t the first big race to be established and was actually seen as a support race to the more fancied County Hurdle when it was created.

The oldest championship race still run at the Festival is the Stayers’ Hurdle, which enjoyed its inaugural run in 1912. It was a weight-for-age selling event at the time, with the horses running for the right to be sold for £50 if they won. It was dropped from the schedule a couple of times, over the years and has enjoyed numerous name changes, including earning the moniker of the World Hurdle that Big Buck’s won four times when Ladbrokes took over sponsorship for a time.

It was followed by the County Handicap Hurdle in 1920, which was the final race to take place at the Festival until 2009. A handicap offering, no horse has won it more than once in the modern era. Seven years after it was established it was joined on the roster by the Champion Hurdle, which is the most important hurdling event in the National Hunt’s calendar. The race has enjoyed a fascinating history, including the fact that in 1932 just three horses ran it, perhaps having been put off by the fact that it had been cancelled the year before.

Whilst there are plenty of important races at Cheltenham, which is part of what makes the Festival such an unmissable event each year, the Queen Mother Champion Chase is the last one particularly worthy of a mention. Named in honour of the Queen Mother in 1980, who was a major supporter of the horse racing industry, the race was established as the National Hunt Two-Mile Champion Chase in 1959. The most successful horse to run in it over the years was Badsworth Boy, who picked up successive titles between 1983 and 1985.