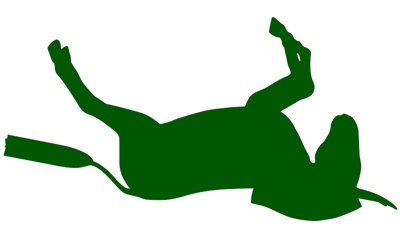 When it comes to attracting customers, bookmakers have got their work cut out. Yes, it’s entirely fair to say that companies that are involved with online betting don’t exactly lead a hard life, but they’ve still got to earn their crust and the competition is fierce. One of the main reason we have a list of recommended bookmakers is that so many come into the industry and then fade away when they fail to win over the punters. It makes complete sense, therefore, for bookies to constantly be looking to come up with new and innovative ways to win custom.

Often the way a company tries to give themselves an edge involves nothing more than coming up with an offer that sounds appealing. Here we’ll tell you all about Faller Insurance, what it is and how you can capitalise on getting your stake back if your horse falls and save yourself some money at the Cheltenham Festival, and during other jump race meetings too.

Fail To Finish Insurance
£1-£10
Claim Here
Stake back as a free bet if your horse fails to finish in selected meetings (including all major Cheltenham racing) including, falling, being brought down, unseating jockey, pulling up or refusing to race. 18+. UK&IRE. Online only. first real money single Win/EW of £1+ per race from 8am on the day of selected races. Max 1x£10 Free Bet per race, valid for 7 days on racing only. Stake not returned. Restrictions and racing rules apply. T&C's Apply. 18+. #ad

Faller Insurance up to £10
£5-£10 - Selected Races
Claim Here
Opt-in. For one meeting every day in the UK & Irish jump season get up to £10 back on win stakes (£5 min or £5 E/W) if your horse falls, unseats its rider or is brought down, claim up to once / race. Free tokens are valid for 48 hours from when they are credited and are unrestricted, stake not returned. Applicable meetings advertised up to one month in advance. No cashout. T&C's Apply. 18+. #ad

What is Faller Insurance

Faller Insurance is, as with the likes of the Best Odds Guarantee and Price Promise, is exactly what it sounds like. There’s no great mystery here or a hidden meaning that you might not understand, just a decent, self-explanatory offer. Put simply, if you bet with a bookie that offers Faller Insurance and you bet on a horse that falls in the race, is brought down by another horse or unseats the jockey, then you’ll get your money back, up to usually around £25.

Most of the good faller cover offers have no minimum bet amount, although some do.  We state all the major terms for our recommended faller insurance bookies above.

Bookmakers are naturally competitive; as we mentioned at the start, they want your business so it’s to out of the realms of the possible that they will both keep up with each other but also try to go one better than their rivals. For that reason it’s important to look out for the details of any offer as they may differ slightly between companies.

The first thing that you’ll want to make sure you’re looking out for is how the bookie will give you back your stake money. More often than not they will return it to you as a free bet.  This will usually be unrestricted, although may restricted to horse racing, and will be valid for anywhere between one days and one week.  The winnings form the free bet should be in cash, the free bet itself is not given back. 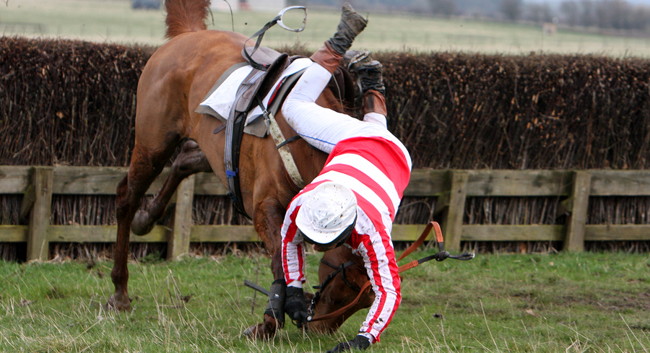 Sometimes the bookie will refund your stake as bonus funds, which is slightly less preferable to a free bet as the likelihood is that you’ll have to ‘roll over’ any winnings after they’ve been paid out. Saying that with a bonus you often get to keep the stake itself if you do meet the wagering requirement.

Obviously the most preferable thing is for a company to pay you your winnings in cash straight back into your account. In truth, though, that is also the least common way of getting your stake back from bookies. There’s no major downside to any of the different return methods, but just make sure you know what’s going to happen.

Do make sure you check what sort of bet is covered by Faller Insurance. The most common options are Win Singles and the Win part of Each-Way bets, but some bookies like to be different and might offer it on accumulator bets, for example.

Obviously your horse needs to actually start the race in order for Faller Insurance to kick-in, so if it pulls up or refuses to go then sadly you won’t be able to take advantage of it. Equally bookmakers only normal offer it for the jump season, replacing it with something like Beaten By A Head/Length when it comes to flat racing.

It is common for a bookmaker to only offer Faller Insurance on certain races, so don’t assume that you’ll get it just because you’ve seen those words on their website – check the page that tells you which races come under the offer.  For something as big as the Cheltenham Festival however expect all races to be covered by a fair few bookmakers.

Arguably the most important thing to think about with Faller Insurance is how big or small your stake is going to be. It’s normal practice for most bookies to only offer it on stakes over a certain minimum amount, and to only cover a certain maximum amount. If the Faller Insurance kicks in on bets of over £5, there’s no point betting £3 and then wondering why your stake hasn’t been refunded. Likewise, if a company will only cover stakes of up to £25 with Faller Insurance and you’re a high-roller then that’s something you might want to think about.

How To Use Faller Cover At Cheltenham

As one of the most popular jump racing circuits in horse racing, it’s true that Cheltenham has its fair share of fallers or horses that unseat their jockeys each and every year. Finding a bookmaker that you trust that offers Faller Insurance can, therefore, save you losing out on a decent whack of money in one of the most frustrating ways possible. Getting your stake back because your horse fell at the last isn’t as good as picking up winnings on that long odds horse that you put a massive bet on, but it at least takes the sting out of the loss.

From 2007 until 2016 the average number of fallers per race over the course of the Cheltenham Festival was 3.4%. Head back to the 2008 jump season and no jockey went the entire year without falling or being unseated at some point, so whilst it’s not a given that you’ll bet on a horse that either falls or unseat the rider, it’s more than a possibility. What we’d recommend is that you don’t think of the Festival as one big block, but rather look at each race individually.

Let’s be honest, if you want to put yourself in the very best position to win a good amount of money then you need to do some work and some research. As well as looking at the form of the horses and the going of the course, have a look to see how many jockeys fell last year in each race you want to bet on. Consider things like the weather and maturity of the horses in the race for example. If there looks to be an unusual amount of fallers in any given race and Faller Insurance is offered then it’s probably worth taking.