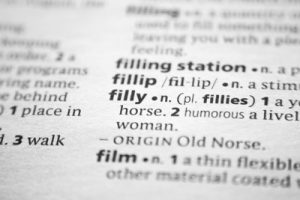 Whilst it would understandably be declared as sexist to say that men and women can’t do the same things in terms of sports, the same cannot be said when it comes to the world of horse racing. The simple fact is that male horses develop at a faster rate than their female counterparts, meaning that asking them to run in the same races at a young age would be unfair.

For that reason, races that are reserved exclusively for fillies are often run during the big race meetings. It means that they can compete against horses that will have developed at a similar race to them, rather than against colts that will usually be stronger and fitter. Fillies are typically thought of as female horses that are aged four and under.

Fillies’ Only Races At The Cheltenham Festival

Given the prestige of the races at the Festival it is unlikely to see a fillies’ only race given it would be a lower class of race compared to the standard Festival grades.

Fillies’ Eligible Races At The Festival

Fillies’ Races At Other Cheltenham Meetings

When it comes to race horses, they are typically put into one of five categories based on their age and sex:

Races that are exclusively for fillies are, therefore, ones that are limited to female horses that are under the age of four. They are more commonly seen in the world of flat racing for the simple reason that flat racing horses are usually much younger than their jump racing counterparts, allowing the horses to run when they’re fasted. They still happen in jump racing, though.

Because the races are for younger horses, they tend to be run over shorter distances than races for mares. They’re also typically a bit shorter than the races aimed at colts and geldings. It’s common for fillies’ races to be run over hurdles rather than the more challenging steeplechase fences, allowing a bit more forgiveness for the horses as they learn how to jump.

In fact, in the British Horseracing Authorities list of requirements for a horse being entered into a race the sex of the horse being declared is one of the standouts on the list. Otherwise a horse must ‘satisfy the race conditions’ and ‘be qualified for the race’, in amongst various other things. It is noteworthy that the sex must be ‘provided by Closing’, though.

Another thing that is interesting to note is something laid out according to the BHA’s ‘general instructions’ for those devising a race programme. Under the section entitled ‘Minimum Requirements as to Races to be Included in a Jump Race Programme’, it says the following that is relevant to this page:

Whilst it doesn’t say anything about the length or form that the race should take, it’s interesting to note that a meeting containing at least three days of racing must have one race for fillies or mares within its programme. After that, the race organisers can decide for themselves the form that they wish said race to take.

The best way to draw attention to the different sorts of races that fillies can run is by having a look at some of them. You’ll see that there are differences and similarities in the rules that apply to the various races.

It’s also worth bearing in mind that fillies can run in races with colts, but these are often termed as juvenile races rather than specifically ones for fillies.

Run at Doncaster Racecourse in January, this race is open to four-year-old fillies. A Listed Class 1 race, it takes place over 2 miles and 128 yards. It has eight hurdles for the horses to jump, being just enough of a test for the young female competitors.

This race is run over 2 miles and 179 yards, being one of Cheltenham Racecourse’s predominant races reserved specifically for fillies. It has eight hurdles over the course of the run and has a handicap applied to it to make it as fair as possible.

A Class 1 Listed race that is reserved for three-year-old fillies, this race is run at Aintree Racecourse in December. There are nine hurdles to be jumped during the 2 miles and 209 yards, making it the biggest test of the three races on our list.

You can see that the races are mostly run over around the two mile mark, which is a decent length for fillies in order to not push them too hard at such a young age. The Aintree race is also the trickiest of the three, given that it features nine hurdles rather than the eight of the other two races, which asks just a couple more questions of the competitors.

In 2018 the British Horseracing Authority decided to launch a project that was aimed at developing the race programme for mares, which specifically included changes to some of the races mentioned here. It was hoped that it would lead to an increase in the population of jumping mares, with the best way of doing that to give fillies more opportunities to jump on their own.

This may well mean an increase in races specifically aimed at young female horses in the coming years, which will hopefully allow for a development of them overall. It is part of an overall drive to increase female participation in horse racing, as evidenced by the decision to host a day specifically for women’s racing at Southwell on International Women’s Day.