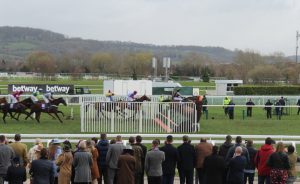 In the world of horse racing, Class 1 is the top class in jump racing. As you might expect, Grade 1 races sit at the top, with Grade 2 and Grade 3 races below them. They are the races of international importance, with the likes of the Cheltenham Gold Cup and the Grand National fitting into Grade 1 and Grade 3 respectively.

Listed races come in slightly below all three but are still Class 1 races. The majority of races will exist at Listed level before they’re moved up to one of the Grades, though they don’t necessarily go in standard order.

Often the same sort of rules that apply to Grade 3 or Premier Handicap events will apply to Listed ones. The quality is slightly lower but still high up on the spectrum of horse races.

In 2022 rules were changed for listed handicaps, in effect they don’t exist anymore.  All listed handicaps are either promoted to being a Premier Handicap (the new rating for Grade 3 handicaps), promoted to Grade 2, or demoted to class 2 – in case you were wondering where all the handicaps have gone from the lists below.

Listed Races At The Cheltenham Festival

There are currently no Listed Races at the Cheltenham Festival.

Listed Races At Other Cheltenham Meetings

The Grading of races has been around since 1964, though the ins and outs of where the various races sit has been an ever-evolving thing since. The Pattern Committee is responsible for the upkeep of Graded races, deciding which race will go into which Grade. Listed races come just beneath the Graded ones. Still prestigious, just not as much as the three classes above them.

The level of the runners that take part in the races is what makes Listed races so well-respected. Oftentimes the races are good precursors to bigger events in the same meeting that the horses will build towards racing in at some point in the future. The National Hunt Chase Challenge Cup during the Cheltenham Festival, for example, often comes before horses take on the Gold Cup.

The National Hunt Chase was upgraded to Grade 2 in 2017, showing the manner in which races can shift between grades. As with the other Class 1 races in the National Hunt calendar, there are huge variations between the likes of distance, number of obstacles and the age of horse that take part in Listed races. There’s no set rules that have to be stuck to in how the races are run.

There used to be both Listed races and Listed Handicaps, that was until listed handicaps were removed in 2022. The key thing to know is that they’re well-respected races but just slightly less valued than the Graded offerings.

As with Grade 1, 2, 3 and Premier Handicap races, the best thing to do is to give you some examples of races that are Listed offerings. At the time of writing there’s only one in the Cheltenham Festival after the promotion of the National Hunt Challenge Cup to Grade 2, so we’ll look a bit further field for the races that we’re looking at here.

The key things to look out for are the ages of the horses that are allowed to take part in each race, as well as the length of the event and the number of obstacles, if there are any. You’ll see that each thing can vary from race to race.

The clue is in the title here, with this event being a flat race that is limited to fillies and mares aged 4 to 6. It’s run over 2 miles and 87 yards and is scheduled to take place during the November Meeting. The weight is 11 stone 0 pounds, with Class 1 race winners receiving a 4 pound penalty. It has had numerous races since its inception in 2013 because of sponsorship.

First run in 2005 when the Cheltenham Festival expanded to add an extra day, the Centenary Novices’ Handicap Chase is for horses aged 5 and up. It’s run over 2 miles, 4 furlongs and 44 yards and features 16 fences. A handicap race for novice chasers, the rating horses must have to take part in this race is between 0 and 145.

Run at Chepstow over 2 miles, 3 furlongs and 98 yards, the Robert Mottram Memorial Trophy was inaugurated in 2011 and has 16 fences to jump. It didn’t receive Listed status until 2017 and is open to 4-year-old novice chasers. If you’re interested to know what to look out for in winners, Cue Card won it in 2011 before winning three Betfair Chases in 2013, 2015 and 2016.

As the name suggests, the race is run at Wetherby and is limited to fillies and mares. It take place over 2 miles and has the following weight information attached:

There are 9 hurdles to jump during the course of the race, which is scheduled to take place either in late October of Early November. First run in 2007, it has had its length adjusted a number of times and is part of the OLBG Mares’ Road to Cheltenham.

Another race with a name that gives you most of the useful information, the race takes place at Kempton Park in November. It is also one of the OLBG Mares’ Road to Cheltenham races and is open to fillies and mares aged 4 and over. The weight is 10 stone 12 pounds and there are 12 hurdles to be jumped over the 3 miles and 110 yards of the event.

Open to fillies and mares aged 4 and over, the Houghton Mares’ Chase is run at Carlisle Racecourse in late November or Early December. It takes place over 2 miles and 4 furlongs, with 16 fences to be jumped during that time. It was first run in 2015 as part of the British Horseracing Authority’s push to develop racing for mares in the National Hunt.

Another National Hunt flat race, but this one is run at a racecourse more commonly associated with the flat racing season. It takes place at Ascot during the winter schedule and lasts for 1 mile, 7 furlongs and 152 yards. It was a Grade 2 race until 2011, at which point it was downgraded to become a Listed offering.

This race was run for the first time in 1949 when it was known as the Oteley Hurdle. Back then it was run over 2 miles, whereas nowadays it takes place over 1 mile, 7 furlongs and 216 yards at Sandown Park. It features 8 hurdles and is for horses aged 4 and over. Typically it takes place in late January or early February and was briefly a Grade 2 race in 2008.

Serving as a memorial to Sidney Banks, who was a racehorse trainer local to the Huntingdon course that it’s run as, the race is for novice hurdlers. It’s run over 2 miles, 3 furlongs and 137 yards and is for horses aged 4 and over. There are 10 hurdles to jump during the course of the race.

The Uttoxeter Summer Cup is run over 3 miles, 2 furlongs and 13 yards and is for horses aged 5 and up. It tends to take place in late June or early July and was run for the first time in 2000 when it was known as the Summer National and lasted for 4 miles. It got its current name and distance in 2012 and has 19 fences for the horses to jump.

Run at Market Rasen over 2 miles and 148 yards, the Summer Handicap Hurdle is for horses aged 3 or older. It has been a Listed race since 2008 and tends to take place in late July. It presents runners with 8 hurdles that the horses need to negotiate. The race has been being run since 1995 and it got its current distance in 2010.

Jump racing is far less common in the summer because that’s the period of the year that is typically taken over by the flat racing season. Even so, there are some jump races like the Summer Plate at Market Rasen. It’s run over 2 miles, 5 furlongs and 89 yards and is open to horses aged 4 and over. It’s been a Listed race since 2005 and features 14 fences.

Run at Market Rasen over 2 miles and 110 yards, the Prelude Handicap Hurdle is for horses aged 3 and older. It was first run in 2007 and then given Listed status in 2011. Scheduled to take place in September each year, there are 8 hurdles for the horses to jump during the event. As it’s a handicap race, the weight each horse carries is decided by the handicapper.

Open to horses aged 4 and up, the Badger Beers Silver Trophy is run at Wincanton over 3 miles, 1 furlong and 30 yards. There are 21 fences to jump during its running, which was 2 miles and 5 furlongs in length prior to 1990. Scheduled to take place every November, the race was established in 1962 and given Listed status in 2003.

The Gerry Feilden Hurdle was first run in 1954 and is named after one of the great post-Second World War race administrators Sir Randle Feilden. It is an Intermediate Hurdle race that used to be a Grade 2 offering. It takes place over 2 miles and 69 yards and is for horses aged 4 and over with a rating of between 0 and 155. There are 8 hurdles to be jumped in the race.

Run at Ascot over 2 miles, 7 furlongs and 180 yards, the Ascot Silver Cup is for horses aged 4 and over. It takes place in December and was first run back in 1965. There are 20 fences that need to be negotiated during the course of the race. Though it lacks some of the prestige of the past, Arkle is an example of the sort of horses that have won this race historically.

First run in 1969 and aimed at horses aged 5 and over, the Midlands Grand National is run over 4 miles, 2 furlongs and 8 yards. The maximum weight is 11 stone and 12 pounds and there are 24 fences that the horses need to jump during the race. It takes place at Uttoxeter Racecourse and was run for the first time in 1969. No horse has won the race more than once.