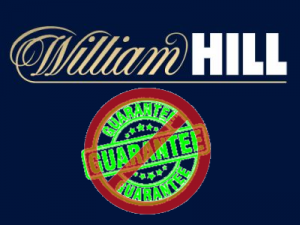 Last month we reported that Paddy Power had taken the decision to remove the Best Price Guarantee for meetings held at 16 UK racecourses owned by the ARC racing and leisure group.  This was a shock move in the industry given that Best Odds Guarantees are not almost ubiquitous with large bookmakers with suggestions this would lead to Paddy Power losing a lot of custom as a result.

William Hill have now joined Paddy Power in reigning in their BOG concession and it seems it could be the start of a trend that sees more UK bookmakers reduce or remove their best price promotions in the future.  William Hill are removing BOG for all Irish horse racing and all greyhound racing on their site from 28th September 2022.

This means you will now only be able to get a the better starting price if the fixed odds you took were lower for UK racing.  The move comes several months after William Hill’s UK & European assets were taken over by 888, who bought the brand from Caesar’s who bought Will Hill a year earlier.

Why Are They Reducing BOG? 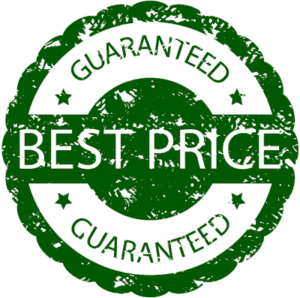 It is almost certainly a cost cutting exercise.  When the concession first came out it was a real draw for punters but as the years have ticked by the best price guarantee for UK & Irish racing has become so common that punters simply expect it and don’t see it as a promotion anymore.

Ultimately BOG costs operators money as they have to payout more every time the SP is higher than the fixed odds for a winning bet placed on the day.  Since everyone now does it some brands like Paddy and WH are taking the decision to reduce it.

They are getting a fair amount of criticism for the move, just as Paddy did, and it is likely they will lose customers who bet on Irish horse racing and greyhounds.  Hill’s clearly feel the benefits and savings outweigh any public criticism and loss of customers.  It is likely that they saw the heat calm down fairly quickly with Paddy Power and decided to follow with their own reduction for BOG.

It is no surprise that the move to remove Irish Racing and all greyhounds from the best odds guarantee comes just months after the brand was taken over by 888.  The new owners also took the decision to remove the sportsbook entirely from Mr Green, a William Hill owned brand.

New laws are due out soon with the publication of the delayed white paper into gambling reform.  These reforms are going to require operators to put in more checks for things like affordability and responsible gambling.  The costs involved with doing this, and the likely reduction in revenues caused by the new rules, is possibly part of the reason the brand are cutting promotional costs.

The other reality is from within the UK most people bet on big race meetings like the Grand National, Ascot, and Cheltenham.  There are not that many people betting on Irish racing and Greyhounds on a daily basis relative to UK horse racing meetings.  Those that do bet on those events are likely to be more avid and knowledgeable punters.  It is plausible that Will Hill were losing more money through Irish racing and greyhound BOG concessions due to the different types of customers using those offers.

It is entirely likely that we will start to see best price guarantees being reduced by many brands.  The reality is the UK gambling market is starting to stagnate and new rules mean higher costs for companies with less potential profit.  As with many industries when something has to give it is usually the promotions and loss leaders that go first.

In the near future punters may need to be more savvy who they bet with if they want the BOG concession by default.  Some brands will of course keep it in full and will capitalise on other brands removing it.  Those that keep the concession will be able to onboard more customers as a result, but of course they will have to wear the costs of offering the promotion.

In fact, there are brands that are going in the other direction.  Boylesports and bet365 have expanded their BOG concession to include bets placed the day before a race, not just from 9/10am on the day of the race.