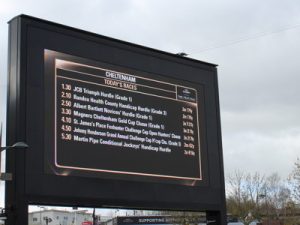 The Cheltenham Festival is one of the most talked about and enjoyed dates in the National Hunt calendar. The great and the good from the world of jump racing descend on Prestbury Park in order to take on the challenges of Cheltenham Racecourse, with the Old Course, the New Course and the Cross-Country Course being used to put them through their paces. Such is the popularity of the Festival that companies are normally climbing over themselves in order to be able to sponsor one of the races, with the more prestigious the event the better.

It is somewhat surprising, therefore, that the Gold Cup, the most prestigious race to take place during Festival week, is apparently struggling to gain a sponsor for this year’s running. Part of the issue is believed to be the fact that the 2020 Festival was seen by many as being something of a super-spreader event, with 250,000-plus people allowed to attend when the pandemic was at its height. Now sponsors are wary of being attached to the meeting, which isn’t helped by the fact that the racecourse’s owners, the Jockey Club, don’t want a gambling sponsor involved.

The Coronavirus first reached the shores of the United Kingdom in late January 2020. Limited testing and an inability to track those that had the virus meant that it began to spread rather rapidly. By the beginning of March, there were major concerns that the disease was getting out of hand in the UK, but the government decided that the Cheltenham Festival could go ahead as normal. The Jockey Club introduced a number of measures in order to allow the event to happen, but critics felt that it was only happening because Matt Hancock was the local MP.

The then-secretary had reportedly received £350,000 in donations from wealthy donors who were part of the horse racing industry, which is why some believe that around 250,000 people were allowed to enter the racecourse over the four days of the meeting. Given that the Grand National meeting was cancelled the following month, it is perhaps not a surprise that some people viewed the Cheltenham Festival as being something of a super-spreader event, with the BBC reporting that it almost certainly helped to ‘accelerate the spread’ of the virus. Lockdown measures were introduced ten days later.

It now looks as though some sponsors are reluctant to have their name associated with the meeting due to criticism of the 2020 Festival taking place. When the Gold Cup took place last year, it did so without its planned sponsor when Magners decided to pull out of offering its name to the event. Instead, the Jockey Club reached an agreement with WellChild to sponsor the Gold Cup about a month before it was due to get underway. The Jockey Club, of course, will have lost huge amounts of money as a result, given that WellChild is a national charity that helps sick children and their families.

The Jockey Club Is Still Looking For A Gold Cup Sponsor

As the 2022 Cheltenham Festival approaches, the Jockey Club is struggling to find a sponsor for its blue riband event, the Gold Cup. The financial services company Brown Advisory had been in negotiations with the organisation over the possibility of sponsoring it, but walked away in early January. It is likely that the partnership with WellChild will continue, but the Jockey Club will also be hoping for a sponsorship deal with a ‘major consumer brand’ in order to gain some commercial backing after what has been a difficult two years for horse racing.

Magners had a three-year deal with the Cheltenham Festival to sponsor the Gold Cup, but they decided to end it 12-months early a year ago. The Jockey Club have engaged in legal action over that decision, believing that they are still owed the remaining £1.7 million from the contract. Magners, meanwhile, believe that the decision to allow the 2020 Festival to go ahead was damaging to their brand, even though the Jockey Club is insistent that they went ahead with the meeting under government advice. As things currently stand, the case is still ongoing.

A Non-Betting Firm Is Preferred 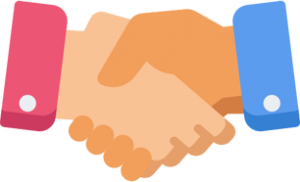 Even though there is a long-standing close relationship between horse racing and the betting industry, the Jockey Club would apparently prefer not to have a gambling sponsor for the Gold Cup this year. Betting partners are coming under criticism for numerous different sports, with the Premier League facing a ban on shirt sponsorship deals with gambling companies from 2023 onwards. That is likely to be behind the thinking of the Jockey Club, who have already accepted that they’ll need to take a cut-price deal with whichever company sponsors the blue riband event.

It is believed that the organisation is already weighing up the possibility of falling back on a gambling sponsor if an agreement can’t be reached with a different company in time for the Festival. Speaking on the matter, the Chief Commercial Officer of the Jockey Club, Charlie Boss, said,

“We’re proud that the Cheltenham Festival is one of sport’s great events and has such a fantastic roster of partners involved each year. Discussions are progressing with interested parties about the available sponsorship of the Cheltenham Gold Cup.”

Quite whether the Jockey Club will be able to find a sponsor that is both willing to pay as much money as the organisation wants and is also a ‘major consumer brand’ remains to be seen. What is clear is the fact that the Cheltenham Festival’s reputation has been damaged by the decision to allow it to ahead two years ago, at least in the eyes of companies that have the reach and the finances to sponsor it. Festival bosses, meanwhile, are hoping to be able to persuade sponsors that the Festival is as prestigious as ever, with the belief being that this year will see record ticket sales.