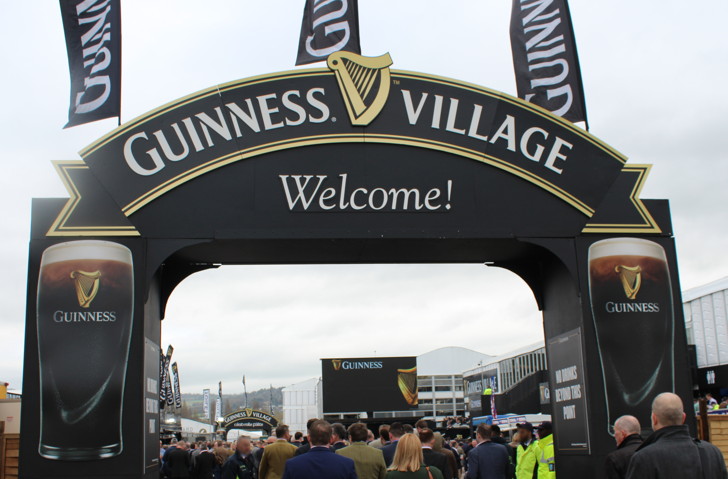 Two days of racing down and two to go by the time St. Patrick’s Day rolls around, with 14 top-class races having already run their course.

St. Paddy’s Day is also when the shift happens and the racing moves off the Old Course and onto the New, so information you’ve gleaned about the running has to be taken with a pinch of salt until you see how the New Course runs.

The key race today is the Stayers Hurdle, which has seen some brilliant horses crowned as champion on numerous occasions. The Ryanair Chase is also worth watching, arguably being even more exciting than usual this season as you’ll discover.

If you are visiting this page it is probably because you want to find out a little about the races along with some clues of who to back and why.  Should you be in need of a free bet or other betting offer to add value to your wagers take a look at our home page before you go, where we show you the biggest and best value promotions for new and existing punters.

Rain is going to be biggest influencing factor on this year’s Cheltenham Festival. Though it won’t have come down enough to cause any major issues, it’s still going to make the ground soft and good to soft in places.

The rain is scheduled to poor for the first day of the Festival as well as the days leading up to it, with the resulting weather expected to be light rain with a consistent breeze all day pretty much.

The big thing to look out for is the wind, which is forecast to gust in excess of 40 miles per hour.  This isn’t likely to be any where near as bad as the 2008 meeting when racing had to be cancelled 11 years ago.

The going will likely be soft, but as the first two days racing took place on the Old Course and St Partick’s Day is the first on the New Course we won’t know for certain on the until we’ve seen a couple of races.

How you approach the betting market with that in mind will largely come down to personal choice. Do you wait a couple of races to see if the track is running as predicted, or do you go in early knowing your bet might be a wasted one? A tricky decision, but here’s what I can tell you about the races themselves.

Day 3 of the Festival gets underway with the JLT Novices’ Chase, a race for novice chasers aged 5 and over. It was only introduced to the Festival in 2011 and is run over 2 miles and 4 furlongs, featuring 17 fences. Weight-wise the following information is in play:

Given it’s on St. Patrick’s Day it’s entirely appropriate that 7 of the last 8 winners have come from Irish trainers, That being said, the 2 favourites are Defi Du Suil and Lostintranslation, who are both British-trained and have faced each other on 2 occasions and seen it end honours even with 1 win apiece. The concentration on them means there’s some value elsewhere, so have a careful think about the Each-Way market.

A handicap race run over 3 miles and featuring 12 hurdles, the Pertemps Final is open to horses aged 5 and over. Run left-handed on the New Course, it’s been taking place since 1974 and Davy Russell has been the winning jockey for 3 consecutive years heading into this year’s running.

Horses have to qualify for this race during the year and there’s normally a reasonably big field, so backing a jockey who knows how to navigate those tricky waters is always a sensible way to go. Ian Williams’  First Assignment is sure to capture the attention of those in the know, with Ian Williams targeting him for this race and seeing him win both of his runs on the Cheltenham track.

Many consider St. Patrick’s Day to have 2 feature races and the first of them is the Ryanair Chase.  It’s run over 2 miles and 87 yards, featuring 17 fences along the way. It’s for horses aged 5 and up and the following weight information is worth noting:

I mentioned in the introduction that betting for the Ryanair Chase is sure to be interesting and that’s because it’s likely to feature a number of big hitters whose trainers want them to avoid the pointlessness of going up against Altior in the Queen Mother Champion Chase. The flip side of that is that it’s not always easy to know on the ante-post which horses will actually run in it, given that the Queen Mother and the Gold Cup both tend to attract the same horses.

Previous winners in the form of Balko des Flos and Un de Sceaux are both likely to run here, but with Willie Mullins having won 2 out of the last 3 as trainer you might want to look towards his horse Footpad, who won on soft ground in the Arkle Chase last year.

If you don’t think that the Ryanair Chase should be considered as a feature race of the day then that will almost certainly be because the Stayers’ Hurdle catches your eye. Open to horses aged 4 and up and taking place over 3 miles, the race has 12 hurdles to be negotiated and the following weight information applies:

Willie Mullins has won the last two outings of the Stayer’s Hurdle, but it’s Emma Lavelle’s Paisley Park that everyone is talking about heading into this year’s race. Sam Spinner was the talk of the town last year, of course, but missed out to Penhill so the same could well happen with the favourite this time around.

First run in 1951 and welcoming horses aged 5 and over, the Stable Plate Handicap takes place over 2 miles and 5 furlongs and there are 17 fences that the horses will need to jump. Nicky Henderson is the joint-leading trainer for this one but hasn’t seen a horse of his win since Non So did so in 2006. Time for that to change?

This is a wide open field and, problematically for ante-post bettors, some of those most worthy of a bet might not even run in it given that they’re entered into numerous races during the Festival. Janika is one such example, being my Each-Way tip for the Ryanair, so it will depend which way Nicky Henderson decides to go with him. The last 10 winners all carried under 11 stone and 26 of the previous 31 winners were all rated 141 or under, both of which are boxes ticked by Siruh Du Lac.

As the name suggests, this hurdle race is for novice mares aged 4 and over. It’s run over 2 miles and 179 yards, with 8 hurdles to get over in that time. There’s a fair bit of relevant information when it comes to weight, which is as follows:

The Dawn Run Mares’ Novices’ Hurdle has only been taking place since 2016 and all 3 runnings have been won by horses trained by Willie Mullins. 2 of them were ridden by Rugby Walsh, so that combination is worth keeping an eye on if it crops up. This could be a question of experience over the market leading the way, with Posh Trish gaining less chat than Nicky Henderson’s Epatanta but boasting more experience over hurdles.

The day comes to a close with the Fulke Walwyn Kim Muir Challenge Cup, which is run over 3 miles and 2 furlongs. The ungraded race has 19 fences over its course and is a handicap offering for horses aged 5 and over. Established in 1946, it’s a race for amateur riders and the field is therefore always slightly more interesting than the rest of Day 3. It’s essentially run over the Gold Cup course and the field is usually large enough to mean that anything can happen.

Given the nature of the race, it’s a really tricky one to predict, especially as we don’t know which riders will be riding on which horses at this stage. As it’s St. Patrick’s Day is always worth looking towards Irish-trained horses and Any Second Now ticks that box. Kilfilum Cross is a longer-odds bet and will stand a chance if he can cope with being in such a large field. That’s where the assigned jockey might make all the difference, so it could be sensible to go Each-Way here.

Racing on the New Course starts with the exciting Novices’ Chase and doesn’t really let up, with both the Ryanair Chase and the Stayers’ Hurdle promising open fields. This is a day when the choices of the jockeys and the history of the trainers feels as important as the horses and their form heading into it.