The owner of Ladbrokes and Coral, GVC, announced this week that they are to terminate operations at UK racecourses, meaning no more pitches in the betting ring with the famous old British bookmaking names emblasoned on them.

This news comes at a time when UK racecourses are hosting meetings either without spectators or with limited crowds with hardly any on course bookies at the moment in a very challenging time for the industry.

Given takings from on-course betting now pales into insignificance, even without the current situation, it is of little surprise GVC has taken this action from a business perspective.  It is something people have been expecting since the takeover with GVC more interested in online operations and expanding into new markets.

While the announcement might have been expected by many in the business world it is a seminal moment in the history of British racing and betting.  Ladbrokes was established originally as commission agents for selling horses and Coral originate from the tattersalls of race tracks and so both have been synonymous with the sport for generations.

The 106 pitches (85 UK, 21 Ireland) look like they will be snapped up by Sid Hopper, the same independent operator that bought 82 William Hill pitches for £2,000,000 when they sold up in 2018.  There are murmurings that Hooper could be moving to become a big player outside of race courses on the back of this.

The loss of these names from UK racetracks is a sign that betting and racing has changed with the famous old brands that helped create modern racing now being swallowed by big international investment groups with little regard for history.  Here we look at the history of these brands and how without horse racing neither would exist today – and perhaps neither would horse racing, at least in the way we know it today. 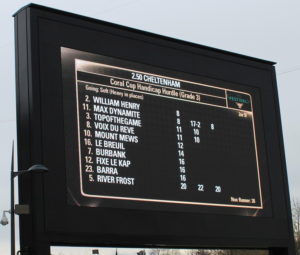 Of all the bookies in Britain Coral and horse racing are the most ingrained.  Joe Coral set up his bookmaking business back in 1926 operating pitches at UK horse race courses and those pitches have been in operation for the 95 years since.

Joe was also instrumental in making greyhound racing the sport it became.  He operated pitches at the old famous London tracks like Walthamstow, Clapton and White City and it was Coral the company that years later rescued many tracks, such as Brighton and Romford, by buying them up in the 2000’s.

Coral was one of the first shops to open when betting shops were legalised in 1961 and went on to branch out into other forms of leisure, such as hotels and holiday camps but ultimately it was bookmaking and horse racing that remained at the core of the brand. 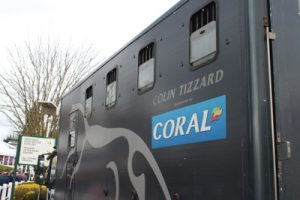 The company was sold to Bass in 1981 but retained its independence. For a long time it was Coral that did the buying up acquiring the Eurobet in 1999 to become one of the first bookies to take advantage of the growing online market.  Coral Eurobet was then acquired by the mega bingo company Gala in 2005, but again the businesses were largely kept separate allowing Coral to continue as it always had done.

In 2016 the company joined up with Ladbrokes in a merger, they has actually tried to merge in 1998 but the takeover was blocked by the monopolies and mergers commission.  This new joint venture did not last long with GVC Holdings buying the both of them in 2017.  From then on Coral has continued to exist in name but the company now has a totally different vision for what it wants with its main priorities being to grow the online business in global markets.

Ladbrokes are the oldest bookmaker still in operation today.  They were established in 1886 by two gentlemen known as Schwind and Pennington who operated a partnership as commission agents for horses trained at Ladbroke Hall (hence the name).  It was Pennington who trained the horses and Schwind that acted as the commission agent by backing those horses.

In 1902 Arthur Bendir joined the pair and the name was formally adopted.  He helped change the business model from not just backing horses trained by them but also betting against other horses, effectively backing and laying and becoming a ‘bookmaker’ in the process.

The success that followed that allowed the company to set up in London in 1906 and eventually even Mayfair in 1913.  From there they became an exclusive bookie to higher classes and enjoyed over 40 years in that role.  The end of WWII spelled a sea change and with less and less clients the business was sold for just £100k in 1956 to Mark and Cyril Stien.

Just five years later off-track betting was legalised and Ladbrokes were among the first to get in on the act.  This lead to the company floating for ten times what they paid for it, £1,000,000, in 1966.  From there Ladbrokes grew and grew to become a name you now expect to see on most UK high streets and race courses around the country.

During the time form the early 1960’s to today Ladbrokes contributed an immense amount to racing in terms of sponsorship and betting opportunities, in a time before online betting when only a few companies had these resources.

Ladbrokes and Coral were frankly victims of their own success.  The staggering growth of both companies in the world of digital betting made them attractive for investors.  The companies merged in 2016 in a hope that standing together would help them resist takeover that could obliterate the brands, but just one year later GVC emerged and bought the new Ladbrokes/Coral group that now sit alongside the likes of Bwin and Party Poker.

GVC Holdings are a modern international investment group, they were only founded 2004 and bought their first bookie, Sportingbet, in 2012.  From there they went on an acquisition frenzy buying up pretty much any big betting brand they could, culminating with the £4 billion Ladbrokes/Coral buyout in 2017, the Jewell in the crown of the company.

The company now generates revenue in excess of £3.5 billion each year and continues to grow with the aim of becoming the biggest gambling company in the world.  They are only challenged by Flutter/Stars, the mega-group that merged in 2020 and owns brands such as Paddy Power, Betfair, Sky betting and gaming and Poker Stars.

Given what Ladbrokes and Coral have become they are now interested in quarterly profits before anything else and looking at the paltry amount they make from UK race courses the axe was inevitably going to fall at some point.  The timing has certainly been advanced by the issues caused by corona virus though.

Still, it is a day to mark in the history of British racing as we move away from the old bookies that helped create the sport to a new way of betting that may see all on-track bookmakers disappear within a decade or so.

The only company that was bigger than Ladbrokes and Coral for British high street betting and for UK horse was William Hill.  The company was established by the man of the same name in 1934, officially.  Prior to this Mr Hill was an illegal bookie in various guises in Birmingham and London, such as taking bets on greyhound races, before opening an gambling den in 1934 that took advantage of a loop-hole that allowed bets to be placed on credit or by post, but not in cash.

Although initially not exactly legitimate William Hill drove much of the industry we know today.  He created the fixed-odds football coupon and even owned the winner of the 1938 greyhound derby. Despite being against betting shops in the first few years, labeling them a blight on society, he opened his first in 1966 and went on to own more betting shops than any other company in the mid-2010’s.

William Hill has traded hands more than a few times over the years but has always remained what it is.  This stability and the success it drove allowed Hill’s to become the biggest sponsor of British racing at one point and without this brand it is certain UK racing would not be the world leader it is today.  Ten years ago it was hard to think of any UK race meeting that wouldn’t have a William Hill pitch at the course.

The group left the betting ring in 2018 when they sold off their 82 pitches across UK race tracks to Sid Hooper for a fairly measly price of just £2 million.  This in itself shows how little value pitches in the betting ring have to big companies now, although independents like Sid Hooper clearly feel there is still a lot of money to be made from them given they have now bought up the GVC pitches as well.

William Hill retain shops at many courses, such as Aintree, but even these could go now the group have been acquired by Caesars Entertainment in the US, i.e. the people that own and run Caesars Palace in Las Vegas.  They bought William Hill only last month in a £2.9 billion takeover.

The issue is Caesars have bought Hill’s simply because the company was one of the first to take advantage in the US as sports betting has been progressively legalised in many states.  This, like with Ladbrokes and Coral, made them an attractive asset for a bigger company to take them over.

Caesars have no interest in William Hill’s shops at racecourses, in fact, they are not even interested in their websites in Europe.  Therefore, the plan is to sell off these assets, either in one go or by breaking up the EU side of the company.

In one fell swoop this could see William Hill as we know it disappear from UK race courses and high streets.  This would certainly be the final nail in the coffin for the relationship between horse racing and the bookmakers that helped establish it, with Betfred being the only one left (that is for now….).