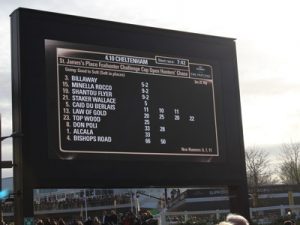 In the recent government announcement on the ‘roadmap’ out of lockdown there was excitement with news that bookie shops can reopen from April 12th and people can return to racecourses from the 17th May.  One point that went under the radar with the new plans was the 29th March date for amateur grassroots sports to resume, this, of course, includes amateur jockey races in horse racing.

There are three amateur jockey races scheduled at the 2021 Cheltenham Festival, which now will be unable to go ahead in their current form, they are:

Cheltenham and the Jockey Club have yet to announce contingency plans for these three races, it seems to have caught them by surprise as much as the rest of us.  It is likely the three races will be replaced or the the entry conditions changed to allow professionals to compete

The biggest amateur race at the meeting is the Grade 2 National Hunt Chase on the opening day of the festival.  Being one of the oldest races to be held at Cheltenham, having run since 1860, the three mile six furlong race over 23 fences is a big part of the start of the Festival.

Will Professionals Jockeys Take Their Place? 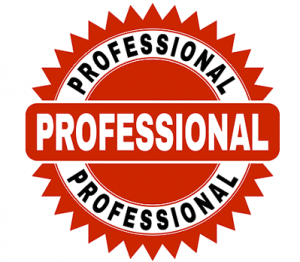 Cheltenham will not want to lose three of their twenty eight races, especially this year given horse racing is tight on cash following the previous year and the Festival represents the jewel in the crown of jump racing.  Therefore, it is likely the three amateur races will go ahead with professional jockeys instead.

Field size may be an issue for these races.  The National Hunt Chase usually attracts a field of 15-20, the Fulke Walwyn Kim Muir Challenge Cup and the Foxhunter Challenge Cup both usually go off with 20-25 runners.  If run with professionals only these races could be much smaller affairs this year.

The biggest names that will be missed will be from Ireland where many riders who are fully qualified over there have only amateur status in the UK.  Jamie Codd, a ten time winner at Cheltenham, will be be absent this year.  He won the Fulke Walwyn Kim Muir Challenge Cup in 2009, 2011, 2015 and 2016 and the National Hunt Chase at Cheltenham in 2015 and last year, 2020.

Jamie Codd has already said he will not be turning professional to attend the 2021 Festival:

“It’s hugely disappointing for the amateurs in the UK and for us qualified riders in Ireland not to be there, but this is a government decision in very difficult circumstances and there was very little we could do,”

Partick Mullins, son of Willie Mullins one of Cheltenham’s most successful trainers, is however considering turning professional in order to ride at the meeting.

Mullins, a four time winner at the Festival and the most successful amateur of all-time, was expecting some strong rides this year for his father that would have included Sharjah in the Champion Hurdle and Billaway in the Hunter Chase.  Patrick has not confirmed he will turn professional but has hinted to the fact:

“I will have to give very serious thought to whether I turn professional or not.”

Other high profile riders Derek O’Connor and Sam Waley-Cohen look set to miss the event too with Derek saying:

“I would have hoped to have picked up rides in all the amateur races, and obviously it’s disappointing – but it’s just unfortunate.”

The good news for amateurs is the date of the Grand National, scheduled for 10th April, falls after restrictions are lifted on amateur sports.  This means amateur races at the Grand National Festival can go ahead, such as the Foxhunters Chase.

It is likely following the lifting of restrictions on 29th March there will be a series of mid-week fixtures to clear the backlog of amateur races while at the same time providing opportunity for amateur riders to get back involved ahead of big races at Aintree.