The long awaited BHA review into the use of the whip in UK horse racing was finally published in July, 15 months later than planned.  It was the first major whip review in over 11 years since the 2011 that brought in the original guidance and penalties for horses and riders.  Despite calls for the BHA to dump the whip entirely, as is the case in Scandinavia, they opted to keep the whip as a form of encouraging the horse but with greater punishments for riders who overuse it.

What Are The New Rules On Whip Use?

Despite the new rules in 2011 that limited whip usage the application of those rules was not seen as robust.  It was also clear that jockeys would occasionally overuse the whip to try to win knowing that the worst they could face was a small fine and a short ban.

This was exactly the case in the 2022 Grand National where Sam Waley-Cohen overused the whip but ultimately faced no real sanction given he was retiring after the race anyway.  Had Noble Yeats have been disqualified for overuse of the whip it probably would have stopped it from happening or at least would have sent a serious message had the horse been stripped of the title.

The new rules although late have been welcomed.  The first aspect is jockeys will now only be allow to use a ProCush whip in the backhand position in a way to encourage horses without hurting them.  Critically horses can now be disqualified if a jockey uses the whip four more times than allowed, that would be 11 times in flat racing and 12 in jumps racing. This should act as the biggest deterrent to whip overuse.

What Are The New Punishments For Jockeys? 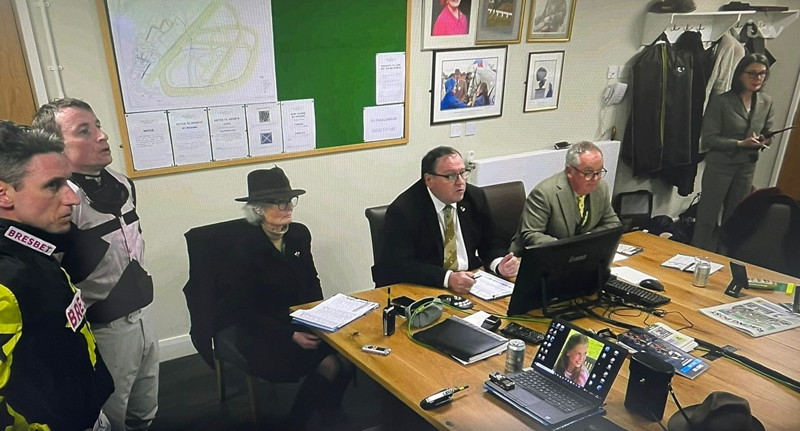 Riders will now face a minimum suspension of 3 days, up from 2, with increased fines for amateurs too.  All class 1, class 2 and major races will carry twice the level of ban to discourage jockeys using the whip too much just to win big races.

Jockeys will now face a standard ban of 14 days following a disqualification, increased from 7 days, or 28 days for a major race (increased from 9 days).

Will The Whip Continue To Be Used Forever? 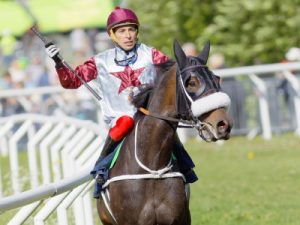 The report also highlights there needs to be more focus placed on improving standards of use through education and this will be monitored by a new whip panel of stewards who will assess offences.  This isn’t the end of the story wither as regular research and consultations will be maintained on use of the whip in the future.

Ultimately the end goal for many campaigners and groups like World Horse Welfare is for the whip to be phased out entirely.  This has been done in other countries and does not significantly detract from the racing or the speed of the horses.  Roy Owers, CEO of World Horse Welfare said:

“We simply do not believe its use is justified, especially in light of what we now know about what makes a good horse-human partnership”

Others feel the whip needs to be maintained for safety reasons.  The logic being the whip can be used to focus a horse and that can prevent collisions and falls.

Whatever side of the fence you come down on most people agree at present the overuse of the whip is too common with punishments not a sufficient deterrent.  All sides welcome the new rules on the basis it should decrease the worst offences but what the future holds for the whip is currently unknown.