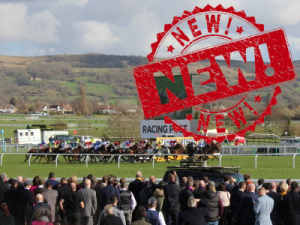 There has been talk of a new race exclusively for mares being introduced to the Cheltenham Festival for some time, but the event organisers have finally pulled the trigger and confirmed both the new event and the one that it will be replacing. Perhaps somewhat surprisingly, it is a race on the opening day of the meeting that has been given the axe, with the Novices’ Handicap Chase biting the bullet as Cheltenham moves into a new era.

While the Champion Day race has never been the most popular of opening day events, it has also been given a much shorter time to prove itself. Now we’ll never know if it could have grown to become a famous Cheltenham race, with the Fred Winter Juvenile Handicap moving to the Festival’s opening day and the Grand Annual switching to Ladies Day in order to create space on Gold Cup Day for the new Mares’ Chase to be squeezed into.

Why The New Race

It was announced back in August of 2019 that a new mares’ chase would be being brought to the Cheltenham Festival. The idea was to boost the excellent work that has been going on for years by the National Hunt, who have been working hard to further the cause of female horses. In 2018, for example, the British Horseracing Authority’s Jump Pattern Committee confirmed that it was mixing up the Jump Pattern and Listed races for 2018-2019 with a focus on mares.

The hope of the mares’ Black Type programme was that it would encourage more fillies’ to be put into training, which would in turn see an increase in the number of talented and successful female horses. With the Cheltenham Festival being one of if not the outstanding meetings on the National Hunt calendar, it made perfect sense for it to be one of the places that one of the new races would be placed. It came after both the OLBG Mares’ Hurdle and the Mares’ Novices’ Hurdle were well-supported.

Goodbye To The Novices’ Handicap Chase

The Clerk Of The Course at Cheltenham Racecourse, Simon Claisse, said that the meeting’s organisers had thought long and hard about which race to remove in order to fit the new mares’ chase in. Having decided that a race would be axed rather than a new one simply added to the 28 that already take place during Festival week, the Jockey Club asked for feedback from those involved in racing. That feedback was taken into account alongside other factors.

Claisse said that it was felt that there were enough opportunities for novices over the rest of the Festival to mean that removing the Novices’ Handicap Chase made the most sense. He also spoke of the need to find a balance between chases and hurdles, which at the moment is relatively well struck. By removing one chase for another, of the same length, it’s believed that that balance will be maintained and not much will be lost as far as novices are concerned.

The novices’ handicap race was introduced to the Festival in 2005 and initially enjoyed sponsorship from Jewson. That lasted until 2010, with the race being run on Day Three of the meeting until it was switched to the opening day in 2011. L’Antartique in 2007 and Divers in 2011 won the race for the late Ferdy Murphy, meaning he’ll forever go down in history as being the event’s greatest trainer at Cheltenham. The likes of Chapoturgeon in 2009 and Hunt Ball in 2012 also won the race.

The Novices’ Handicap Chase tended to attract fast-improving horses, with the maximum rating moved to 145 in the last couple of years. A Plus Tard proved his worth in 2019 when he won the race by 16 lengths, making the headlines thanks to the fact that the French bred horse also handed Rachael Blackmore her first win at the Cheltenham Festival. The race comes to a close after fifteen years, with Graham Lee and Brian Hughes sharing the honour of its most successful jockeys at Cheltenham.

The race will now be run at the Sandown Imperial Cup meeting, which takes place three days before the Cheltenham Festival gets underway. 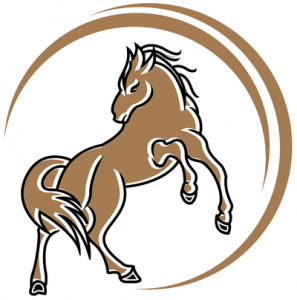 It was decided as soon as the idea of introducing a new race exclusively for mares was mooted that the event would be a Grade 2 offering.  The race it is replacing is a Listed race, therefore adding to the number of grade races at the Festival. Run over the same 2 miles and 4 furlongs as the Novices’ Handicap Chase, it will be the third race at the Festival that only mares will be able to run in. It follows in the footsteps of the Grade 1 Mares’ Hurdle and the fellow Grade 2 Mares’ Novices’ Hurdle.

The new event will be sponsored by the Irish bookmaker Paddy Power, doing so under the title of the Mrs Paddy Power Mares’ Chase. The event’s registered title will be the Liberthine Mares’ Chase and it will take place on Gold Cup Day to gain it maximum exposure. Claisse believes that the race is ‘a great example of the sport working together to boost the mares’ race programme in Britain to benefit the industry’.

What’s Being Said About The Decision

The racing world has generally reacted well to the news, with 11-time Champion Trainer Paul Nicholls believing that it will have a ‘positive impact’ on mares being kept in training for longer. Nicholls also agrees with Claisse when it comes to novices having plenty of other opportunities to prove themselves across the course of the Festival. He also said that it understood that it will have been a ‘tough decision’ deciding which place to get rid of for it.

“I fully support the introduction of the Mares’ Chase, and the positive impact that it’ll have on the racing industry. There’ll certainly be plenty of good mares in both Britain and Ireland to contest it and I hope to have a good candidate in Laurina. It looks like the obvious race for her, and she already has good form at Cheltenham so it will definitely be a potential target for her come March.”

Meanwhile Ruby Walsh, who won 59 races at the Cheltenham Festival during his career, believes that it will make a ‘great addition’ and is interested to find out how well it beds in over the next three or four years. He also thinks that it offers a chance for value to be added to mares whilst they’re still racing and before they become brood mares. He hopes that it will encourage owners to buy mares as racehorses, with Cheltenham ‘showing their support to the breeding industry’.