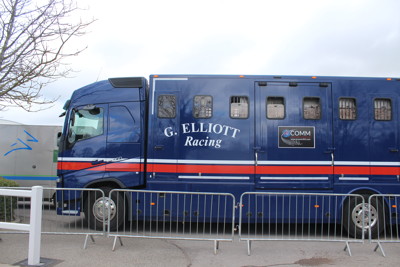 Gordon Elliott was notable by his absence from last year’s Cheltenham Festival, having been issued with a ban by the Irish Horseracing Regulatory Board for posing for a photo with a dead horse earlier in the year. A lot of the horses under his care did run, but that was thanks to the fact that they had been moved over to the care of Denise Foster. The likes of Black Tears, Tiger Roll and Mount Ida did get her wins, but there was no question that Elliott himself was persona non grata at Prestbury Park for the racing a year ago.

His ban has now ended, meaning that Elliott is free to take horses to the Festival and try to win as many races as he can, but will he be welcomed back by the racing community? It is a difficult question to answer, with many involved in horse racing wary of being shown to be too pally with a man who thought it was appropriate to stand astride a horse that had recently died. It was an image that played into the hands of racing’s critics, with many feeling as though they were damned with the same brush as him. 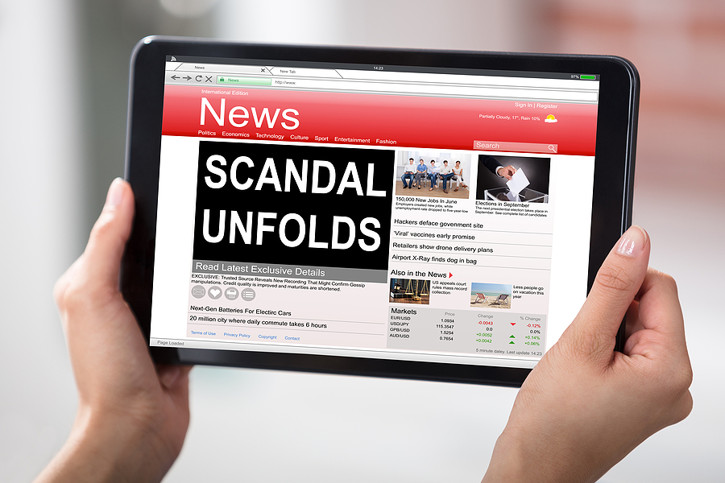 At this point, it is worth offering a quick refresher about what happened a little over a year ago. As the world of racing was gearing up for the return of the Cheltenham Festival, a photograph was leaked to the press that showed trainer Gordon Elliott standing astride a dead horse. In the photo, Elliott appears to be on the phone and holding up two fingers in a ‘peace’ sign. Though it was clearly an old photo, the fact that he was acting so thoughtlessly around a deceased horse sent shockwaves through the racing community.

Soon, Elliott faced a barrage of criticism, with the betting company Betfair choosing to end an association that they had with the trainer. The Jockey Club spoke of feelings of ‘anger and upset’ for others involved in the racing industry, with the County Meath-based trainer castigated by all involved with the sport. The fallout from the photograph was that Elliott was handed a 12 month ban from racing, six of which were suspended, meaning that he couldn’t take horses to last year’s Cheltenham Festival, transferring them all to Denise Foster.

The suspension wasn’t the only fallout that Elliott suffered, with some high-profile horses being moved away from his yard by their owners. Much-fancied chaser Envoi Allen left him, as did the 2021 Champion Bumper winner Sir Gerhard. British-based owners Simon Munir and Isaac Souede also parted company with him in the aftermath of a BBC Panorama investigation showing footage of their horse, Vyta De Roc, being slaughtered in an abattoir in Britain, leaving the pair ‘shocked and furious. For a time, Elliott’s reputation took a battering.

The ban was handed to Gordon Elliott in early March 2021, so he was unable to return to racing until September of that year. He entered horses into a meeting at Sligo, heading into the winner’s enclosure for the first time in half a year when Fancy Foundations came home in the Templehouse Lake Chase. Speaking after the races, Elliott made reference to the reception that he’d received from the crowds, saying,

“I’ve missed them for the last six months, as much as they’ve missed me. It’s brilliant for my staff, they’ve worked hard. Alicia, the girl who led up the horse, is going back to college next week to be a vet, and that was her first time leading up a winner, so it’s great.”

The trainer had already seen Oh Purple run at Punchestown when the racecourse held a rare flat race in mid-September, but it was Sligo where he saw his first winner since his return from suspension. He did find an unusual friend during his suspension when Alex Ferguson, former Manchester United manager, sent him a message of support. The Scot reportedly likened what Elliott was going through to the experience that Eric Cantona suffered when he kicked a Crystal Palace supporter during his United playing career.

Elliott Is ‘No Monster’ 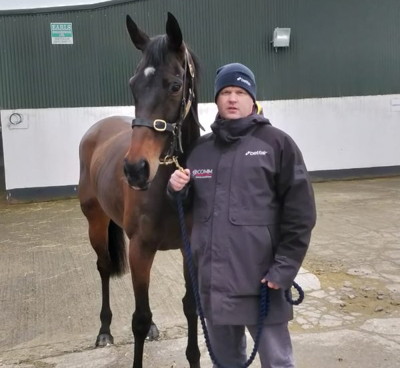 From his own point of view, all Elliott feels that he can do is to try to block out the noise and get on with the task at hand. On his return to racing, the trainer said that he was out to prove to people that he is ‘not the monster’ that some made him out to be. The three-time Grand National winning trainer said that he went to bed ‘every night’ thinking about the ‘terrible mistake’ that he made. He didn’t make clear whether the mistake was sitting astride the horse, allowing the photo to be taken or allowing it to be leaked to the press.

Having enjoyed a brief career as an amateur jockey, Elliott began training in 2006 and enjoyed nearly 2,000 winners before suffering his suspension. He said,

“You think you are thick-skinned until you see something like this. It was terrible. We got a week of very bad social media, newspapers, television, Twitter and everything else like it. For me, it was something I’ve never experienced or would like to ever experience again but for my family and staff in the yard it was unbelievable; for something foolish I did.”

Though the identity of the person that leaked the photo remains unknown, Elliott feels as though it was ‘malicious’ in nature, given that it was leaked in the build-up to the Festival. He said,

“They obviously had it in for me. For this to come out nine days before Cheltenham Festival, it seemed like it was timed perfect. I went from having probably as good a yard horses going to Cheltenham as anyone could have, or wish to have, and then it was taken from under my feet. There were a few other incidents happening in and around the yard at the time and there was a Garda investigation.”

The Racecourse Manager for Punchestown, Richie Galway, said that Elliott’s support of the racecourse in previous years meant that he would be ‘welcomed very much’ by all of those at the course upon his return. Though the course couldn’t be at capacity for the return of crowds because of restrictions in place at the time, it did seem as if the majority of the 5,000 people that were there were fine with the Irish trainer’s return to racing. Whether the same will be said of the Cheltenham crowd remains to be seen.

The Cheltenham Festival is one of the biggest meetings in the jump racing calendar and the crowd that goes to it is considered to be one of the most knowledgeable in horse racing. Whether they will welcome Elliott back quite as willingly as those at Punchestown is something that most people in the industry will be waiting with baited breath to find out. He wants a ‘chance to move on’ from the mistake that he made in order to allow him to carry on training horses, something he says he has proved he can do ‘at every level’.

As Kurt Zouma has found out recently, sports fans aren’t quick to forgive those that are involved in cases of animal cruelty. The biggest issue for Elliott, as with Zouma, is that what he did was caught on camera. Charles Byrnes didn’t suffer the same sort of anger that Elliott has faced when his horse, Viking Hoard, was found to have a huge amount of sedation in him at a race at Tranmore that was the subject of suspicious betting patterns. Nor was there the same sense of outcry for Stephen Mahon, who was banned for four years due to cruelty to his horses.

The simple fact is that people could see with their own eyes was Elliott had done, which arguably wasn’t as bad as what Byrnes and Mahon had done but very much caught the imagination of horse racing fans. Though there will certainly be many that feel that Elliott has served his time for the crime that he committed, there will be many others that feel as though his ban should have been a permanent one. After all, if someone is willing to treat their horse with such a lack of care, what might they be doing the rest of the time?

Elliott, of course, would doubtless say that it was just a moment of thoughtlessness on his behalf rather than proof that he is a terrible person. He denied any wrong-doing in the case of the horse sent to abattoirs despite being perfectly healthy, saying that they had been sold to other people in an above-board manner and he was nothing to do with them being sent to be killed. Right now, the world of horse racing is reserving judgement on Elliott, but don’t be surprised if the cheering for his winning horses is slightly more muted than it would have been in the past.