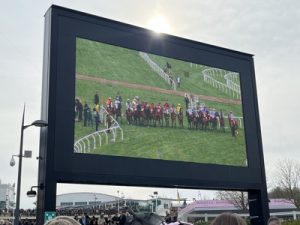 Organised horse racing in the United Kingdom has been around for many centuries, first starting out during the reign of King Charles II. Even so, horse racing in general had been taking place long before that, with the earliest of them thought to have been held in Yorkshire in around 200 AD by Roman soldiers. In the 17th century, King James I played a key role in introducing horse racing to Newmarket, and once Charles II came to the throne a few years later, it really started flourishing in the country.

Throughout the decades, it has remained popular with spectators, who travel from all over to experience a horse racing event. And that remains the case today, too. But with its growing popularity, how many horse races are held today to satisfy the demand for it? We know of the many top-tier races, such as Ascot and the Grand National, but are there any others beyond these? Well, as it happens, there is a large number of horse races taking place on an annual basis, and it looks as though British racing is poised to continue prospering into 2023.

Here, we’ll take a closer look at the number of horse racing events taking place every year in the United Kingdom, as well as how this figure has grown over the decades. According to the British Horseracing Authority (BHA), this spectator sport is responsible for generating £3.39 billion direct and indirect expenditure in the British economy (as of 2009). Therefore, it’s clear to see that horse racing is here to stay. The question is, has it become saturated with events throughout the year, or is there room for further growth?

The British Horseracing Authority Has the Answers

Additionally, jump racing is broken down into those races featuring hurdles, with the others being considered as chases. Flat racing, on the other hand, occurs on either turf or an all-weather track in the UK.  Current data takes figures from 2017 up to 2021, which can be seen above.

Combining the two total number run figures for horse racing between 2017 and 2021, it is evident to see that 49,015 races have taken place across the United Kingdom. Of course, 2020 saw a significant decline due to the impact of COVID-19 stopping events from taking place. Therefore, in the last five years, that year had the smallest number of horse races, totalling 7,882 altogether, in comparison to the usual norm of more than 10,000 per year.

If you were to look back in time to 1986, then you would see that just under 1,000 horse racing fixtures occurred for the year. This had a slight increase for the proceeding three years, but then a large jump in 1990. It remained quite static for several years after this but crossed the 1,250 line in 2003. By 2008, there were 1,500 horse racing fixtures taking place for the year, and this has remained quite the average level ever since.

The 2023 fixtures list was published on Wednesday, August 24, 2022, and many people within the horse racing sphere have stated that it looks quite identical to this year’s list. The publication of next year’s fixtures coincided with a new announcement relating to an increase in the minimum race values in order to boost international competitiveness of top races and prevent those horses rated higher from leaving Britain. Just four events are absent from the 2023 fixtures in comparison to the 2022 list, totalling 1,478 meetings.

When compared with the total of 989 meetings for 1986, there has been a 49% increase to the 1,478 for 2023. And there have been some changes to the fixtures for 2023 too, including alterations to the St Leger festival in Doncaster. This will be hosted as a Thursday-to-Sunday meeting, while the Christmas break will be reduced to two days for the first time since it occurred this way back in 2017. Four fixtures will therefore play out on Saturday, December 23. And the Grand National is due to be held on its latest ever date of April 15.

What is interesting to note is that over the course of the past five years, almost double the number of flat racing fixtures were staged in comparison to jump racing. In 2020, around 400 fixtures were lost from the horse racing calendar, with roughly 250 of those being flat fixtures and just below 200 being jumps. Furthermore, over the five years noted by the BHA, 1,077 fixtures were abandoned, while 17 were partially abandoned.

Not All Horse Races Are Televised…. But Are Enough Meetings Taking Place?

While most people tend to think of Cheltenham, Ascot, the Grand National and so on as being what horse racing is all about, that’s not quite true. Many other meetings occur throughout the year which do not get as much conversation going about them and aren’t televised for everyone to view. In fact, of the 49,015 races run over the past five years, just 1,269 of them made it to television – that’s a 2.59% figure.

Therefore, it is easy to understand that a lot more horse races take place per year than the average person in the UK really knows about. Have a look at the racing fixture list from the last 37 years in table above to see how much growth the industry has gone through.

Prior to 1995, there is no data available when it comes to AWT races, but it is highly clear to see that the number of horse race meetings per year has significantly increased since 1986. Of course, it is also obvious to note that in more recent times, there hasn’t been such a huge adjustment in terms of the fixtures, which have lingered around the 1,400+ mark since 2008. And the 2023 list looks like it will have a very similar layout for avid fans of the races to enjoy, with 1,478 on the schedule. 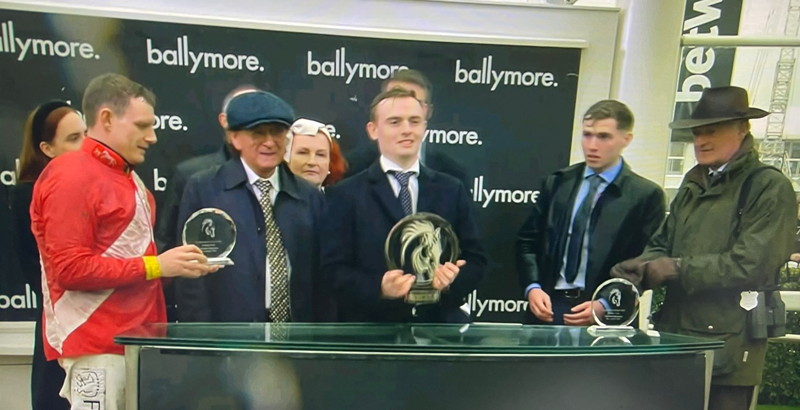 Speaking on the fact that the fixtures for 2023 look very similar to the 2022 setup, the Chief Executive of the Racecourse Association (RCA), David Armstrong, said that British racing would continue to pull in crowds and revenue. The association has been labelled by trainer Ralph Beckett as an “immovable object” when referring to any progress it could make. Having had major triumphs at events like the Oaks, St Leger and Irish Derby, Beckett ended up at loggerheads with the RCA when discussing the lack of progress being made.

While the trainer did comment positively on the increase in minimum values, he said that the number of races taking place each year needs to be addressed urgently. “The obvious and fundamental need is for the race programme to fit the horse population”, Beckett noted. Speaking on the Nick Luck Daily podcast, he continued on to say that while Peter Savill’s plan relating to providing assistance with restructuring horse racing is “well thought out and very sound”, he has a fear that “vested interests will try to block parts of it”.

Beckett went on to state that he believes everyone involved with the RCA within the last five years would agree that they are immovable when it comes to progress. Of course, those views were rejected by Armstrong. He claimed that many racecourse representatives had been involved in creating the work thought up by Savill. “…I agree that there are some really good ideas in there, which we look forward to discussing as part of the industry strategy meeting on September 19 and 20”, the CEO of RCA said. Armstrong also noted that the association is very much not against change, it’s just that they want to make the correct change.

“For the 2023 fixture list, we were already running out of time, but what’s not published yet is the race programme, so there’s still an opportunity to introduce new ideas”, he said. This led to him noting that the BHA has submitted a variety of potential adjustments, which, while individually are quite small changes, are valuable as a collection. Unfortunately, the trainers had no interest in discussing them, according to Armstrong.

How Does the Future Look for the Number of Horse Races Taking Place in the UK? 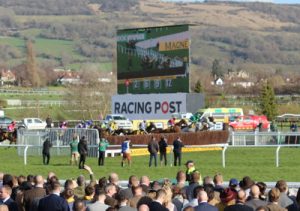 While it is difficult to predict the future for anything, Mr. Armstrong did say that he is “optimistic” that some exciting changes and innovations will be introduced for the 2024 fixtures. Yet he was also swift to comment on the fact that the UK is “in the middle of an economic crisis”, making it hard to distinguish one effect from another. However, he spoke of the issue of competitiveness as being a big one for horse racing.

In fact, it is hoped by Armstrong and the RCA that some of Peter Savill’s ideas for horse racing will finally be implemented or at least looked into for the industry. He identified two major issues to be addressed – small field sizes and what was described as “basically a horse drain, or a loss of horses at the top end”, when also appearing on the Nick Luck Daily podcast. He went on to say that “British prize money has gone up to the point when in 2022 it’s going to be £170 million”.

The problem is that all other countries have done the same but at a lot faster pace than the UK, particularly in the United States of America. “Those horses that are rated in the 80-85 range are getting offers of up to £200k to £250k to go off to America and run straight off the plane and win maidens that are worth $100,000”, commented Savill.

He suggested that a major redirection of prize money should occur, with the largest part of it going to the bigger tracks and meetings, especially when it comes to weekend events. Whether or not the RCA will follow through with such an idea, or indeed anything else that Savill suggested, remains to be seen for 2024.

Another element to be discussed is the jumps review, which should also occur in September. Therefore, Armstrong expects that the adjustments there will affect the 2024 fixture list. Whether that means even more fixtures and/or races will take place in the UK as a result is anyone’s guess. A maximum of five fixtures on any Saturday afternoon and four ‘code breaks’ are the rules currently in place. Could it be the case that more are capable of being introduced for this day or for the weekend entirely?