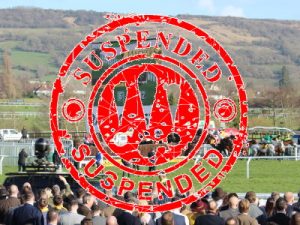 The world of horse racing is a fast-paced one at the best of times, but in current climate things are changing on a seemingly hourly basis. Not long after saying that that the sport would continue but move behind closed doors, the British Horseracing Authority has now decided that all horse racing in the country will be suspended until the end of April.

The move has been made in response to the spread of the Coronavirus, with the BHA declaring it to be a ‘national emergency the like of which most of us have never seen before’. It brings the sport of horse racing in line with the likes of football, which has also been suspended. Racing will continue in Ireland for the time being, though that will be done behind closed doors.

The Grand National Was The Turning Point 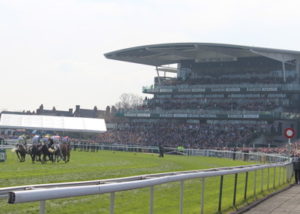 As soon as the Cheltenham Festival finished, the eyes of the horse racing community turned towards the Grand National. Many feared that the racing at Prestbury Park wouldn’t take place, so the notion of the World’s Greatest Steeplechase being run as normal seemed fanciful. Even so, there wasn’t an immediate move from the British Horseracing Authority to pull the plug.

Early on Monday the 16th of March the BHA had announced that all racing would be moved behind closed doors, but many felt that that was unlikely to work for Grand National week. The event is one of the most popular ones on the calendar for casual horse racing fans, seeing thousands of people flock to Merseyside to watch it and the surrounding races take place.

Then on Monday evening the Prime Minister confirmed a series of new measures, which included confirmation that emergency service support would be removed from mass gatherings for the foreseeable future. There was also the suggestion that people should avoid social contact and no longer engage in non-essential travel.

Some smaller events might well still take place, but the idea of one of the biggest events in horse racing being run without emergency services on hand and with a limit of the number of people able to attend was never going to cut the mustard. The decision to cancel was confirmed by Sandy Dudgeon, the Senior Steward of the Jockey Club.

“The Randox Health Grand National Festival was just three weeks away and it’s very clear to us it will not be possible for the event to take place. Public health must come first.

“We were working on a plan to stage the Grand National behind closed doors given its importance to the racing industry and beyond, but following the new government measures confirmed this evening to help tackle the coronavirus outbreak, this is not a viable option”.

The decision was backed by Gordon Elliott, the trainer of Tiger Roll who was hoping to win an unprecedented third consecutive Grand National. Though Red Rum won the race three times in the 1970s, there was a one-year gap between his second and third victory. Elliott said,

“It is disappointing but everyone has to do what’s right to get everything back on track. We’re all on the one team, you know”.

As soon as it became clear that it would be impossible to run the Grand National, even behind closed doors, it wasn’t complicated for the British Horseracing Authority to widen that decision out to the rest of racing under its control. The decision to cancel the Grand National is one of the clearest indications yet of the situation’s seriousness.

Nick Rust, the Chief Executive of the BHA, made the point that horse racing is a sport that is proud of the connections that it has with rural communities and local businesses but that the first duty of the organisation is to ‘the health of the public’. That includes ‘racing industry participants’ as well as the staff. That’s why they’ve decided to suspend racing.

As the BBC’s racing analyst Cornelius Lysaght pointed out, the major concern for racing is actually those that are not directly linked to the races themselves. It’s believed that the industry is responsible for as many as 100,000 jobs around race days, including casual workers that transport the horses or on-course workers in bars and restaurants.

Racing Is Also Being Cancelled Elsewhere 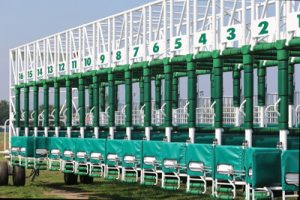 The BHA did point out that the decision to suspend all racing was one that would be kept under ‘constant review’, which is also likely to be the case with racing in Ireland. At the time of writing horse racing will continue on the Emerald Isle, although it is being done behind closed doors. How long that remains to be the case for is yet to be determined.

Ireland’s own Grand National is currently scheduled to take place between the 11th and 13th of April, with the Punchestown Festival also down to be run at the end of April. Ireland is, of course, a country that is run under separate governance than the United Kingdom and whether or not those race meetings occur will depend on the advice that they’re being given.

In America the Kentucky Derby has been rescheduled. It is traditionally run on the first Saturday in May, but a decision has been taken to push it back to the 5th of September. It means that the ‘Run For The Roses’ will not take place with its usual timing for the first time in 75 years. The last thing to stop it being run in May was the Second World War.

The Run For The Roses is the first race in American racing’s Triple Crown, coming before the Preakness Stakes and the Belmont Stakes. Those two races are also now likely to be postponed, though no official statement on the matter has been made yet. It comes as the entire world is taking unprecedented steps to try to limit the spread of the virus, which has infected hundreds of thousands of people and killed thousands so far.