Ask the average punter to name a racecourse and they’ll probably tell you about the likes of Aintree, Cheltenham or Ascot. That’s not a major surprise, given that those courses are the ones that host some of the biggest events in the industry. Yet that also means that they are the most protected from tough times, such as those being experienced by the United Kingdom thanks to austerity policies and the confusion of Brexit.

Smaller courses enjoy no such protection, meaning that they are vulnerable to the slings and arrows of outrageous fortune. The result of that is that when tough times come, the lesser known venues are more likely to have to find ways of pinching pennies or else risk having to shut down altogether.

That’s what has happened to Towcester Racecourse, which went into administration in 2018 but was believed to be heading towards being saved, only for its permanent closure to be confirmed recently.

What Happened To Towcester Racecourse? 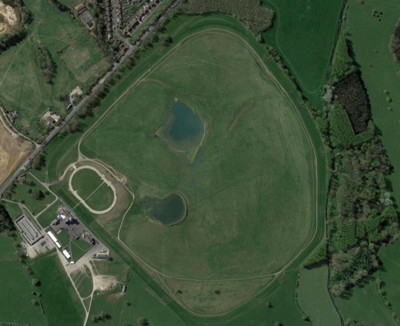 In August of 2018 the owners of Towcester Racecourse, which was also a greyhound venue, announced that they were taking steps that would see the business go into administration. The Northamptonshire course had been experiencing ‘trading difficulties’, leading to the directors of the business that run it to believe that they had no choice but to try to protect the business by looking to sell it in the longer term.

In November fresh hope was given to the fans of racing at Towcester, the course where Sir AP McCoy won his 4,000th race, when assets were sold in November of 2018, meaning that many people that racing would soon return to the course. It helped alleviate some of the problems caused by the £1.3 million debt that Towcester Racecourse Company Limited was in, but in the end it simply wasn’t enough.

Instead of racing resuming in 2019, the owners sold the remaining fixtures that were on the books for the course to Arena Racing Company. Soon after, the British Horseracing Authority confirmed that racing was to cease permanently at the course, with the BHA’s Chief Operating Officer, Richard Wayman, saying that the organisation was ‘saddened’ about the closure. With nothing else that they could do, the BHA agreed to work with ARC to find homes for the new races.

What It Means For British Horse Racing 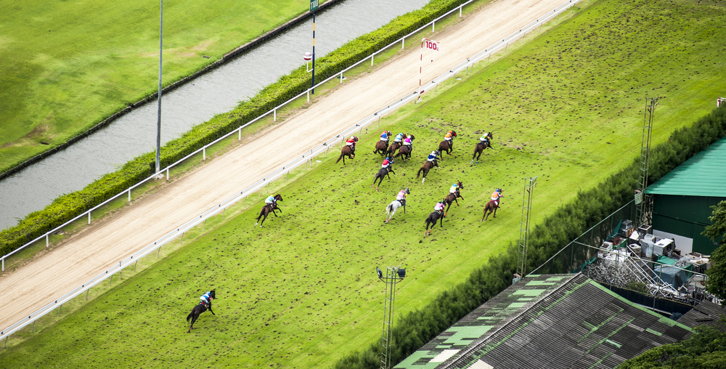 The closure is obviously a sad one for racing in general, given that fixtures first took place at Towcester in 1876. It had been the home of some exciting horse races, to say nothing of the Greyhound Derby. It was known as being the home of the ‘slow horse’ because of the tricky circuit, offering spectators a delightful sight thanks to its location in the Northamptonshire countryside. Though it didn’t have any of the biggest races on the British horse racing calendar, it did have enough interesting tests to mean that it was a favourite of industry insiders.

That Towcester was ultimately unable to be saved will serve as a warning for other racecourses, especially those that don’t have the duel income of horse racing and greyhound fixtures. Racecourses often don’t make enough money from race meetings alone to stay afloat, having to find other ways of supplementing the income enough to keep out of financial trouble. In 2017, for example, Newbury Racecourse was heading towards a pre-tax loss prior to selling £19 million worth of land to Barratt Homes for development.

That is the lot of the smaller racecourses. There are around 330 days during the year in which Ascot Racecourse does not have a meeting, leading to the owners holding concerts, selling media rights and arranging sponsorship deals in order to maintain profit. Even with that in mind, it is still the week of Royal Ascot that makes the most money, with the prestige of the event meaning that high price tickets can be sold to the 300,000 plus crowd that makes its way into the venue to watch the racing.

Where It Leaves Smaller Courses

Ascot Racecourse is fortunate to have that meeting on its books, meaning that it’s always likely to make enough money to keep out of trouble. The same is true of Aintree Racecourse with the Grand National and Cheltenham Racecourse with the Festival. Clearly not all courses are as fortunate and even those that are can’t always be guaranteed safety.

In 2018, for example, the Jockey Club admitted to plans to sell Kempton Park Racecourse in Surrey to property developers Redrow in order to reinvest then money in other courses under its command. When you remember that Kempton Park is the home of the King George VI Chase, you can see the size of the problem.

In the end no such sale was forthcoming, but the fact that the Jockey Club even considered it is a sign of the times. That is in spite of the fact that the Racecourse Association believes that attendances at British racecourses have risen by more than two million since the 1980s. That is in spite of the rise in online and mobile betting that means that people don’t need to attend a course in order to get their racing fix.

The future of Musselburgh Racecourse had been in doubt for some time, with internal disputes dominating the conversation of the owners for years. The licence for the track, which is owned by East Lothian Council, was on the brink of being given up before Chester Race Company stepped in and took it on for the next decade. It meant that Musselburgh’s future is no longer in doubt, thanks in no small part of the British Horseracing Authority’s decision to allow a third-party operator to take over the licence.

Chester Race Company had already added Bangor-on-Dee to its portfolio, showing the company’s ambition to grow and develop. The pot isn’t never-ending, of course, so CRC won’t be able to buy the licence for every struggling racecourse in the future. It is a demonstration of what can happen to ensure a course’s future, but it is just as much of a warning to other courses as it is a cause for celebration. If those in charge can’t figure out a way to ensure things are run smoothly and there is no Chester Race Company to step in, they might soon go the way of Towcester.