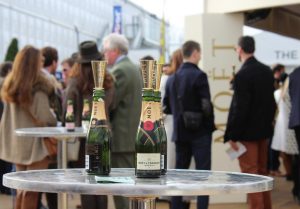 The Cheltenham Festival is now a little over six weeks away, so we’re getting towards the point when racegoers will start to pick out their outfits and start to look at the form book. One thing that can give you a decent bit of insight into what’s to come is Festival Trials Day.

The final Saturday in January is always given over to the meeting and it’s a great opportunity for punters to make notes on the horses that do well ahead of the main even in March. The likes of the Triumph Hurdle, the RSA Chase and the Novices’ Hurdle all get previews.

Here’s my look back at the Trials Day that took place on the 25th of January 2020, exploring which horses did well and which Festival races look to have favourites before the runners have even been declared.

What Happened On Trials Day?

The best place to start is by having a look at which horses won the various races that took place during the day:

Insights Ahead Of The 2020 Cheltenham Festival 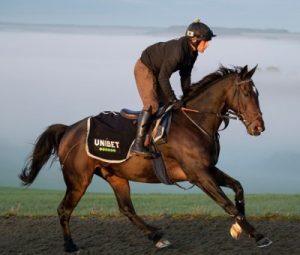 If you’ve been following the horse racing over the past year or so then you’ll know that Santini and Paisley Park are two of the most talked about names in the world of jump racing. That they both won their respective races is interesting in and of itself, but the fact that Santini beat another much favoured horse, Bristol De Mai, into second place is even more noteworthy.

Santini is seen as one of the likely contenders for the Gold Cup when the Festival rolls around, so the fact that he’s won a tough race on the Cheltenham turf only serves to enhance his reputation as one of jump racing’s best chasers right now. Given Nicky Henderson’s experience at the Festival as a trainer and Nico de Boinville’s knowledge of the course as a jockey, it could be an unbeatable trio.

In essence none of that tells us anything that we didn’t already know. Paisley Park hadn’t lost a race since October 2018 heading into the Cleeve Hurdle, so victory wasn’t surprising even if it also wasn’t assured. Emma Lavelle has done a fantastic job training him, whilst Aidan Coleman continues his excellent relationship with the horse that nearly died when it was a youngster.

Paisley Park won the Cleeve Hurdle in 2019 before going on to win the Stayers’ Hurdle at the Festival, so it’s worth bearing that in mind when it comes to placing your bets. Of course, the fact that that’s what happened means that the odds might not be all that favourable, so it might be worth seeing what Each-Way value you can get for Summerville Boy who came in second.

Away From The Favourites 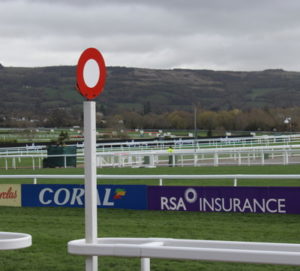 Santini and Paisley Park both doing well isn’t headline generating stuff, apart from for those editors that like to write fluff pieces about well-fancied horses winning races that they were well-fancied to win. The more interesting stories, in my opinion, comes in looking at the performances of other horses away from the favourites.

It’s Imperial Aura’s first season over jumps and his performance in the Timeform Novices’ Handicap Chase tells us a little something about how he’s progressing. Though he lost out to Simply The Betts in the end, the fact that he chased the leaders all the way around and could have won it when two from home gives us an indication about his mentality.

Likewise Simply The Betts’ performance tells us that the horse is a winner. He lost his lead at the 2nd, then regained it at the 5th before losing it three from home. Even so he kept pushing and stayed on well in trying circumstances to earn the win in a race that was competitive. It’s his third win over fences in four starts. A Close Brothers Novices’ Handicap Chase competitor?

If you’re looking for a decent outside punt for the Triumph Hurdle then Galahad Quest might be a good place to start. It’s possible that he might not start at all, so it will be a risky ante-post bet to place, but his win in the JCB Triumph Trial Juvenile Hurdle combined with the 40/1 odds you can get for him make it worth considering. He’s also been earmarked as a future Gold Cup prospect. 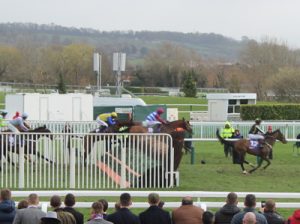 8-year-old Cepage has failed to respond well to weights he’s been given in his last three starts in previous races, but he responded well in the Paddy Power 45 Sleeps To Cheltenham Trophy Handicap Chase. He coped with the weight put on him by the handicapper in order to hold off Spiritofthegames, though his mistake at the 4th from home certainly helped.

The narrow defeat for Dan Skelton’s horse came after similar such defeats in other races recently. Beaten on the line in December’s Caspian Caviar Gold Cup as well as a third-placed finish in the Brown Advisory last year mean that he’s been suffering a case of ‘always the bridesmaid’ in recent run-outs. Odds of around 25/1 for the Festival race will be appealing, though.

Learning From The Ballymore Novices’ Hurdle 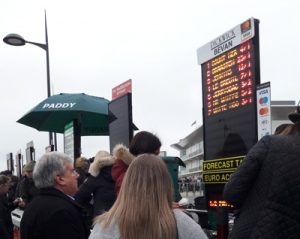 In years gone by the likes of The New One, Coneygree and Rock On Ruby all failed to win the Ballymore Novices’ Hurdle during Festival Trials Day but ended up victorious during the Festival proper, so it’s sometimes worth looking further down the results list for this race. For that reason King Roland might well prove to be one to watch when the Festival rolls around.

Harry Fry’s youngster could yet be entered into a number of races, so it might be worth waiting to see where he drops rather than risking it in the ante-post market. It was Harry Senior that ran out the runner and his jockey Robbie Power believes that he has the Albert Bartlett ‘written all over him’ in March. He joined Bobs Worth, Santini and At Fishers Cross on a list of previous winners with an impressive showing.

Paisley Park Remains The Talk Of The Day 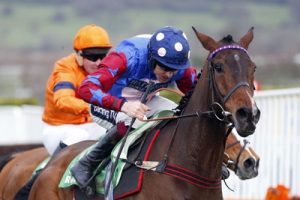 Despite all of the information that we can glean from the various other races on the day, the talk of the Festival Trials races remained Paisley Park. A victory in March’s Stayers’ Hurdle would be back-to-back wins for him, proving his ability as one of the best stayers in the jump racing market right now. The only real question will be whether there’s much value in betting on him.

The answer to that question might well lie in what Willie Mullins decides to do with Benie Des Dieux, given that he’s currently toying with whether to put her in the Stayers’ or point her towards the Mares’ Hurdle instead. If he opts for the latter then there will be few horses out there that can give Paisley Park a proper challenge, likely leading to much shorter odds. 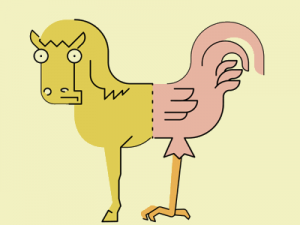 Talking about the horses that did well during Festival Trials Day is always exciting, but it’s also worth noting the horses that didn’t perform as well as expected. Whether it was the pressure of running on the main course or something else that led to disappointment, figuring that out is what you’ll need to do if you’re going to get your wagers right.

Slate House was expected to give Santini and Bristol De Mai a run for their money in the Paddy Power Cotswold Chase but in the end was pulled up before the last. That came after a mistake at the 12th and in spite of moving into fourth with 3 jumps to go. It was a shame for a horse that many fancied could be competitive after his win in the Kauto Star.

It was a similar story for My Way in the 45 Sleeps To Cheltenham Trophy Handicap Chase, also sponsored by Paddy Power. Having seemingly recovered from a particularly unpleasant fall in October with a second-place finish at Ascot, there was some money riding on him. It was money for the bookies in the end, however, thanks to a poor finish in 6th.

When Time Flies By won a Bumper on the Cheltenham course in October many thought it might be the sort of experience that would set him up nicely for the Ballymore Novices’ Hurdle. A run that completely lacked fluidity meant that he could never really get going, so his 5th place finish ended up being rather flattering if anything.

Paisley Park’s excellent performance in the Cleeve Hurdle managed to take the spotlight off If The Cap Fits, who really should have been higher up the final standings than 5th. Harry Fry’s offering was supposed to be the major challenge to Paisley Park, yet failed to live up to that billing. Even so, if he goes off at 20/1 or there about then he could have learnt enough to warrant an Each-Way wager.