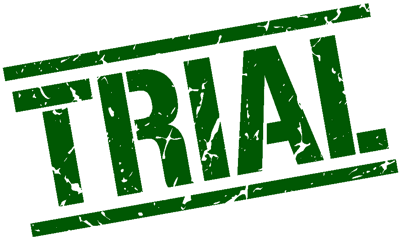 You know that it’s time to start getting excited about the Cheltenham Festival when Festival Trials Day has been and gone. It means that the main event is creeping ever closer and that you can get a better idea of which horses are likely to do well in it.

There are plenty of races across the jump racing season that you can look to for signs of what might happen when the Festival rolls around, but in Festival Trials Day you know for a fact that every race is important and will offer you a huge amount of information.

Here I’ll have a look back over this year’s Festival Trials Day to explore which horses did better than expected and which ones underperformed, hopefully giving us an idea which ones might do the same in March. Not all races that will take place during the Festival are covered, of course, but you can look to see which horses have done well on the course this year and extrapolate from that which ones are likely to step up to the plate when it matters.

First things first, let’s have a look at the races and the winning horses in each:

Which Horses Look Good Ahead Of The Festival? 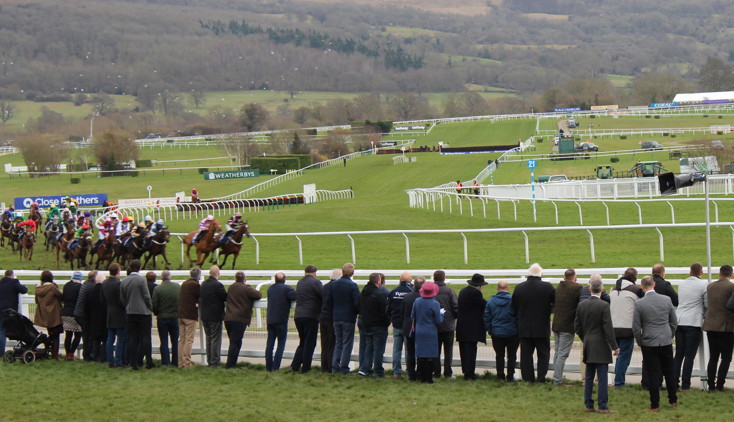 Few of the tipsters favourites performed as well as expected, but was that because the weather was a bit miserable or because this season is likely to throw up a few surprises? Your guess is as good as mine.  Still there was a lot of information in Trails Day about the runners that might do well in the Festival proper in March:

What I can tell you is the Stayers’ Hurdle is often informed by performances in the Cleeve Hurdle, so the fact that Paisley Park, West Approach and Black OP took the top three places whilst fancied names like Sam Spinner and UNoWhatIMeanHarry came 5th and 6th respectively is noteworthy in and of itself.

Paisley Park went off as the favourite, winning his 4th race from 4 and seeing his price at the Festival come in accordingly.

The Cotswold Chase, meanwhile, is the race to watch out for if you’re interesting in nothing other than the Gold Cup. On that front the much-favoured Frodon came good, but he did so in a small field of just six runners.

He won’t get the run of the park in quite the same when the Gold Cup comes around! That being said, Bryony Frost knows how to race him and they have won three times at Prestbury Park.

The Triumph Hurdle Trial is a very good race to look at ahead of the Triumph Hurdle itself (as the name might suggest), with Peace And Go winning both in 2015, Defi du Seuil repeating the trick in 2017 and Apple’s Shakira winning the Trial in 2018 and coming in third during the Festival.

It’s certainly worth noting down the name of Fakir D’oudaries, therefore, but it’s worth noting that he was as long as 14/1 the day before the race. An ante-post bet worth considering?

It’s not always the winner that you learn the most about, though. In the Timeform Novices’ Handicap Chase, which is usually seen as the race to watch for clues about the Close Brothers Novices’ Handicap Chase in March, Springofthegames was asked to carry 5 pounds more than the winner and in the end only lost by 2.5 lengths, so he’s one to keep an eye on as the big day approaches.

Did Janika disappoint in the Spectra Handicap Chase? Beaten by a head despite carrying 19 pounds more than the winner, I’d suggest that it’s a horse worth thinking about ahead of the Festival and the Ryanair Chase.

The idea of disappointment comes in the fact that it was a 5/2 favourite, but eventual winner Siruh Du Lac was the 6/1 second favourite so it’s not as if it was night and day between the two of them.

Perhaps the most intriguing result to come out of Trials Day occurred in the Ballymore Novices’ Hurdle, which Birchdale won. It was intriguing for a number of reasons, not least of all because Brewin’Upastorm had been in front until the last when he fell, leaving the route open for Birchdale to get home.

The other reason is that owner JP McManus and trainer Nicky Henderson now have a question to answer; do they put him into the Baring Bingham Novices’ Hurdle during the Festival alongside Champ, the current favourite for that race, that they’re also responsible for?

Flash The Steel and Flashing Glance, the favourite and second-favourite respectively, both ran well but came in second and third. Is that suggestive of the notion that the handicapper doesn’t quite known what Benny’s Bridge is all about? It’s certainly something to bear in mind, perhaps in the Each-Way market.

Which Horses Under Performed On Trails Day?

Let’s have a look race-by-race at the horses that were well-fancied ahead of the off and find out how they did when it mattered:

Adjali was the favourite heading into this one but came in third, sitting behind 25/1 outsider Fine Brunello who took second. Our Power was also seen as a possible outsider after his win at Newbury but ultimately came in fourth, whilst Paul Nicholls’ Dogon was pulled up.

Mister Whitaker won this in 2018 and then followed that up with a win in the Close Brothers Novices’ Handicap Chase during the Festival, so many were interested to see how Azzerti would do in case he was able to repeat the trick.

There was disappointment, therefore, when he fell three from the end, meaning that his win at Ascot in a handicap seemed a thing of the distant past.

Brelan d’As had already notched up some good performances heading into this one, not least of all when he followed up his second-place at Newbury with a win at Haydock. Fifth-place seems entirely underwhelming by comparison.

War Sound was a horse than many wanted some answers from given he’s had more runs over fences than most of his closest rivals, but an eighth-placed finish here means few will be going big on him any time soon.

Arguably the biggest question mark heading into this race was over Valtour, who beat Jammin Masters by 8 lengths when debuting at Ascot. His form since then has been questionable, so many were wondering if he could put in a performance here that would be suggestive of a horse likely to challenge in the Gold Cup.

That he was pulled up 3 from home suggests those questions aren’t being answered sufficiently to get excited over him.

Birchdale was expected to do well in this one and did, but only because Brewin’upastorm fell at the last. That’s a disappointment for a horse that has been inconsistent at times, with many feeling that a win here might have propelled him on to greater things.

Jarveys Plate won one of the Listed races on New Year’s Day to mean that many wondered how he would get on with the step up to a Grade 2 offering. His third-place finish might suggest he did ok, but in truth he was well off the leader.

Many believe that the Stayers’ Hurdle is the most open race of the entire Festival, so how competitors got on in the galliardhomes.com Cleeve Hurdle might tell you a lot. Big things were expected of Black OP after he chased down Samcro in the Ballymore last year, so the fact that his jumping wasn’t very fluid will have disappointed some.

Midnight Shadow ran well in the Relkeel on New Year’s Day and that left some wondering if he could step it up a gear. His eleventh-placed finish here probably answers that one.

Last but not least, the Steel Plate And Sections Handicap Hurdle saw plenty of people hoping that Chti Balko would improve on his last three races that he’d run well in but lost. That he came in ninth won’t have given many a reason to back him moving forward.

Equally as disappointing was Equus Amadeus who had won 2 of his 3 starts ahead of this one, including at Doncaster in December. Eighth wasn’t quite were many expected him to finish, therefore.