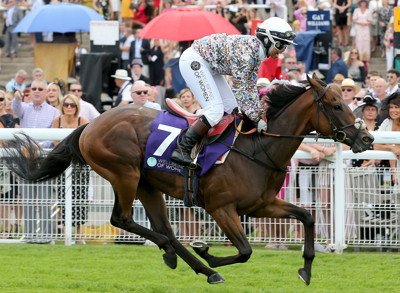 In the world of sport, everyday racism and everyday sexism can only be combatted by more people from minorities and more women being involved in sports at the highest levels.

Earlier in the year I wrote a piece looking at how female jockeys are under-estimated by punters, whilst recent performances at the likes of the Cheltenham Festival have shown that they’re every bit as capable as the men of producing top-notch performances. Whilst the battle against sexism in horse racing and sports in general is far from won, news of a female referee taking charge of the UEFA Super Cup between Liverpool and Chelsea means that we’re at least heading in the right direction in sport overall.

Yet the same cannot be said of minorities, with Asian football players still under-represented in the Premier League and, more importantly as far as this blog’s concerned, in the world of horse racing. Just as the influence of women has increased the more exposure female jockeys receive, so too will minorities only be able to make a real impact in the world of horse racing if they’re giving opportunities to do so. We should all be celebrating the news from Goodwood, therefore, of Khadijah Mellah’s victory in the Magnolia Cup. In doing so she became the first woman to take part in a race in the United Kingdom whilst wearing a hijab and, consequently, the first person to win a race doing so.

18-year-old Mellah would be forgiven for feeling proud of herself even if she hadn’t won the charity race at Goodwood, but the fact that she did so having not even ridden a horse four months ago makes it even more impressive. What adds weight to the claim that this is an important moment for Muslim riders the world over is the fact that was successful against a strong field of riders, meaning that she had to work hard for the victory.

As well as professional event rider Sophie van der Merwe, the race also featured former Olympic gold medalist Victoria Pendleton, who has been making the shift from cyclist to jockey over the past couple of years. Speaking in the wake of her victory Mellah said, “There are no words to describe this – I’m lost for words”. Little wonder considering she was riding the 25/1 outsider Haverland and won courtesy of a photo finish in the race. 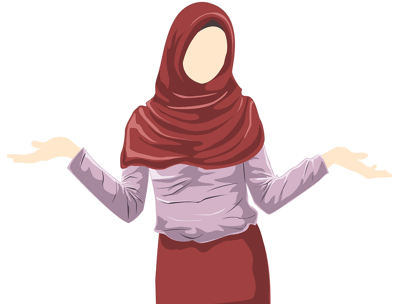 The reason Mellah’s win on Haverland is such big news is that, according to the Muslim Women’s Sport Foundation, there are very few jockeys that are female, Muslim and British and there have never been all that many, with the organisation saying that the figure would be ‘in single digits’. The BBC racing correspondent, Cornelius Lysaght, said that it was an ‘extraordinary story’, adding that it gave racing a chance to make an impression on an audience that it had struggled to connect with, namely ‘young, non-white and inner city-based’.

An amateur rider from the Peckham area of London, Mellah learned to ride horses at Brixton’s Ebony Horse Club but hadn’t even sat on a horse until April and only began galloping properly last week. Charlie Fellowes, who trains Haverland, described her as a ‘wonderful young lady’, saying, “She has a smile that lights up our yard every time she comes in. She has just taken this so incredibly well”. In becoming the first person to ride in a competitive race whilst wearing a hijab she has become the face and personality of a generation, whether she wanted to or not.

Praise From All Sides

Whilst not all of the jockeys taking part in the charity race had a vast amount of experience, with others joining the all-female race including Alexis Green, the BBC presenter, the TV personalist Vogue Williams and the former Apprentice contestant Luisa Zissman, the presence of Pendleton and van der Merwe in the line-up meant that it was a race that was to be taken seriously. Mellah said that her competitive nature meant that she wanted to win but that she ‘never expected to’. Whether she expected to or not, she was on the receiving end of plenty of praise in the aftermath of the race.

Frankie Dettori spoke to the BBC and said that it was ‘unbelievable’ and that Mellah was a ‘sweet person’ who he had met the day before the race. Cornelius Lysaght was also full of praise for her, saying, “race-riding at perhaps 35 miles an hour is a completely different thing, and here she is wowing a vast stage after just a few months….she was ice-cool under pressure”. The BBC correspondent believes that her performance bodes well for her if she choses to go for her fun amateur licence, as she’s said she plans to do.

Horses Give Her ‘Immeasurable Happiness’ 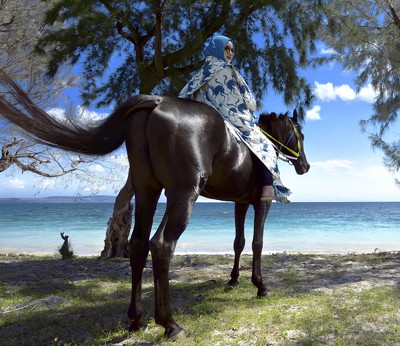 Having loved horses when she was younger, Mellah always harboured an ambition to ride them but didn’t think it was possible until her mum discovered the Brixton-based Ebony Horse Club. She said, “I never thought initially I’d ever have a future in racing at all, but now that I’ve been introduced and I’ve been riding race horses for the past couple of weeks and I’ve fallen in love with it”. She said that horses bring her ‘immeasurable amounts of happiness’ and that she hoped to carry on riding.

That overwhelming sense of emotion was plain for all to see as the 18-year-old crossed the finish line and burst into tears when she saw her family and friends. Sahiba Majeed from the Muslim Women’s Sport Foundation said that it was an achievement she could be proud of not only for her family but also for Muslim girls wanting to try sport. More importantly, Majeed feels that the next step is to ensure that ‘it’s not just about the grassroots, it’s about supporting these girls all the way to the elite’.