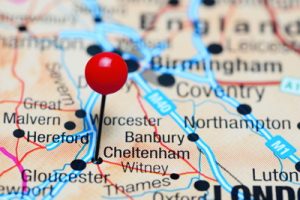 The 2020 Cheltenham Festival was the last significant sporting event to take place in the UK prior to lockdown, from 10th-13th March.  The event drew a total crowd of nearly 252,000 people with 68,500 people on Gold Cup day, this was the same day that the Premier League announced it would postpone until further notice and two days after the WHO had declared a pandemic.

In recent weeks several reports have been released that suggest allowing the Festival to continue increased local caseload and deaths.  The Liverpool v Atletico Madrid match on the 11th March has also been cited as an event that resulted in increased spread of the virus in the local community.

Increase In Deaths In Gloucestershire? 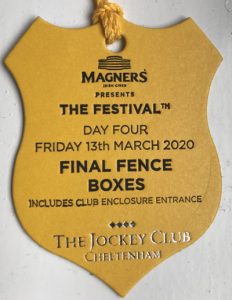 It is not just the city of Cheltenham that becomes overrun during the Festival, the surrounding areas, such as Gloucester, for up to 50 miles around see increased visitors.  Many racegoers also use the event to combine with a longer break with many people choosing to stay in the iconic Cotswolds that borders Cheltenham.

A report covered by the Guardian in April suggested that morality figures in Gloucestershire NHS Thrust was around double that of neighbouring areas.  The analysis didn’t take account of population sizes, however, with the nearby Worcestershire trust which covers fewer people showing higher number of deaths, whereas Bristol that serves more people showing fewer deaths.

Common sense suggests you cannot cram in nearly 70,000 people on a race day without increasing spread of infection.  The nature of Cheltenham also means people can be at the course for up to 10 hours in close contact, often drinking with lower inhibitions.  Customers also use cash more than usual at race days and handle bet slips, which both are handed back and forth to bookmakers.  Many racegoers also attend several days of the Festival, possibly allowing anyone infected to spread the disease more widely than a single day event, like a football match.

There are not many people that would say the Festival had no effect on infection rates but whether this is significant remains a doubt.  There are simply too many variables at this stage to say definitively whether the race meeting had a significant effect on the local population compared to other factors such as population density, average age, general health status, economic status and the local infection rate at the time of the event. 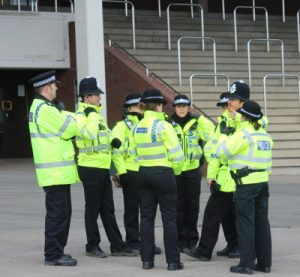 Those at most risk in the local community will be those that run services in the local area, hotel staff, guest house and B&B owners, taxi drivers, bar staff and restaurant staff, etc.  In time if figures are released focusing on these people it is more than likely we will see the Festival had a marked effect on infection rates.  Most of these workers are, however, likely to fall into a healthy age group and so it is entirely possible that even if the Festival increased rates of infection it may not have increased the rate of death.

Sadly, some of those put at the greatest risk were not there to enjoy the racing.  Ambulance and medical staff, St John’s Ambulance, police and volunteers were placed at risk due to the event.  For example, mobile medical stations set up in the city centre (largely for drunk people) may have been particular hotspots – although at the same time the fact they had these facilities did reduce admissions to local hospitals, which may have reduced the spread to the most vulnerable.

What About The Spread Beyond Cheltenham?

The fact is most of the people that attend Cheltenham don’t come from the immediate area and many of the hospitality staff and employees connected directly to the horses will also come from all over the world. Therefore, infections at the racecourse may not necessarily increase rates in the local community, especially if many people became infected at Cheltenham but were not yet infectious and able to spread the virus.

What is far more likely is that the congregation of masses of people from around the country and world at the Cheltenham Festival will have increased the spread in other areas once racegoers and staff returned home following the event.  Unfortunately, while this seems like common sense there will likely never be a way to collect sufficient data to corroborate the theory.  There is simply too much noise in the data to make firm conclusions due to myriad of other contributing factors and the lack of contact tracing and testing in the general population at the time.

The fact that lockdown was implemented the week following Cheltenham will have abrogated the rate of infection from spectators and staff who attended the racecourse.  Although more people will have become infected at the Festival it doesn’t necessarily mean they then went home and continued to spread the virus, if people followed advice and stayed at home and self-isolated then in theory most of the Cheltenham cases will have been isolated once people returned home.  Still, it is likely the fact the event went ahead will mean the virus was spread more widely, especially through workplaces, the question is whether this effect was major or minor?

Did The Measures At Cheltenham Help?

Cheltenham organisers were quick to set up multiple hand sanitation and washing stations around the concourse and staff were diligent in asking people to use them.  Signage and warnings were also prevalent although no measures to ensure social distancing were put in place, even if they had it would have been impractical for an event like this.

As someone who attended Gold Cup day this year I can say that even with hand sanitation and other measures the racecourse was packed and people were in very close contact in the stands, around the parade ring and on the tattersalls.  If there were several infectious people at the event they will certainly have spread the virus further.

Toilets, bars, food outlets and bookmakers were the clear hotspots where contact was closer than many would have liked.  In my own experience on visiting the toilet at the end of Gold Cup day there was only one soap dispenser working out of 5 or 6 and no hand towels remaining, leading to many not washing their hands at all.  I was also hugged several times by people who had a few too many.

This is the nature of what happens at a big event and Cheltenham shouldn’t be criticised specifically but it does highlight why the event probably should have been cancelled.

Fortunately the weather during the 2020 event was nice, which meant most people stayed outdoors.  Had the weather been bad it would have resulted in more people packing into the limited indoor spaces, which almost certainly would have made things worse.

Why Was The 2020 Festival Not Cancelled?

Most of the blame here has to lie with the government who at that stage, with Oliver Dowden, culture secretary, saying at the time:

“There’s no reason why people should not be going to those sort of events,”

“I think it’s very premature to be talking about that sort of thing.”

“The risk at mass gatherings was no greater or less than it would have been in pubs or restaurants, and the advice at that point was that we did not need to ban mass gatherings”

Organisers and racegoers, therefore, had every right to believe they were relatively safe to attend at that stage, although there were many calling at the time for Cheltenham to be cancelled.

Of course the BHA and Cheltenham racecourse did not have to follow the government advice and they could have decided to cancel the event off their own backs.  Likewise the local council could have intervened but didn’t.

Like most things this ultimately came down to money.  Cheltenham is the biggest event in the local economy as well as being one of the biggest events for leading racehorse owners, trainers and jockeys.  Therefore on all sides there was a vested interest to continue the event in spite of the apparent risks at the time.

There was also an option to run the event behind closed doors, which would have massively reduced any resulting spread.  Again, this would have meant refunding all tickets and a huge loss to local businesses and employees.

In hindsight running the event without spectators would have been a good solution but as always hindsight is a wonderful thing…..