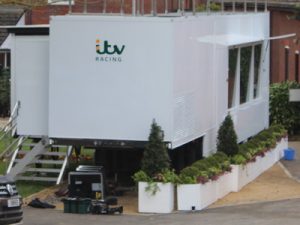 The Cheltenham November Meeting is always popular as it offers the first real insight into how top horses are likely to perform over the coming season.  The early winter event usually attracts big crowds to the course but of course for 2020 there were no spectators at the meeting due to corona virus lockdown restrictions that look likely to last well into 2021.

This however did little to diminish interest in the event as people, with little else to do with their weekend days, tuned in to watch the action live on ITV reaching a peak figure of 1.9 million viewers for Gold Cup Day on the Saturday.

While some of this increase is down to people not being able to attend the course a lot of it is due to people being encouraged to stay at home to help fight the virus.  Still, the percentage share of the viewing figures show that a higher proportion of people were tuning in in 2020 and this suggest elite jump racing at Cheltenham is bringing a welcome distraction to isolated people, particularly the elderly.

Cheltenham Set To Be Popular Over The Winter 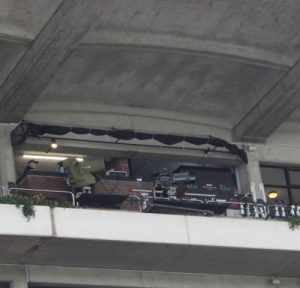 It is good news then that top level meetings will come thick and fast through the winter at Cheltenham.  This starts with the two day International Meeting beginning on the 11th December, followed by the New Years Day Meeting, Festival Trials Day on 30th January and of course the Cheltenham Festival next March.

On the basis of the popularity of the November Meeting it is expected that these other events will likely see record viewing figures.  ITV have also recognised that horse racing offers a shining light for many during the dark days of winter facing unprecedented circumstances.  The racing director at ITV, Ed Chamberlin said:

“We’ve got to keep the show on the road, not only for financial reasons but also to entertain people at home,”

“For many, particularly the elderly, racing is the one bright light at the moment and it provides an escape for a few hours.”

This means ITV will likely put even more effort into their already expansive coverage that will include moving some of the races earmarked for ITV4 over to the main channel.

It is not just older people though that are driving these high figures.  The restrictions in place also mean younger people have less to do, especially on a Saturday, and are being drawn to the highly entertaining spectacle of jump racing.

For many younger people their main exposure to jumps is watching the Grand National and while this may be the most challenging race it is hardly pretty.  Younger audiences are now being drawn into watching higher grade races with faster runners over various distances, hurdles, steeplechases, cross country and bumpers that is giving them a wider insight into the world of National Hunt racing.

A silver lining of the difficult situation created by corona virus that has impacted horse racing hard will be a new generation of fans watching from their sofas at home, which hopefully should stand the industry in good stead for the future – especially Cheltenham.  With the increased interest in the early season it could also make the 2021 Cheltenham Festival the biggest yet for interest.