Champion Day was a thrilling opening chapter to the 2020 Cheltenham Festival. Those of you that like to take things seriously when its comes to your betting will have been watching to see how the Going was and will have a good idea of which types of horses have done well so far. The meeting is getting into gear now, though, and Ladies Day promises even more excitement.

The races go up another gear, with the meeting expanding away from the Old Course for one race for the first time. That’s because of the Glenfarclas Cross Country Chase, which is often a popular one to watch for people who are keen to get some tips ahead of the Grand National. The Coral Cup is a popular event, but it’s the Queen Mother Champion Chase that grabs the headlines.

With four Grade 1 races and two Grade 3s, there are brilliant races everywhere you look. Even the fact that the Cross Country Chase is ungraded doesn’t take away from the excitement. Given that the two opening races are for novices, there’s a juvenile handicap hurdle in there and the day ends with the champion bumper, it’s a day in which you can learn plenty about the future.

What’s going on off the course is just as attention grabbing as what’s taking place on it, given that Ladies Day sees everyone in attendance upping their game in the fashion stakes. Keep your eyes on the crowd to see if you can spot someone you think deserves the title of Best Dressed. That being said, it’s the racing that matters the most so we’ll have a look at that in more detail here.

The forecast for the weather during the Cheltenham Festival is always important, but it’s doubly so on Ladies Day. Those fashionistas looking to impress will need to know whether to pack their wellington boots as well as their umbrellas, with overcoats alone not enough if the weather’s going to fall. With rain forecast for the day, it looks like they’ll need everything they’ve got.

Rain fell over the weekend building up to the Festival’s start, with 4 millimetres falling on Sunday morning. More rain is expected over Monday night and into the early hours of Tuesday, so the Old Course is expected to be Soft. The Cross Country course is being called Soft, Heavy in places at the time of writing, so the Glenfarclas might be something of a slog.

The temperature is expected to go up by Tuesday, with the Met Office forecasting 13 degrees. The day itself should be dry, but the rain that has fallen in the build-up will mean that it won’t be all that pleasant to walk around the surrounding area. The wind should also break, which is good news for the jockeys and horses.

Four Grade 1 races, two Grade 3s and an unclassified race means that the seven races on Day Two of the Festival are ones that you won’t want to take your eyes off. Here’s a look at the horses you’ll want to watch closely.

Run over 2 miles, 5 furlongs and 26 yards and featuring 10 hurdles during that, the Ballymore Novices’ Hurdle is for horses aged 4 and over with the following weight information at play:

Being a strong test of a horse’s stamina and boasting previous winners like Faugheen and Istabraq, it’s fair to say that the Ballymore is not for the faint-hearted. Gordon Elliott’s Envoi Allen won the champion bumper on this day last year and hasn’t put a foot wrong over hurdles yet, so all eyes will be on him.

Of course, that means that there’s not a huge amount of value in that bet, so an Each-Way offering might be more useful. Elixir D’Ainay tends to start well but doesn’t have the stamina to keep going, unless the excitement of the event keeps them going. The Big Getaway is seen by many as the most likely to challenge Envoi Allen, though.

Nicky Henderson’s Champ was the favourite for the Ballymore last time out and is being spoken of just as highly for this year’s RSA. He ended up finishing second in that race so will be keen to right that particular wrong. Pym is his stablemate and offers much better odds, though his inconsistency is at least part of the reason for that.

Minella Indo is another one to consider in what is likely to be a quite open field. Having won the Albert Bartlett in last year’s Festival, he did similar at Punchestown before the turn of the year. He also jumped really well at Navan in January in a race that was also over three miles, so has to be worth considering.

Speaking of open fields, they don’t come much more open than this year’s Coral Cup. The handicap race is run over 2 miles, 5 furlongs and 26 yards and is open to horses aged 4 and up. That nine of the previous ten winners started the race with odds of 12/1 or greater shows you just why it’s such a difficult race to call.

Nicky Henderson has a good relationship with this race and his mare Dame De Compagnie is back to her fighting best since being out injured for eighteen months. She’s been raised 8 pounds compared to her last race, but she won that comfortably and is therefore one to keep an eye out for in this one.

Gordon Elliott’s Cracking Smart is one of the chief Irish hopes, beating Penhill by four lengths at Navan last time out. It was the first decent run from him, though, so if you really want to opt for an Irish offering then you might want to have a look at Willie Mullins’ Bachasson. Mullins is more commonly associated with Grade 1s than Grade 3s, but there’s good value in his charge.

When it comes to Day Two at the Festival, no race is looked at with more prestige than the Queen Mother Champion Chase. The feature race of Ladies Day has been dominated by Altior for the previous two years, but his build-up to it this time around hasn’t been as convincing and Nicky Henderson said on Tuesday that he will no longer race.

In light of that fact this Grade 1 race, which is run over 1 mile, 7 furlongs and 199 yards and has 13 fences, will be blown right open. It’s for horses aged 5 and over with a weight of 11 stone and 10 pounds, though mares are given a 7 pound allowance. Willie Mullins will be hoping that Altior’s withdrawal could hand him his first ever win in this race.

His main hope of doing so lies with Chacun Pour Soi, who won at Naas in his Irish debut last year and then beat fellow Queen Mother Champion Chase hopeful Defi Du Seuil at Punchestown. Paul Nicholls will be hoping to stop him, though, and just missed out with Politologue last year. Having won the race five times, he’ll be hoping the horse can give him a sixth this year.

The Glenfarclas Cross Country Chase sees a change of course for the first time during the Cheltenham Festival, with action moving from the Old Course to the Cross Country one. This National Hunt Chase is open to horses aged 5 and over, is run over 3 miles, 6 furlongs and 37 yards and presents horses with 32 obstacles to get over during its running.

One name that will leap out to most bettors is Tiger Roll, who won this prior to his victory in two successive Grand Nationals. An injury scare has spoilt his preparation for the race, but he’s such a phenomenal horse that most won’t expect that to bother him. He’ll be looking to make a hat-trick in both races, giving Gordon Elliott his fourth win in a row in this one.

One horse looking to stop that from happening is Arlequin D’Allier, who has won three times over fences in his native France including his last race out. This is his first run in England, though, so it will be interesting to see how he responds to the weather and the journey. Easyland is another French horse that is worth a look, with JP McManus buying him after his first UK run in December.

There are only two races at the Festival that 4-year-old juveniles can run in, with this being one of them. It’s a handicap race that is run over 2 miles and half a furlong, presenting the runners with 8 hurdles to negotiate. It’s an event that Paul Nicholls has won more than any other trainer, so it’s worth keeping an eye on the prices for his two horses: Mick Pastor and Thyme White.

No jockey has won the race more than once, which is something that the likes of Richard Johnson and Sam Twiston-Davies will be hoping to change. They’re riding Zoffee and Galahad Quest respectively, whilst Gordon Elliott will be hoping that he’s got a chance to join Nicholls on three wins apiece if Aramax can do the business for him.

Aramax has been one that the ante-post bettors have taken a strong interest in, so it will be interesting to see what happens to his odds as the start gets closer. Yet it’s Blacko that looks like the clever bet, having won two in two since moving to Alan King’s yard from France. If the tradition of a new jockey winning it continues then Tom Bellamy will be hopeful.

The second day of the Cheltenham Festival comes to a close with the Champion Bumper, officially known as the National Hunt Chase Challenge Cup. Run over 2 miles and 87 yards, it’s for horses aged 4 to 6 and the following weight information is in play:

The Grade 1 race has only been in existence since 1992 but Willie Mullins has dominated it with 9 wins. His most recent one was sandwiched by two wins for Gordon Elliott, so it will be great to see the two trainers renew hostilities this time around. 14 of the previous 19 winners have been Irish, so it’s not unreasonable to assume that one of them will win it again this time out.

Appreciate It is Mullins’ chief hope, having won a Grade 2 race at a procession during the Dublin Festival last month. The field wasn’t as big as this one is likely to be, so he won’t have it all his own way this time around. Eskylane is Elliott’s main horse for stopping Mullins from making it ten wins, landing in the odds at Navan during his debut bumper. 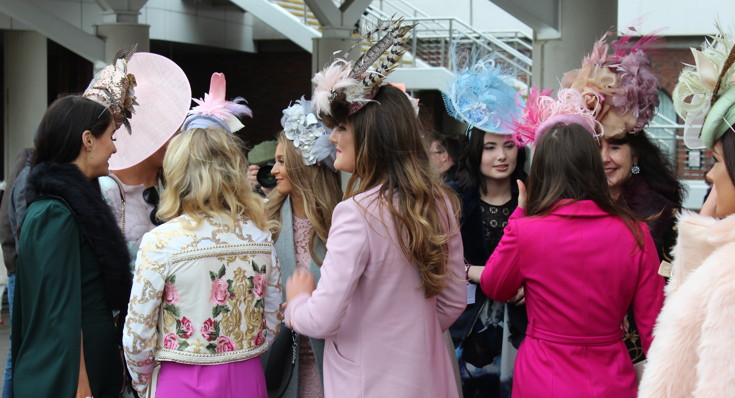 Ladies Day offers thrills and spills both on and off the course, which is what makes it such a popular one for racegoers to visit. This year it’s likely to be all about the non-English horses, with virtually every race having a decent prospect from Ireland or France. In terms of the battle between England and Ireland that takes place every year, Ladies Day could be crucial.

Having watched Tuesday’s racing you’ll know what the Going is looking like, with Soft to Heavy most likely. If that’s the case then you’re going to want to look at the horses that have decent stamina if you’re hoping to have a few winners on your card.