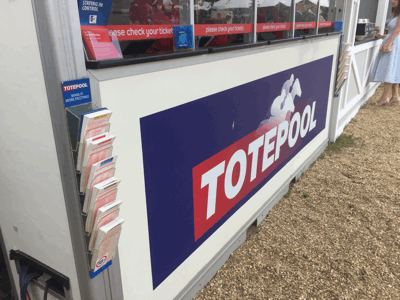 The Racehorse Betting Control Board introduced a totalisator to the British horse racing industry when the Racecourse Betting Act came into play in 1928. From 1929 the racecourse in Carlisle and Newmarket began allowing punters to place pools bets and it proved popular enough for a company called Tote Investors Limited to be set up the following year. It continued to gain customers year-on-year and when the Betting Levy Act was introduced in 1961 there were calls for the government to buy the Tote, which it did in 1962.

The Government operated the Tote until 2011, despite calls for it to be sold for years before. Eventually a decision was taken to allow companies to tender for the right to operate pools betting, with the northwest-based Betfred winning with a bid believed to be in the region of £265 million. There was an uneasy feeling from the horse racing industry when the winning big was confirmed, with many believing that Betfred’s owner, Fred Done, didn’t actually care about horses or racing and had mainly put forward his bid in order to take control of the three hundred and fifty shops that the Tote owned.

The bid allowed Betfred to take over the Tote for seven years, but as of July 2018 that monopoly has ended so what’s due to happen next to pool betting and how will it affect Cheltenham and other UK race tracks?

Want to know more about tote betting and totepool see our dedicated page.

Is The Tote Shutting Down? 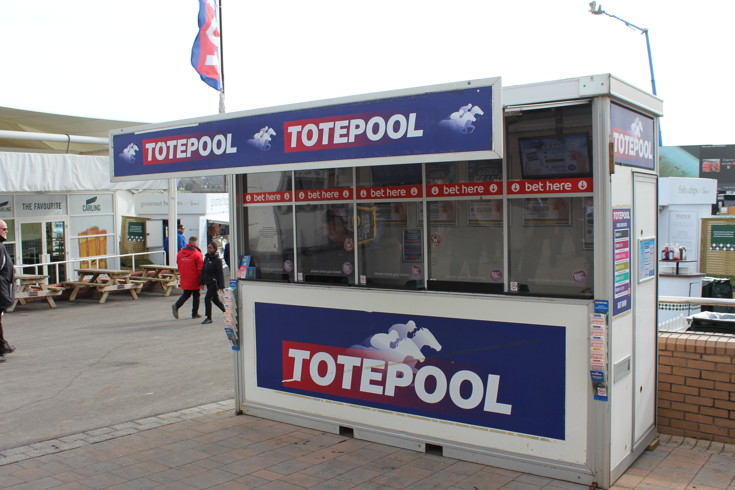 The first thing to note about the changes to the Tote is that Fred Done’s company won the right of a monopoly on any sort of pools betting at British racecourses until 2018, at which point the various courses around the country could decide for themselves what they wanted to do about their own pool betting.

Initially it was feared that the UK tote, which only represents around 4% of horse racing bets anyway, could be further diluted if separate pools were set up.  It was also feared if snapped up by investment groups the assets would be further stripped until the nearly hundred year old brand effectively died out.

Luckily two consortium, initially opponents, have come together to save the day.  The Alzeti consortium, a consortium backed by racehorse owner and breeder Alex Frost, bought a 25% stake in the Tote in May of this year, including an option to buy the other 75% at some point in the future. The aim of Frost and Alzeti was to keep the tote together as one pool with more integration, and more money flowing into, UK racing.

A company called Britbet at the same time snapped up rights to pools betting at 55 UK racetracks, including Cheltenham and every other major track except Ascot, who set up their own brand known as AscotBet (in partnership with the Tote).  Their aim is bring new technology to on-course pool betting, making it more modern and attractive to punters who so often now placed fixed odds bets online or at the course.  They also want more money to go back to UK racecourses.

Following an initial stalemate the Tote continued on as it had before following the end of the monopoly in June 2018.  Britbet provided the staff for 55 tracks signed up to them but the brand remained under the tote name and in the same pool.   At the 11th hour these two groups along with the original Tote (still 75% owned by Betfred), agreed to keep the Tote as a single pool until 2025 under the name Tote.

We will discuss the details of this arrangement next but to answer the question will the tote shut down?  The short answer is not before 2025 at the very earliest. 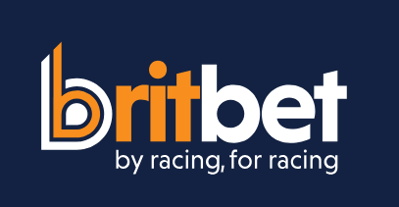 Britbet is a collaborative initiative of fifty-five racecourses around Britain that arrived boasting the slogan ‘By Racing, For Racing’. When the company was first launched, only Ascot and Chester had declined the opportunity to join up and instead decided to have their own on-site pools betting. Indeed, AscotBet was launched in July and was a project released in collaboration with the existing Tote, using information provided by the Racing Post.

Part of the reason for dislike over Betfred’s running of pools betting was that it was felt that the company didn’t give enough back to the industry, so Alizeti launched their campaign with a promise to increase the amount of money that was put back into racing from pool bets. It costs around £300 million to train horses every year, but only about £140 million worth of prize money came from the Tote in 2017.

In Australia close to fifty perfect of all bets are placed with pools companies, whereas in the UK it’s closer to four percent. As a result, Alizeti and Britbet decided to try to come to some sort of understanding about what the best way forward would be for British horse racing rather than for each individual company. Their aim was to come to an agreement that would see all pools bets, whether they’re placed in shops, online or at the racecourses themselves, will go into the same pot. In the likes of Hong Kong and France, pools betting has the monopoly but in the UK traditional bookmakers are just as welcome to take bets on racing as a non-syndicated totalisator, resulting in a weakening of pools betting.

Despite talks initially stalling, leading to a literal standstill, just before the end of October 2018 deadline the Alzeti and Britbet consortia along with Fred Done came to an arrangement to keep the Tote as a single pool under the same name until 2025.

This agreements will see over £50 million flow to the Britbet run tracks over the next 8 years, along with a doubling of the levy paid to these tracks going forward.  In addition to this the amount of deductions from pools will decrease, effectively increasing the value for the customer further.  We are also promised to see more £1M pools, new promotions and perhaps even new pools or bet types to refresh the ageing market.  The Tote itself will retain the betting shops, online Totesport website and all marketing of the brand.

Ascot and other independent courses have also joined the single pool, so, for now at least, the tote will continue as a single entity across the UK.

In the current arrangement Fred Done will retain at least partial control of some aspects of pools betting until the Alizeti Consortium are able to buy him out completely, and this will be a bitter pill for some in the racing industry to swallow.  It is certainly true however that the Tote is moving forward with more responsible owners (partially at least).  The benefits for the Tote remaining a single pool are massive and will ensure its survival, perhaps the Tote will even now make it to it’s 100th birthday.

What This Means For Cheltenham & UK Racecourses 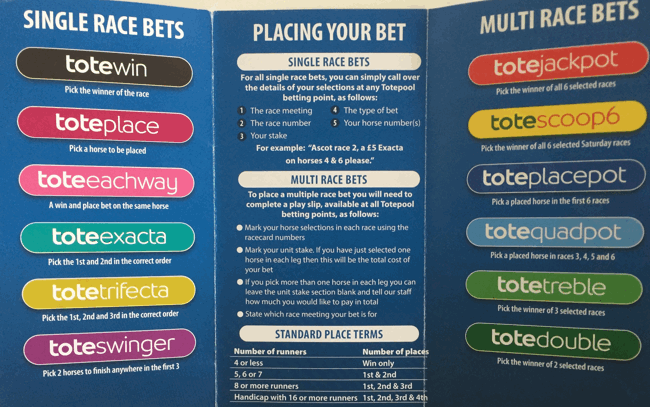 The fact that there are so many days of exciting racing at the Cheltenham Festival means that placing bets via the pool system has always been popular, especially thanks to the likes of the tote jackpot, which lets you back the winners of all of the races during each day for a mega-prize. As an example, the golfer Lee Westwood did exactly that on the opening day of the Festival in 2018 and won himself £22,000.

In terms of what all of this means for Cheltenham, the answer is now fairly simple.  Cheltenham was one of the racecourses that joined the Britbet cause when Betfred’s monopoly was coming to an end, so it’s likely that you notice little difference in light of the new agreement to carry on with the same Tote name.

The tote stalls and shops at the course will now be run and staffed by Britbet, and while this will look the same on the surface the betting experience should become quicker and better as new tech is introduced.  Frankly towards the end of the Betfred monopoly the tote has become a sorry sight, often understaffed with demoralised agency workers, but now you should see more staff and refreshed stands.

The hope that an agreement could be reached has been realised and this will see pool betting strengthen its hand rather than weaken it. Britbet will provide the customer-facing side of things at Cheltenham and other courses around the country, whilst the Tote’s products and pools bets will still be by the original company in their off course shops and online. So much of the future at the home of jump racing and elsewhere around the country depends on whether or not the Britbet and the Alizeti Consortium can reinvent the tote and take it back to its former glory.