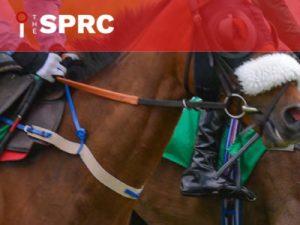 The last year has been a difficult time for horse racing to say the least.  Racing was cancelled for a period in the spring and summer of 2020, including the Grand National, and upon it’s return has faced nearly a year of racing with no spectators.  This has impacted the amount of money going into racing, which has had a knock-on effect for prize money with some courses even struggling to survive.

One of the more technical problems that was faced during this time, however, was how to calculate the starting price.  Of course, historically the SP has largely been calculated through wagers placed at the course.  Even following the last review in 2015 the price was still heavily weighted to offline betting but of course this was not possible for large periods of 2020 and 2021.  During this time the SP was calculated solely using off-course prices.

The Starting Price Regulatory Commission (SPRC) have now announced that the SP will now change permanently and will be calculated mainly using the ‘off-course based system’ even when fans return to racecourses across the country.

Why Change The SP Now?

Obviously the corona virus outbreak and the subsequent restrictions that came in brought into focus the debate around whether the SP should still be calculated mainly through on-course betting.  A debate that has been raging for nearly a decade now since online betting began to dominate.

Even before racecourses were closed to the public in 2020 it has been pointed that that very little of the takings from bets placed on horse racing are taken at the course.  The UKGC’s own stats show in the year leading up to March 2020 only 1.4% of bets were placed at on-course, a drop from 15% on the last review in 2015.

Therefore, this change was inevitable, the circumstances of the past year have simply expediated the change.

Will The SP Be Better Or Worse?

One of the things that had prevented these changed coming in earlier were concerns that basing the SP on off-course revenue would increase bookmaker margins, thereby offering lower value to the customer and more profit for the bookies.

The SPRC have sought to allay these fears.  They state:

“The measure of margins is the overround – the higher the overround the higher bookmakers’ theoretical margins. Far from increasing under the new system, overround per race has been lower in every month of the six months,”

Therefore, it is expected that this move should in fact increase value for customers.

There are some people who are worried that the prices submitted by bookies could be manipulated to increase their margin.  However, all sample prices are cross-checked with what is actually being offered on site and if there are discrepancies those samples are discounted.  You can read about how that works next.

How Is The Off-Course SP Calculated? 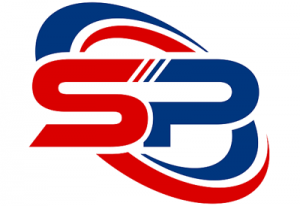 The SPRC were forced to very quickly implement a new system for calculating the SP in June 2020.  While this was obviously frustrating it also became a good opportunity for the body to trial whether an off-course SP system was a viable alternative.

For the rest of 2020 and 2021 while restrictions were in place the off-course SP was calculated using prices from:

Each bookie transmits their odds data straight to the PA (formerly the press association), a sample is then selected from which the SP is calculated.  The sampling is designed to prioritise odds from bookies offering standard each-way places rather than those that use enhanced each-way terms.

The data at the PA office is shared with the Starting Price Validator (SPV) who can then feedback on whether they think the sample is representative and fair.  The SPV also monitors the bookmaker sites directly to ensure their sample data is consistent with what is being offered on site.  If this is not accurate that bookmaker can then be removed from the sample.

On course prices will still be factored into the SP when racegoers return to courses.  They are not discounted, they simply carry a lower weight than before.

Still, the on-course price will be more influential than it should be on takings alone.  The on-course systems will contribute around 10-12.5% of the sample in future, which is still much higher than the 1.4% of bets now placed at courses.

Some had argued that the on-course weighting should be increased for meetings with high on-track turnover, however this has been discounted by the SPRC who would prefer a single simpler system:

“As things stand, we are not persuaded that adjusting the SP criteria from meeting to meeting justifies the technical complications involved and the potential confusion it might cause. “