Covid-19, otherwise known as the Coronavirus, has led to a decision from the British Horseracing Authority to move all races behind closed doors until the end of March, it has been revealed. Last week racing carried on as other sports began to shut down, with the Cheltenham Festival seeing more than 200,000 people arrive in Gloucestershire for the meeting.

Now the BHA has decided to move the rest of the meetings on its calendar behind closed doors for the rest of the month, with the hope being that most events will still be able to go ahead as planned. Some fixtures may have to be cancelled, but the BHA is hoping that they will be kept to a minimum.

The Grand National on the 4th of April has been cancelled.  Although it was planned to host the worlds biggest handicap behind closed doors the number of people involved with the racing alone would exceed 1000, including jockeys, trainers, owners, support staff, etc., plus it would require coverage by the police and ambulance service that is now reserved for handling Coronavirus. 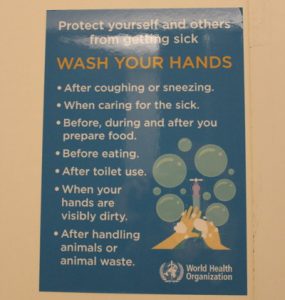 At the time of writing, the British government is not enforcing a restriction of mass gatherings but has advised against them and  has asked people to avoid non-essential travel and it is difficult to see how attending a race meeting is ‘essential’.

Instead, different sports have taken the decision into their own hands and chosen not to host events. The British Horseracing Authority appears to be following the lead of the likes of the Premier League in stopping people from being able to attend events.

Whilst it’s difficult for football matches to move behind closed doors at this stage because of the physical contact between players, the same is not true of horse racing. Jockeys rarely come into physical contact with each other, meaning that races can take place without too much fear of the virus spreading between participants if any of them have it.

Instead, the BHA has made its decision in order to reduce the demand being put on public services in order to ensure that events can go ahead. Nick Rust, the Chief Executive of the BHA, said,

“We also have a range of measures in place designed in response to the government’s guidance on public health”.

Not A Decision Taken Lightly

Though it seems like an obvious decision to move proceedings behind closed doors in order to limit the number of people coming together in mass gatherings, it was a decision that the BHA thought long and hard about. As well as the racecourses that will lose money on account of there being no members of the public in watching races, local businesses will also suffer.

“We acknowledge that today’s decision will also impact on local businesses, especially hotels and restaurants, who are struggling at this time. We are following the government’s advice to strike a balance between protecting public health and maintaining business activity, and will continue to do so. We thank our customers and staff for their support”.

The British Horseracing Authority’s own offices were closed when suspected cases of Coronavirus were reported. As soon as that happened it was unlikely that race meetings would go ahead as if nothing was wrong. There was some debate around whether the Cheltenham Festival should be cancelled altogether, but it’s a lot easier to move smaller meetings behind closed doors.

Is It The Right Decision? 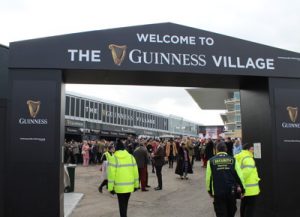 Sport is supposed to be an escape from the societal woes, giving people a release that they might not otherwise get. It’s why so many event organisers have debated many times about whether or not to cancel sport meetings. Yet when public health is at risk it should be an easy decision for the authorities to come to.

As the Liverpool manager Jürgen Klopp said in the wake of the Premier League’s decision to suspend football matches, “If it’s a choice between football and the good of the wider society, it’s no contest. Really, it isn’t”. For football, read horse racing. The ability to reduce demand on public services is good, even if fans of horse racing are temporarily annoyed at the decision.

Why Have They Cancelled The Grand National?

The best big event on the British Horseracing Authority’s calendar is the Grand National, which was due to take place at Aintree at the start of April. The event is now cancelled, the BHA had confirmed that it was liaising with the British government in order to decide if the meeting can go ahead closer to the time but the governments decision to limit gatherings forced the hand of organisers.

A statement from the sport’s governing body said,

“Any fixtures that take place in England, Wales and Scotland, initially until the end of March, will take place without spectators and with restrictions on the number of attendees”.

The first meetings were those at Kelso, Wetherby and Taunton on the 17th of March.

Tiger Roll was bidding for his third successive Grand National title, hoping to become the first horse to win it three times in succession and the first to win 3 Nationals since Red Rum. More than 150,000 people usually turn up to the Merseyside racecourse to watch the event, however, even with the course closed organisers have decided there will be too many people involved and need for public services like police and ambulances to go ahead now.

“We were working on a plan to stage the Grand National behind closed doors given its importance to the racing industry and beyond, but following the new government measures confirmed this evening to help to tackle the coronavirus outbreak, this is not a viable option.”

The Grand National will now not be rescheduled and this means 2020 will be the first year without a race since 1941-1945 during the second world war.  Prior to this the only other years without races were 1916-1918 during the first world war.  This means Coronavirus is the first thing other than world war to cancel the Grand National since it began in 1839.  In 1993 the race was declared void due to a failed recall after a false start, but the meeting still went ahead.

The effect of cancelling the Grand National will likely have wider effects compared to other sports, it is not just the industry, local Liverpool economy and bookies that will miss out it is also the general well-being of the nation and those watching around the world.  The National brings people together in a way few events can do in a modern world and would have been a welcome distraction during these times.

Coronavirus Is Affecting Most Sports 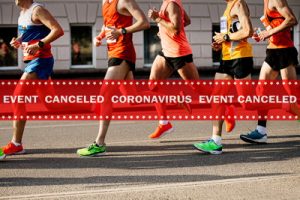 As anyone who is a fan of sport in general will know, the Coronavirus is having an impact on sporting events all around the world. The Premier League has had games postponed until the start of April at the earliest after Mikel Arteta, the Arsenal manager, tested positive for Covid-19. There is no decision yet on what will happen next as far as the English Football League is concerned.

Football and cricket has been suspended in South Africa as the country declared a national disaster, whilst other tests elsewhere in the world have also been put on hold. Formula 1 was planning to go ahead until members of the Pirelli tyre supplying team tested positive for Coronavirus, whilst the likes of tennis and boxing matches are also suspended.