There is not one area of life in the United Kingdom that isn’t going to be affected one way or another by the country’s decision to leave the European Union. Regardless of your own personal beliefs on the issue, one thing that cannot be argued with is that it will change how a myriad of things operate, with horse racing being one of them.

Horse racing took place before the UK joined the EU in 1973, of course, so many proponents of Brexit feel that there is no need to worry as the rules around the issue will simply return to how they were back then.

However, that was a generation ago and so many of the rules and regulations of the industry are tied up in our membership of the European body that it’s unlikely to be that simple. Here’s a look at what might happen moving forward. 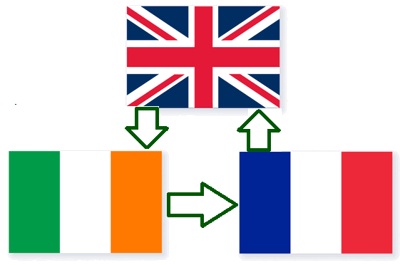 What we can discuss here with at least some sense of accuracy is what will happen to the world of horse racing after the UK’s exit from the EU; though it’s of course worth noting that what will happen will differ if we have a ‘no deal’ Brexit to one where an arrangement between all parties is agreed upon.

At present there is what is known as a tripartite agreement in place between Britain, Ireland and France. The agreement allows for the free movement of horses and livestock, but it is tied in with the country’s membership of the European Union and the EU has confirmed that it cannot continue ‘indefinitely’ once we’ve departed. The hope is that a similar agreement can be reached between all parties, but the problem is that any kind of freedom of movement is tied up with EU membership and that is a tricky thing to renegotiate.

The hope of those in the British Horseracing industry is that the EU will not want to cut off its nose to spite its face, with the current agreement being beneficial for all parties. At present, racehorses are considered to be ‘high level’ sport animals and are therefore subject to stricter control in terms of welfare, health and sanitary care, whereas if the agreement is abandoned then those levels of control will fall away to the same standard applied to any other equine.

There is a feeling that the European Union might be persuaded to enshrine these levels of care into the EU Animal Health Law bill that is likely to be passed in 2021. If they were to do so then it would filter back to the member states and the movement of race horses would be much more free, especially with countries outside of the EU that meet the same exacting standards. Indeed, even the likes of Australia and the United States could benefit further down the line.

The tripartite agreement was originally put in place in the 1960s, before Britain joined the European Union, and is now EU law. About 10,000 horses move between Britain and Ireland every year because of it, with that figure increasing to closer to 26,000 when you include France. If it became difficult for horses to move between countries after Brexit then it would not just be the actual races that suffered but also the breeding of horses.

Arguably the most famous auction ring in horse racing is that of Tattersalls, with Irish breeders attending every year in big numbers and British buyers being one of their biggest markets. In the October auction, there were close to 500 yearlings for sale in the Book 1 catalogue and of them around 200 were consigned by stud farms in Ireland. Others came from the likes of Germany, Italy and France and it is big business, with a colt sired by Galileo selling for more than £3.5 million.

A big part of the reason that the vendors and buyers are happy to work with each other so closely is that the tripartite agreement allows for what is known as ‘frictionless movement’, meaning that the horses are able to move easily and there are no welfare questions to be asked. In the event of no agreement similar to the tripartite one being reached, however, it’s possible that horses will start to suffer delays at borders and that could have significant welfare implications. At present, there are only three inspection points on the border that are approved to vet horses when they attempt to enter the UK, so an increase in traffic to those points as well as potential tariffs added could cause major issues for Ireland. 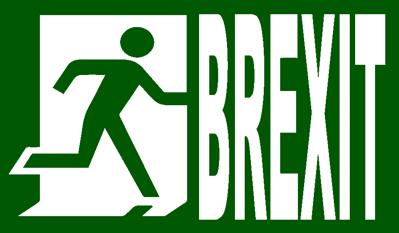 Another aspect of Britain’s decision to leave the European Union is the likely drop in the strength of the pound, which will affect the horse racing industry as much as anywhere else. If the pound were to drop then it would become more expensive for British breeders to purchase bloodstock from foreign vendors. How much that will affect the upper echelons of the industry is a matter for some debate, considering that those at the top of the horse racing ladder are almost certainly rich enough to cope with any movement in the market in that direction. The lower side of the industry might not be able to absorb the losses quite so readily, however.

Even if there is no issue with the strength of the pound after Brexit, one thing that is likely to hit the horse racing industry is the curtailment of immigration from Europe. Whether it be trainers, jockeys or simply the extra hands around the yard, the EU provides a large number of staff to the horse racing industry that will see a worrying drop off with the end of the free movement of people. The likelihood is that horse racing will have to turn to the likes of India to cover the shortfall, but there are question marks over whether or not those from outside of the European Union will be keen to work in a country that has seemingly shown overwhelmingly a disdain for immigrants.

How Could The Cheltenham Festival Be Affected?

When it comes to horse racing, there are any number of big races that take place in Britain every year. From a flat racing perspective there’s the likes of the 1,000 and 2,000 Guineas, St Leger, and the Epsom Derby and Oaks, whilst in jump racing, which we’re more concerned about here, the Grand National and the Cheltenham Festival are highest on the list.

Should Britain exit the European Union without a deal in place, these races could be severely affected because of the sheer number of jockeys, trainers, owners and, indeed, horses that come from Ireland and Europe to take part in the country’s biggest races. When it comes to the Cheltenham Festival, the 2019 running of the event will take place before the UK’s formal withdrawal from the EU is supposed to happen on the 29th of March, so the event will have at least one more outing before it is adversely affected.

The same cannot be said for the Grand National, however, which takes place at Aintree in Liverpool every April. It is this race that we can look at as something of a touchstone for what will happen next at Cheltenham and elsewhere in the industry. Speaking to the BBC channel Radio 5 live, Ross Hamilton from the British Horseracing Authority said that a ‘no deal’ Brexit would potentially stop Irish horses from being able to take part in the Grand National, with Irish jockeys also unable to compete.

The issues written elsewhere in this piece about horses not being able to cross the border into the UK in the event of a no deal Brexit would have a huge impact on horse racing, especially the more international races such as the Cheltenham Festival and Royal Ascot. They are events that attract horses from all over the world, meaning that any potential issues with being able to get into the country would likely put owners and trainers off from allowing them to take part in the biggest races until those problems have been dealt with.

As with so many aspects of Britain’s decision to leave the European Union, there is still so much to figure out if the horse racing industry is to avoid major issues when it actually happens. There is also so much that is still up in the air at the moment and we will not really know how the industry is going to be affected until we know whether a deal is going to be reached with the EU or not.

What does seem to be clear is that the horse racing industry is ahead of the curve compared to many other sectors when it comes to what will happen when Britain’s close relationship with the European Union comes to an end. As Ross Hamilton said, the horse racing authorities have been ‘pro-active’ in terms of ‘communicating all of the different things and scenarios that will happen’.