The British Horseracing Authority (BHA) last year introduced rule changes about whip usage in the sport, scheduled to be implemented fully before this years Cheltenham Festival.  However, following a fair amount of criticism from jockeys, claiming it could actually make racing even more dangerous, the BHA decided to make some changes to the rules.

Following a recent board meeting, various adjustments have been made to the rules. This all came about following the long-awaited BHA review into the use of whips. This was published in July of 2022 – 15 months later than planned and served as the first major review of whip use in over 11 years. The previous guidance on whips and penalties came in around 2011.

Many people called for a complete ban on the use of the whip in horse racing events. They pointed towards this method as being successful in Scandinavia, yet even with this, the BHA opted to keep the whip as a form of horse encouragement. Instead, a greater punishment for riders who overuse it became the focus.

Later on in 2022, an announcement by the BHA said that the new whip rules would be active in 2023. This, it said, would happen before the year’s Cheltenham Festival begins. It said that a four-week ‘bedding in’ period would occur. This is in place so to ensure all jockeys are up to date with the new whip rules ahead of Cheltenham. This means the full implementation of the rules will start from February 6th.

The sticking point with jockeys was in particular the rule that banned them from striking the horse with the forehand, allowing only use of the backhand.  This has now been revoked but other changes, in particular harsher penalties for overuse of the whip remain in place.

What Are the New Rule Changes?

The new rules surrounding whip usage have been under discussion for a quite a while and have been through various format. Howeber, following the recent criticism of the BHA the rules have been altered again for a final time.  These include:

The change comes from extra concerns raised by jockeys within the last few weeks. Some of the information was not aired during the consultation or technical discussion. This includes the fact that some jockeys may find use of the whip in the backhand more difficult. This could be the case if they have suffered from a shoulder or collarbone injury.

Thus, a period of dialogue between the BHA, PJA and jockeys took place. The board of the BHA met to further consider representations from all parties. From this, all agreed on the revision to the rules that had been set in July 2022.

The original changes came about due to many people believing the whip to be an unpleasant tool. Various critics of horse racing have been quick to point out that whipping a horse is cruel. The BHA would accept this thought, although with some hesitance. It was from this that it sought to appease these whip naysayers. Hence, the rule changes on whip usage came about.

The Original Rule Changes on Whips

The rules from 2011 were not seen to be robust enough. It was also clear to see that jockeys would sometimes overuse their whip to try and win, knowing that they would only receive a small fine, it perhaps didn’t dissuade them enough.

You only need to look at the Grand National in 2022 for this. At that event, Sam Waley-Cohen overused his whip. In the end, he didn’t face any kind of real sanction, because he was retiring after the race.

In 2022, new rules came about that introduced various things. The first was that jockeys could only use ProCush whips in the backhand position. This allowed them to encourage horses without hurting them. Disqualification can still occur if a jockey uses the whip four times more than allowed, this would be 11 times in flat racing and 12 times in jump racing.

Of course, the rule on the backhand position is now no longer a feature. The amendment to the number of times a jockey can use the whip stands in for this. This means that the full package of new measures implemented are: 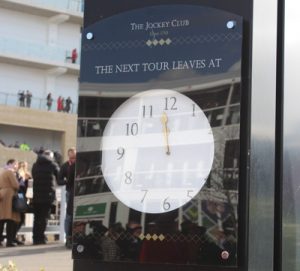 The implementation of these new rules took place on January 9th. The ‘bedding in’ period for jump racing has thus begun. Jockeys will need to ride under the new rules already. Yet they won’t be subject to new penalties during this period, that will only come into effect once full implementation occurs on February 6th. Jump jockeys can now adapt to the rules two months before Cheltenham Festival.

The soft launch will then kick off for flat racing on February 27th, as noted.

Speaking on the new whip rules, David Jones said that a thorough consultation took place. As the Chair of the Whip Consultation Steering Group, Jones said:

“Efforts were taken to listen to the views of jockeys from both codes, over many hours. This consultation has arguably been the most thorough undertaken by the BHA in relation to any specific regulatory reform in the past”.

He received back-up from Joe Saumarez Smith, Chair of the BHA Board. Smith said:

“The BHA Board had previously endorsed the clear set of objectives set out by the Whip Consultation Steering Group in the summer. They included that the perception of whip use must be improved by ensuring that its use is more judicious and better controlled. It became clear through the views raised in the last few weeks, and which were presented to the BHA Board, that the backhand-only rule could potentially have caused difficulties for some riders. However, in considering making changes it was essential that the BHA Board were not doing anything to dilute the outcome of the whip report”.