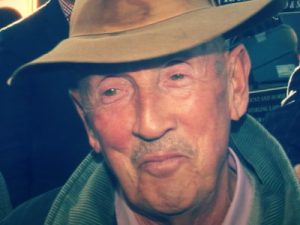 When news came through of Barney Curley’s passing at the age of 81, many could be forgiven for not recognising the name. The one set of people that that doesn’t apply to is bookmakers, who spent their careers trying to get the better of him but losing out. Born in County Fermanagh, Curley was known as one of horse racing’s most interesting characters, becoming a successful trainer as well as the scourge of the bookie.

You get a sense of the interesting nature of Curley’s life from the fact that he was originally training to be a priest, abandoning that pursuit in favour of taking on the bookmakers and training horses in his native Ireland. His battle with the bookmakers was, to use his own words, ‘not for the money’ but for the buzz. He was also a man dedicated to charity work, meaning that he’ll forever be remembered by people all around the world.

Yellow Sam Sent Him To Prominence

It’s difficult to imagine in the day and age of online betting, but in the 1970s the on-course bookmakers set the odds and off-course shops would phone to let them know if a substantial sum of money had been placed on one horse in particular, allowing them to bring the odds in. This was something that Barney Curley was all too aware of when he deployed an ally to occupy the only telephone box at Bellewstown in 1975.

His friend had got on the phone with a cover story that he was saying goodbye to a dying relative, all whilst Curley had deployed trusted friends to 150 bookmakers around the country to place money on Yellow Sam in the Mount Hanover Handicap. Having previously failed to get any closer than eighth in eight starts over hurdles, he was given odds of 20/1 for the event and the inability of off-course bookies to let the on-course ones know of their liabilities ensured that didn’t change.

In the end, Yellow Sam won the race by about two and a half lengths, resulting in a payout of about £300,000; the equivalent of more than a million in today’s money. It was the biggest coup of his life at that point, allowing him to use the money that he won to set up a stable in Newmarket that housed 30 horses. He was proud of the fact that he could pay the bills every year ‘simply from betting’ and it was Yellow Sam that started it all.

Curley’s association with horse racing might well be best remembered for the three big wins he enjoyed through betting, but it’s not the only manner in which his name will go down in history. As a horse racing owner who got his training licence in 1985, Curley did his best to ensure the development of young jockeys looking to get into the sport. Jamie Spencer and Tom Queally both worked with him, as did a young man named Frankie Dettori.

The Italian jockey was given a chance by Curley and said,

“Barney was part of my life for more than 30 years and he took me under his wing when I was a kid. He was a great man and cared deeply about other people’s lives.” The idea of him being someone who cared deeply for others was echoed by Spencer, saying, “He influenced my decision to move to the UK around 20 years ago. He always kept in touch with my mother after I moved to update her on how I was getting on.”

Curley And The Cheltenham Festival 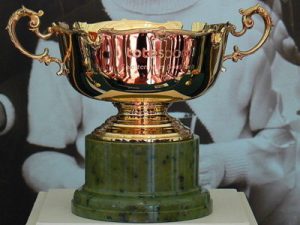 Given his association with horse racing in general and jump racing in particular, it’s not hugely surprising that Barney Curley enjoyed more than a few winners at the Cheltenham Festival. Perhaps the best known of these was Silver Buck, who had already won the King George VI Chase for two years running when he was entered into the Gold Cup in 1982. Many jockeys thought it was beyond him, having come second the year before.

There was heavy ground at Prestbury Park in 1982 and Silver Buck’s stablemate, Bregawn, was much more fancied. Having bought him for 8,000 Guineas, Curley sold Silver Buck to the Dickinson family on the understanding that they’d let him know when the horse was fancied. They did just that for the 1982 Gold Cup, giving Curley the chance to add some more money to his betting tally as the horse became the Champion Jumper for the season.

Silver Buck wasn’t the only horse that Curley had a hand in that did well at Cheltenham. Forgive ‘n Forget saw his owner win a decent amount of money when he announced himself on the Prestbury Park scene thanks to a win in the Coral Golden Hurdle Final in 1983. He went on to win the Gold Cup two years later. Sadly his final run in the Gold Cup ended in tragedy when he broke his hind leg after jumping only three fences.

In Sure Thing by Nick Townsend, the author recalls that Curley might not even have been at Cheltenham for Forgive ’n Forget’s Golden Hurdle win as he was turned away by security staff. They did so after Irish authorities had warned him off because of a debt owed to a bookmaker, but he found another way onto the course and took part in the support that was substantial enough to see the horse’s odds drop from 4/1 to 5/2.

Things might have been different for Curley if he hadn’t been sent by his grandma to place her bets at the illegal bookmaker at the age of eight, or if he hadn’t won his own bet two years later. Instead, he knew the life he was made for and in 1971 he went to the Cheltenham Festival with £700 in his pocket. It’s believed that he returned to Ireland with more than £50,000 in winnings and invested in a local pub, which he renamed the Cheltenham Arms. Forever the bettor and the winner.