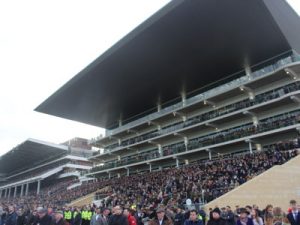 The Cheltenham Festival has drawn to a close for another year, come and gone before you knew it. It is safe to say that it was a successful year at Prestbury Park, which had pretty much everything that racing can offer. Rachael Blackmore made history by becoming the first female jockey to win the Gold Cup, whilst Willie Mullins ensured his place in the record books by training more winners than anyone else in a single Festival week. There were also records broken by the crowd, thanks to the fact that every day set a new attendance record.

It is clear that the absence of fans last year caused people to double-down on their desire to be in attendance as soon as they were able. Whether this is just a post-Covid bubble or a genuine desire to get back to Cheltenham Racecourse remains to be seen, but it has, unsurprisingly, reignited the calls for a fifth day to be added to proceedings on the Saturday. The question is, would a fifth day genuinely enhance things, or would it merely serve to dilute what has become known as one of the best meetings on the National Hunt calendar?

New Attendance Records All Round 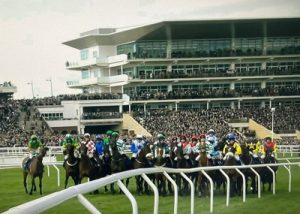 In 2019, long before Covid was a word that anyone but experts knew much about, a record 71,593 people turned up to watch Al Boum Photo win the Gold Cup. In total, 266,557 people turned up to Prestbury Park over the four days of the Festival, keen as they were to see the racing. A year later and people still turned up in their droves, but there was an understandable reluctance to be in large crowds for some, given the world health crisis at the time. Even so, 251,684 wasn’t a bad number of people to have been in attendance.

With the government inexplicably deciding that the Coronavirus is no longer a thing and abandoning basically all guidance, the crowds decided to head back to Gloucestershire in their hundreds of thousands. When Rachael Blackmore crossed the finish line with A Plus Tard to win the Gold Cup, it wasn’t the only record that was set. There were 73,875 people there to watch her, which set the record for a Festival Friday. It also took the total number of people that turned up over the four days to 280,627, smashing the previous record.

The success of this year’s Festival was summed up by Ian Renton, the Managing Director for the Jockey Club in the West Region, who said,

“So many people have said to me this week how wonderful it has been to see the racecourse with sell-out crowds and back to its brilliant, vibrant best. There is no doubt that the record numbers of racegoers who have joined us over the four days have helped to create a truly unique atmosphere which only The Festival can deliver. In an unforgettable week, we’ve seen some fantastic performances, crowned by yet another historic achievement by Rachael Blackmore which more than 73,000 people, including her own family and friends, were here to witness.”

Here are the attendance figures for each day over the past three years that crowds were actually allowed:

You can see that the numbers dipped in 2020, which is entirely understandable when you consider what was going on around the world at the time. It is also obvious how much the numbers have shot back up this year, which is proof of how keen the race-going public have been to get back on track and return to Prestbury Park.

Is It Just A Post-Covid Boom? 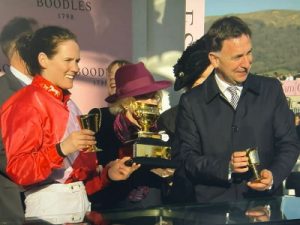 The obvious question to ask when considering this year’s record attendance at the Cheltenham Festival is whether it is just people feeling de-mob happy now that the government has mistakenly decided that Covid is over, or whether there is something more to the rise in crowd numbers. Last year, there was a general feeling of disappointment that Rachael Blackmore won the Top Jockey crown without anyone other than her fellow riders, trainers and others in the sport to celebrate her achievement.

As a result, there might well have been a number of people that turned up this time around just in case something similar happened. They were absolutely right to do so, of course, given Blackmore’s aforementioned Gold Cup win, which shattered the glass ceiling and proved that women are just as capable as men when given a level playing field to operate on. There was also the hope that Tiger Roll might end his career with one more win in the Glenfarclas Cross Country Chase in his last ever start, with boos ringing out when Delta Work pipped him to the win.

There was drama to be seen all over Prestbury Park, with every day having at least one story attached to it. The stage was set when Constitution Hill won the opening race of the Festival by 22-lengths, absolutely owning the Supreme Novices’ Hurdle to such an extent that Timeform declared it to be the best performance by a novice since it began making records. Honeysuckle’s immense performance in the Champion Hurdle was overshadowed by Constitution Hill, in fact, given that ‘on paper’ the novice would have beaten her.

This is what the Cheltenham Festival offers racegoers: the chance to be present when something historical happens. Right now, it feels as though we’re in the midst of a golden era for the Festival; one that will be looked back on by future generations as being the best overall period of racing ever witnessed. Why wouldn’t people want to turn up to watch that? The fact that so many racegoers will also be feeling demob happy after the relaxation of Covid rules will also have added to the sense of ‘needing’ to be there for the races this time around.

Would A Fifth Day Add Value? 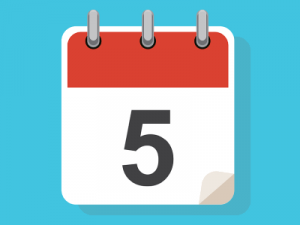 The conversations around adding a fifth day to the Cheltenham Festival are unlikely to go away anytime soon. Indeed, there is an argument that they won’t go away until an extra day is added to the meeting, with conversations then turning to whether its addition was a good idea. That, though, is something that we can probably figure out ahead of time, given the information that we have available to us. On the one hand, it definitely appears as though there is an appetite for more racing in Festival week, given the sheer number of people that turned up this year.

Yet at the same time, the addition of an extra day might well cause the dilution of the days that already exist. At the moment, there are 28 races across the four days, with seven races taking place each day. The likelihood is that another day might well see that drop to six races per day, meaning that just two more events need to be found to ensure an equal number of races each day of the week. In other words, the current days will see the number of races that they offer decrease, which will likely leave most racegoers disappointed.

It is unlikely that the Jockey Club is going to want to have to find an additional seven races, so it is difficult to see any outcome other than the other days dropping a race apiece. Those that support such a move point to the fifth day that Royal Ascot added to its meeting, which has become the busiest day of the week there. Yet that is slightly misleading, insomuch as that day was introduced with the idea of it being something of a family day, which most people would want Cheltenham to steer away from if possible.

Whilst racing on the Saturday would obviously be a big money-spinner for the Jockey Club, seeing attendance creep close to 350,000 over five days, it might not be as clear-cut a case as some people think. As an example, corporate hospitality is always a massive struggle for racecourses on Saturdays. It is a large part of Cheltenham Racecourse’s business plan, but if they’d struggle to get people to pay for it on a fifth day then it wouldn’t be the money-maker that many people assume that it will automatically be.

Ultimately, though, it is the dilution of the races that will be the major stumbling block. The Gold Cup is the Festival’s blue riband event, but would it maintain its lustre if it was moved to the Saturday and suddenly started having to compete with Premier League football for an audience? If it stayed on the Friday, meanwhile, would that mean that all of the racing on the Festival’s final day had the feeling of being after the Lord Mayor’s show? At the moment, the Festival leaves everyone wanting more, which is exactly as it should be. If they get more, though, the feeling might end up being one of disappointment.