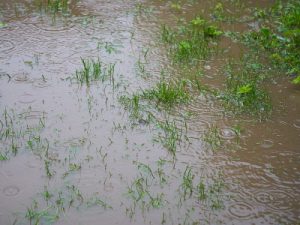 Cheltenham Racecourse was lucky in 2020 with the Festival taking place just days before all sports were called off due to coronavirus.  Since then, however, the luck of the course has changed and Cheltenham has announced that the much anticipated Festival Trials Day has now been called off due to waterlogging.

This means no racing has taken place at Cheltenham in 2021 with the New Year’s Day meeting also succumbing to the same fate, cancelled due to flooding on the course.

Racing is dramatically different at the moment and being held behind closed doors means the 2021 Cheltenham Festival will be very different this year.  Cheltenham don’t seem to be able to buy a break at the moment though as worries last year that the event would not go ahead due to the pandemic have been replaced with new fears that the festival could fall victim to the weather if the course experiences similar levels of rain in March.

Back in late December Cheltenham experienced a deluge of rain caused by Storm Bella, which made it was impossible to prepare the course for racing on New Year’s Day.

Following that disappointment Cheltenham were well aware that flooding remains a persistent issue during the winter months.  Still, they were unable to protect the course from further rain and this had lead to the subsequent meeting also being cancelled.

January 2021 has been wet in the Cotswolds and although the course did get slightly less rain than forecast this week saturated ground has meant that this was still sufficient to cause significant areas of standing water.  This was compounded by melting snow from the week before.

The course was already prepared to drop two of the worst affected fences from the running but following an inspection on Friday morning it was felt the level of waterlogging was too high for safe racing to continue.  With more rain scheduled overnight on Friday and on Saturday the course clerk announced racing would be abandoned.

Cancellation of two feature jump racing meetings for Cheltenham will be felt by the course but also by the industry in general already struggling with lost revenues.

Will The Festival Trials Day Races Go Ahead?

The Jockey Club were already in talks yesterday about relocating some of the races due to be held on the Trials Day card.  In particular the Paddy Power sponsored Cotswold Chase and Cleeve Hurdle (both grade 2) are likely to be run elsewhere, along with possibly another 2 races.  This will mean that at least 3 races will be completely abandoned this year.

It is not just a matter of finding another course to run these races at, with the whole country suffering from rain and saturated ground it could mean even if races are moved they could still end up not going ahead.  Racing at Huntingdon on Friday and Uttoxeter on Sunday was also cancelled due to flooding.  The meeting at Fairyhouse on Saturday is also in the balance and meetings due to be held at Newcastle, Leicester, Lingfield and Fontwell have also be cancelled next week.

Sandown has been selected to host the Cotswold Chase on their card for the 7th February, although, that meeting may also be cancelled due to waterlogging in places.

What Can Be Done To Prevent More Cancelled Meetings 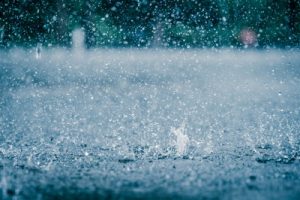 Earlier this month we wrote a piece covering the future of jump racing in light of the warmer wetter winners expected due to climate change.  What is certain is the problem of waterlogging is only going to get worse in coming years as average rainfall is expected to increase.

It is not so much the amount of rain that is the issue more the rate at which it falls.  With the UK now subject to more winter storms that cause rapid deluges it means courses are going to struggle more and more in years to come to prevent meetings being called off due to waterlogging.

While better drainage, all weather tracks and other ideas may help to mitigate some of these effects it is possible that the jump season in general may have to move around with less high profile meetings from December through to March.

Is The 2021 Festival At Risk Of Being Called Off?

The Cheltenham Festival has had scares in the past that it could be called off due to weather but is hasn’t actually been cancelled due to flooding since 1937.  The last time the event didn’t go ahead was in 2001 due to the foot and mouth epidemic.

Organisers are hoping for a dry February that will allow the ground to dry out and the water table to drop.  The worry is if the wet weather continues through February into March then it may not take much rain prior to the festival to leave the course unusable.

Whether the festival escapes the weather this year it seems as winters get wetter more contingency plans are going to need to be installed in the future.  Losing the New Years Day or Festival Trials Day meeting is one thing but losing the main Festival to rain could be devastating for the whole industry, already reeling from the effects of corona virus.