The Stayers’ Hurdle is the biggest and best race of Day Three of the Cheltenham Festival, with the build-up to it also featuring the Ryanair Chase that is proving more and more popular with each passing year. The Festival organisers know that plenty of people will be either celebrating their winnings in the wake of those two races or else drowning their sorrows, so the best way to maintain interest is to opt for something completely different. Enter the Stable Plate Handicap, also known as the Mildmay of Flete Challenge Cup.

The race was run for the first time back in 1951 and was named in honour of the 2nd Baron Mildmay of Flete who had died the year before. He was an amateur jockey who had enjoyed three winning rides at the Cheltenham Festival during his career. The race has had numerous sponsors since it was first run, with the Racing Post taking the honour from 2006 until 2008. In 2009 it didn’t have a sponsor, but was again named in honour of someone from Cheltenham’s history; namely a bookmaker called Freddie Williams. Since 2015 the race has been sponsored by Brown Advisory and Merriebelle Stable, in 2021 it was sponsored by Paddy Power and in 2022 the Craft Irish Whiskey Co. took over.

As with other races on St. Patrick’s Day, this one is run left-handed on the New Course at Cheltenham. It lasts for two miles and five furlongs and there are seventeen fences that need to be jumped by the horses over that distance. It is a handicap race, so there are no specific weight restrictions in place for the horses that run in it. It is open to horses aged five and older and is a Premier Handicap race.

One of the most interesting things we can tell you about this race is that when it was first run in 1951 it should have taken place in March but didn’t. That was because flooding of the Cheltenham course meant that it couldn’t be run as it was intended, so it was shifted to April instead. To add even more interest to that first race, there was no clear winner! Instead it was declared to be a draw between both Slender and Canford, with the jockey on Slender a certain Fred Winter. As well as being a name closely associated with the Festival, Winter is the only person who has won the Cheltenham Gold Cup, the Champion Hurdle and the Grand National as both a trainer and also a jockey.

A conversation about Fred Winter would also reveal the fact that he’s the leading jockey in this particular race, having won it on three separate occasions. His first win came in that 1951 race, with his second arriving two years later on Sy Oui and his hat-trick coming in 1958 on the back of Caesar’s Helm. Given that the race has been going for so many years it’s surprising that Winter is the only jockey to have won it more than twice. Plenty of people have done it more than once, though, including Andrew Turnell, Bryan Cooper, Graham McCourt and Tom Scudamore.

As for trainers, John Webber, Josh Gifford, Ryan Price, Tim Forster, Toby Balding and Verly Bewicke have all won it twice. Gifford is an interesting case, having also won it twice as a jockey. None of them hold the record for victories, however, and neither does Venetia Williams nor David Pipe despite both winning it three times. No, the record is held between Bobby Renton, Martin Pipe and Nicky Henderson. You might have noticed there’s something of a family connection in there, with Martin Pipe being the father of David Pipe. 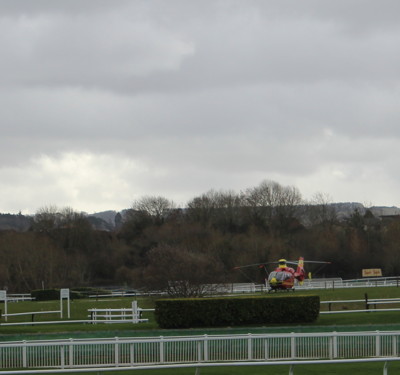 Handicap races are always interesting, with the theory being that the playing field should be as level as possible for all horses and jockeys taking part in the race. That is especially true for this race, with 26 of the previous 28 winners ahead of the 2016 race being rated no higher than 141. It’s clever of the Festival organisers to choose this as the race immediately following the Stayers’ Hurdle, then, as anything that seems like it’s something of an open field is always likely to keep people interested.

Given that both races are run over the same distance with the same number of jumps, there’s an extent to which this race is the fairer cousin of the Ryanair Chase. Clever punters will watch that one for some indication of how this one is likely to run, therefore. St. Patrick’s Day is a long one for anyone who likes a drink, so make sure you pace yourself on Day Three of the Festival if you’re hoping to see this one home.

A race that is wide open thanks to the handicapping of the horses, this is exciting because pretty much anyone can win it. There’s plenty to like about it, so don’t necessarily think that Day Three of the Festival comes to an end just because the Stayers’ Hurdle has been run.