Despite the fact that the only race of the Cheltenham Festival that those not particularly interested in horse racing will have heard of is the Gold Cup, there are actually prestigious races to watch out for every day of the week. Elsewhere on the site we’ve covered the Champion Hurdle, which is the race that the first day of Cheltenham is centred around, and on this page you’ll find out about the Queen Mother Champion Chase.

The Grade 1 National Hunt race is traditionally run on a Wednesday, which is the second day of the Cheltenham Festival. It has not always been called the Queen Mother Champion Chase, as you’ll discover shortly. At the time of writing it is sponsored by Betway and therefore has the imaginative name of ‘Betway Queen Mother Champion Chase’. From the history of the race itself through to some interesting trivia about it, this is the page you need if you want to know how the race has developed over the years.

The race is run left-handed around Cheltenham’s Old Course. It lasts for 3,218 metres, which is about two miles. Open to five-year-old horses and older, the weight restriction is eleven stone and ten pounds and there’s a seven pound allowance for mares. It features thirteen fences that must be jumped during the race.

The winner of the Queen Mother Champion Chase in 1980, its first year under its current title, was Chinrullah. Unfortunately controversy was the only real winner that year as the horse was later disqualified when it tested positive for a substance that was banned

Not Quite A Double For Edredon Bleu

Fate was not on the side of Edredon Bleu back in 2001 Having been victorious in the race in 2000, Edredon Bleu was hoping to follow in the footsteps of the then eight other horses that had won the Queen Mother Champion Chase on more than one occasion. Sadly the outbreak of foot-and-mouth disease that year meant that the Festival was cancelled and a replacement race took place at Sandown later in the year. Edredon Bleu won the replacement, but it doesn’t officially count as having done the double

Master Minded isn’t just a notable horse for being the most recent to win a double in the Queen Mother Champion Chase. When he won the race for the first time in 2008 he was just five-years-old, making him the youngest horse ever to win it

Interestingly, the honour of being the oldest horse ever to win the Queen Mother Champion Chase belongs to a horse that had also managed to do the double. Skymas had already become the oldest horse to win the race when he did so as an eleven-year-old in 1976, but he cemented his place in the history books when he repeated the feat as a twelve-year-old the following year

The Queen Mother’s love of horses was well-known, so it’s appropriate that this National Hunt calendar race, believed by many to be the toughest minimum-distance chase run in the UK and Ireland, is named in her honour. 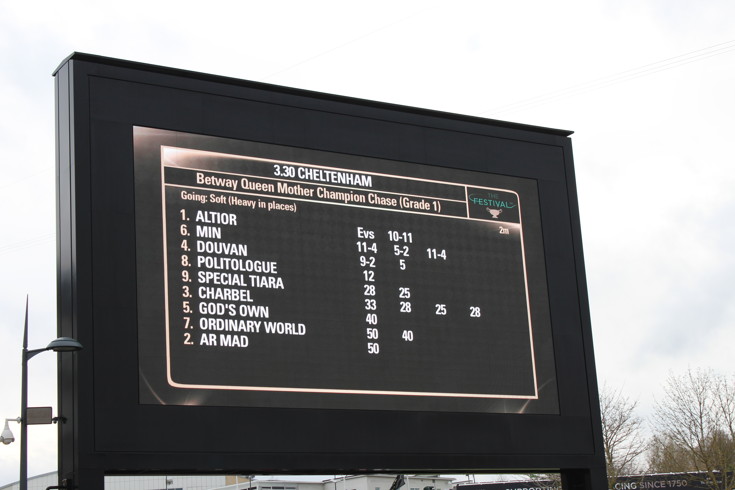 Prior to 2007 the The Queen Mother Champion Chase had resolutely avoided sponsorship, but eventually it succumbed when the event organisers were made an offer that was too good to resist by Seasons Holidays. They remained the sponsor until 2011 when the online gambling firm Sportingbet took it over. Fellow betting company BetVictor sponsored the race in 2014 and then Betway became sponsors from 2015 onwards. Compared to the other ‘Big Four’ races of the Cheltenham Festival the Queen Mother Champion Chase tends to run with a smaller field. It was not unheard of in the 1960s and 1970s for only five horses to race, whilst the largest field was thirteen in 1999.

If you’re looking for a tip on how to back a winner in the Queen Mother Champion Chase then we’ll point you towards the winner of the previous year’s Ankle Trophy. At the time of writing the previous twelve winners of that event who have gone on to run the Queen Mother Champion Chase the following season have all managed to finish within the first three horses. That includes five winners and five runners-up, so if you stick an each-way bet on the winner of the Arkle Trophy the year before you’re there then you’ve got a very realistic chance of getting your money back at the very least.

What makes the Queen Mother Champion Chase so thrilling to watch is a combination of things. Firstly, the fact that the field is relatively small means that there’s a very real chance that you’ll get to see some top-class horses in the running. It’s worth bearing in mind that the race’s winner has often been rated more highly be the handicappers than the horse that wins the Gold Cup or the King George. Secondly, the comparatively short length of the race means that the horses get to go virtually flat out, allowing for a fast-paced and exciting ride. 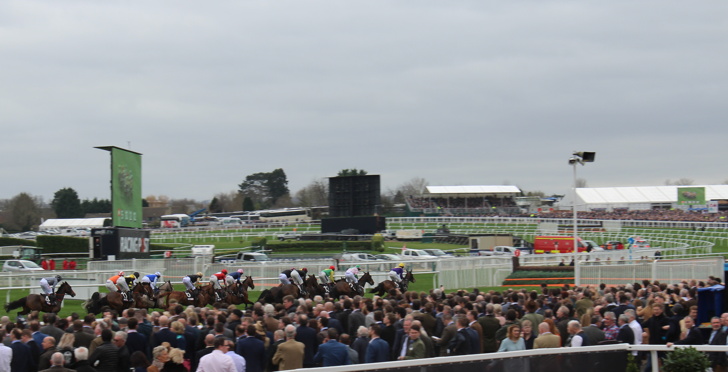 To date, only one horse has won the Queen Mother Champion Chase three times. It’s perhaps even more surprising, therefore, that when Badsworth Boy managed that achievement he did so on consecutive occasions in 1983, 1984 and 1985. There have been twelve double-winners of the event since its inauguration in 1959. These include Fortria, who was the first horse to manage this honour in 1960 and 1961, Skymas who did it in 1976 and 1977, Master Minded, who pulled it off in 2008 and 2009, and most recently Altior who did it in 2018 and 2019.

Notable mentions should also go to Royal Relief, the aptly named horse as far as this race is concerned who became the first to regain the Queen Mother Champion Chase in 1974, having first won it in 1972. That didn’t happen again for more than twenty years, when Moscow Flyer achieved it in 2003 and 2005. One of the most impressive regains of the trophy was achieved by Sprinter Sacre in the 2010s. Having first won the race in 2013 as a seven-year-old, they were victorious once more as a ten-year-old in 2016.

Though the Queen Mother is no longer with us, it is a fitting tribute to her memory that this race is still run in her honour. As a lover of jump racing she no doubt appreciated the fast and furious style of this particular race and would have enjoyed some of the aptly named horses that have won it over the years. As well as the previously mentioned Royal Relief, a horse named Special Tiara ran out as the winner in the 2017 Queen Mother Champion Chase!