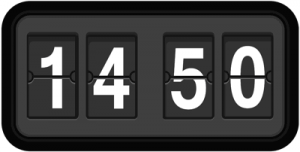 The Cheltenham Festival is renowned throughout the world, largely because it is so relentless in terms of the quality of racing on offer. Some other race courses might look at something like the Gold Cup and think that that is enough to garner people’s interest, but the organisers of the Festival never sit on their laurels. Instead they put out brilliant race after brilliant race and, though the Festival Trophy Handicap Chase is the first Grade 3 race of the meeting, it is no exception in terms of quality.

Originally known as the National Hunt Handicap Chase, the race’s name has included a sponsor ever since 1981 when the Ritz Club took on sponsorship duties. That lasted until 1996, with Astec Buzz Shop having a go for one year in 1997 before William Hill sponsored it between 1998 and 2010. In 2011 the race took on a personal meaning when the racehorse owner Andy Stewart and his family sponsored it in honour of the Spinal Research charity; it was the Stewart Family Spinal Research Handicap Chase for one year only. Since 2015 Ultima Business Solutions have sponsored the race.

This left-handed race is run over three miles and one furlong on Cheltenham’s Old Course. It is for horses aged five and over and they have to jump twenty fences before they get to the home stretch. Because this is a handicap race there are no real specifications on a horses weight. Instead the handicapper adds different weights to the horses to ensure that it is run on as level a playing field as possible.

In 2017 the winner of the race, Un Temps Pour Tout won it for the second year in a row with jockey Tom Scudamore, who followed in his father’s footsteps when he won it for the first time in 2008, with Peter Scudamore winning it back in 1986. David Pipe was the winning trainer for all three of Tom Scudamore’s victories.  In 2020 trainer David Brigewater won with The Conditional, he won the race as a jockey in 1997.

Records for the race only go back as far as 1946, so it’s impossible to say that information on its most successful participants is definitive. Even so, the Handicap Chase is one that trainers love to win more than once. Bob Turnell, David Pipe, Jonjo O’Neill and Tom Dreaper have all won it three times. Interestingly, three victories isn’t enough to earn the right to be called the race’s most successful trainer, as both Fulke Walwyn and Fred Rimell have won it four times.

Eleven different jockeys have won the Handicap Chase on two occasions. Names that have achieved that include Richard Dunwoody, Pat Taaffe and Barry Geraghty but, once again, that’s not enough to claim to be the race’s best jockey. For a time that honour belonged solely to Robert Thornton, whose wins in 2004, 2005 and 2011 were enough to put him ahead of his rivals. When Tom Scudamore came home for the second consecutive year on the back of Un Temps Pour Tout, however, that was all change. Instead to the two jockeys share the honour with three wins.

If you’re the sort of punter that likes to know about where horses may go in the future then this is something you’ll want to bear in mind: a number of winners of this race have gone on to win the Grand National in the future. Sometimes they’ve even won it in the same year as Aintree’s most famous race, though often they do so in subsequent years. Winners of both include Team Spirit, Rough Quest and Royal Tan. Three horses have won this race twice but, at the time of writing, none of Sentina, Scot Lane or Un Temps Pour Tout have then gone on to win the National.

Well known Grand National runner Vintage Clouds won the race in 2021 at the fifth time of asking.  Unfortunately there were no crowds that year due to the Covid-19 pandemic, otherwise that would have produced a hell of a roar from the stands.

For any snobby racegoers the Festival Trophy Handicap Chase might feel like a moment to take a breath after the excitement of the first two race’s of the Festival. It’s true that this is the only Grade 3 race of the day and in many ways it runs the risk of being overshadowed by the Champion Hurdle that comes up straight after it. Yet it’s the first handicap race of the week and as such offers an opportunity for lesser-known horses to fancy their chances.

If you’re wondering what to look for betting-wise when it comes to the Handicap Chase then don’t overthink it. Between 2013 and 2016 all of the race’s winners went off as double-figured options with the bookies. Even when Un Temps Pour Tout picked up its second win in as many years in 2017 it did so with a starting price of 9/1, and the Nicky Henderson trained Beware the Bear won in 2019 at 10/1, so don’t think that long odds means there’s no point in having a flutter if you fancy your horse’s chances.  Vintage Clouds won at 28/1 in 2021 and Corach Rambler at 10/1 in 2022.

If the Gold Cup is the race that the rest of the Festival feels like it’s building towards then the Champion Hurdle is the equivalent for Day One. That is why the Festival’s organisers have put a Grade 3 race directly before it, so as to give punters a chance to get themselves ready for the big one. Regardless of that the handicap nature of the race means that you’re likely to get the chance to see something special from an often unlikely quarter.